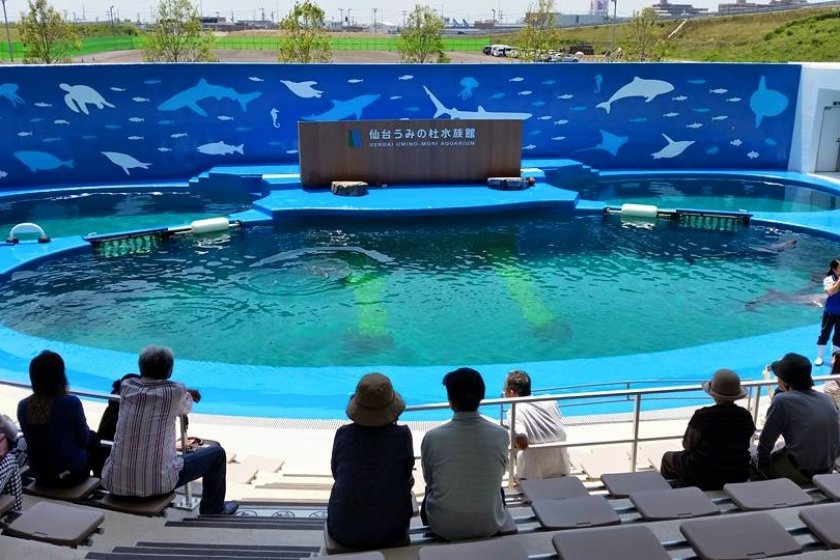 Umino-Mori Aquarium makes a splash at the port area

Visitors await the start of the dolphin show

July 1st marked a big day for lovers of sea life, with the opening of the Sendai Umino-Mori Aquarium. The new facility is located in the port area of Sendai City, Miyagi Prefecture, surrounded by chain stores and factories.

If you have been to the former Matsushima Marinepia Aquarium, you will notice that many of the exhibits, and even some of the staff, made the move to the Sendai Port area. The new aquarium is more than just a facelift though; it has been expanded, completely modernized and includes English explanations throughout.

The aquarium stands out for highlighting the coastal environment of Miyagi Prefecture. It lets visitors see below the sea’s surface and understand how oysters live, how they are farmed as well as the many local fish this region is famous for. Near the entrance is the main attraction: a massive tank featuring a rare blue shark and a circling school of sardines. The stage performances returned, but this time the humorous trained seals are joined by dolphins who impress with their speed and strength.

The penguins also made the move from Matsushima into much larger enclosures. Be sure not to miss them on the outdoor patio area and if you’re lucky you can watch a horde of them waddle behind the aquarium staff as they are individually hand-fed.

Direct Bus: Starting in January 2017 is a direct bus connecting the aquarium with Sendai Airport and Matsushima.

Roger was inspired to move to Tohoku following the 2011 earthquake and tsunami to help support the recovery. He currently works with the Town of Matsushima to make it easier for foreign travelers to visit. You might just find him catching the sunset from Fukuurabashi Bridge or relaxing in the gardens of Entsuin Temple, two of his favorite Matsushima spots. 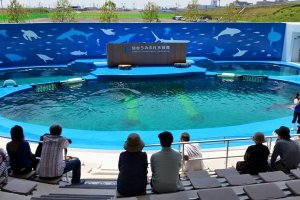