Ochiai is a fairly small, but growing, area of Sendai. It's about 20 minutes away from Sendai by train, heading towards the mountains of Yamagata – it doesn't really feel like part of the city. Ochiai seems to have grown out of its more famous neighboring town, Ayashi, which is the next station along.

Traveling on the Senzan line towards Ochiai is still an experience even after having repeating it so many times. The first part is through the urban landscape, where there's plenty to see – you can even catch a glimpse of the Daikannon in good weather. After that the train goes through a tunnel, and you end up in a slightly different world – greener and less flat.

Rikuzen-Ochiai station is quite small, but even the rapid trains stop there. A lot of people commute to Sendai from here, and that number is growing. While you're walking around you might spot some building works, but they'll soon be apartments, because they build fast in Japan. As you leave through the south exit, take a moment to enjoy the view towards Yamagata, which is beautiful. If you want to see hills yourself, you can be there in about ten minutes, walking with the station at your back, but be warned: this is bear country. The monkeys aren't too friendly either, so don't wander too far into the undergrowth alone.

There are plenty of places to go anyway – not so green, but tastier. The area is famous for its ramen shops – many people will say it's Ayashi, but most are much closer to Rikuzen-Ochiai Station than Ayashi Station. Ayashi was named after the daughter of the Crown Prince of Japan, using a different reading of the characters for her name. It also used to be the main route to reach the onsen (hot springs) in Akiu, so it's not surprising that it still overshadows its newer neighbor.

The ramen varies in price, quality and type. The best places are the independent stores, like Mizusawa, where locals queue at the weekend, Orikyuu (where they queue all the time) and Menkui. Mizusawa is very close to the station and specializes in chuukan ramen; Orikyuu uses Sendai miso; and Menkui is a short walk and has a rather unique garlic ramen. Kourakuen is the cheapest in the area, but it's clearly commercial ramen; Sendai-ko is a reasonable price and serves reasonable ramen – the store here is the only one that serves salt-based ramen.

There are other good restaurants, like Ojou Japanese Home Cooking, or cafes like Bakery Wales, but Ochiai doesn't really boast any sightseeing opportunities. At the weekend you might see some drills at the fire station and there's occasionally something happening at the community hall, but nothing very exciting. Most of the shops are duplicated in Sendai, including the karaoke place, and most are, strictly speaking, actually in Ayashi. It's a nice place though, and if you want a rest from the bustle of central Sendai, a ramen trip to Ochiai could be your breath of fresh air. 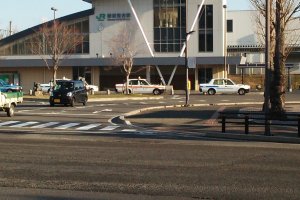 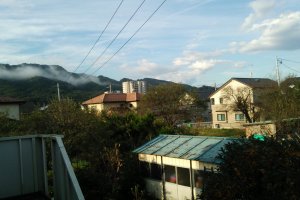 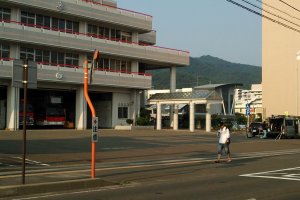