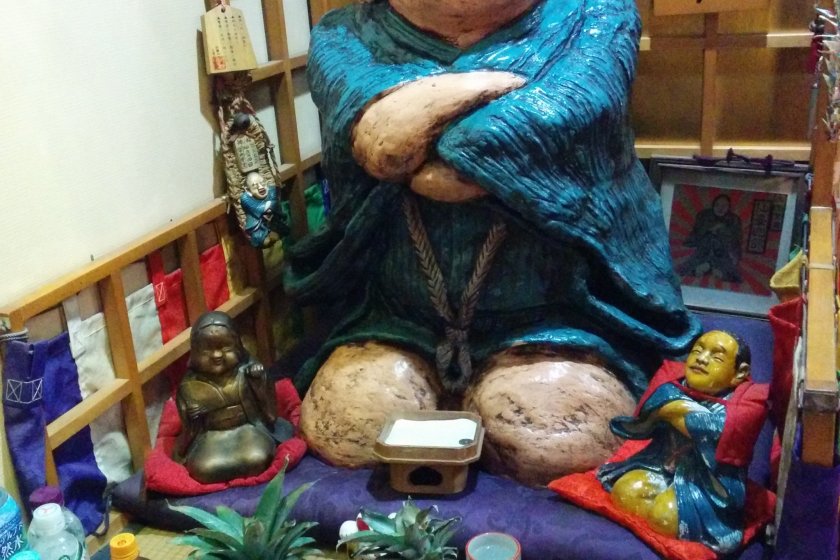 The Legend of Sendai Shiro

The spirit of a city is hidden inside a shopping arcade

Sendai Shiro, enshrined as a local deity of good fortune

Who is Sendai Shiro? He is Sendai City's biggest secret hiding in plain site. You'll only see him if you are looking, and you'll only care if you know of his importance.

Sendai Shiro (仙臺四郎 or sometimes 仙台四郎), born Haga Shiro, was a real person who was said to have lived during the late Edo period through the early Meiji period from 1860-1902. He was born a man but is remembered as a god of fortune. Like most legends and their back stories, there are several slightly different versions of how Sendai Shiro came to be. I will be sharing a mix of what I have read, heard, and seen.​

One hot summer August evening, the young boy Haga set out to see the fireworks marking the beginning of the city famous Tanabata Festival. Just like today, the best spot to see the fireworks is along the Hirose River. Fighting the crowds and struggling to get a better view, the innocent boy leaned too far over the ledge of a bridge and fell head first straight into the shallow river. Possibly hitting his head and nearly drowning, Haga was never the same. Likely suffering from brain damage, he lost the ability to use or remember most speech and his mental ability deteriorated. Most origin stories fail to mention the boys' parents or guardians. Maybe the young boy was abandoned after the accident. In either case, Haga soon became a common sight wandering aimlessly downtown around the shopping arcades, rarely talking but always smiling. As time went on, something strange began to happen.

Stores Haga frequented did well, even prospering in business. At the same time, establishments ignored by the iconic shaved-head and now growing larger man soon went bankrupt. Locals started calling Haga Shiro a good luck charm. Shop owners tried to coerce Haga into their stores and restaurants were known to treat him to free food. He was a popular sight and everyone wanted to be his friend. It must have been a leisurely life for someone who would have struggled to survive without the care he received from others.

Time went on and eventually Haga, now in his late forties, disappeared from the busy marketplace. Some say he wandered off to die or wandered off then died. To where? No one knows for certain. Several years after Shiro's mysterious death, a shrewd businessman had the idea to sell good luck charms with Haga Shiro's picture and face. The goods became wildly popular and Haga Shiro was soon immortalized as a city legend; the god of good luck, wealth, and prosperity would forever be known as Sendai Shiro.

More critical observers discredit the Sendai Shiro myth. They argue businesses which care little about their customers or reputation and only about money, probably had poor business practices. It was natural for them to be uninviting and eventually close down. Conversely, stores with excellent people skills would serve and welcome someone like Haga. Having the supposed good luck of Sendai Shiro played little importance to these stores as it was their customer service which really brought in customers and secured continuing and future success.

The spirit of Sendai Shiro is enshrined in Mitakisanfudo Temple (三瀧山不動院). It is a temple located right inside the middle of Clis Road, the heart of the same shopping arcades Sendai Shiro became a legend. The Shingon sect temple is impressive in its own right with several artistic Buddhist statues inside its main hall. The lane leading to the prayer hall has Buddhist items sold on the right side and Sendai Shiro goods sold on the left. Climb the few stairs and look left before going inside the main hall to see a statue of Sendai Shiro. Why not pray for riches here? Next to the statue you can see images of him in picture form. These same pictures of the real Sendai Shiro can be found in many businesses across the city, usually near the cash register watching over the money. Take a look and you are sure to spot them during your travels. Also keep an eye out for the Sendai Shiro look-alike known as "Heisei Shiro." This cheerful man appears in some local promotional internet videos and can be seen at some local events.

While all visitors to Sendai quickly learn about samurai lord and city founder Date Masamune, and the must-try-if-you-come grilled cow tongue dish gyutan, it is learning about and mentioning Sendai Shiro which is sure to gain you the most respect from the locals. 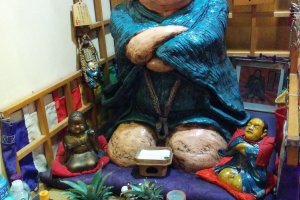 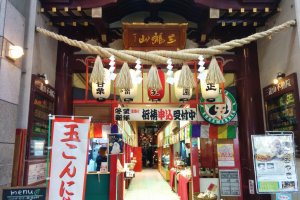 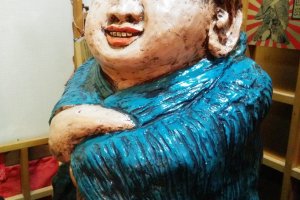 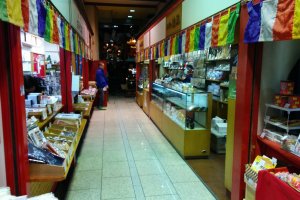 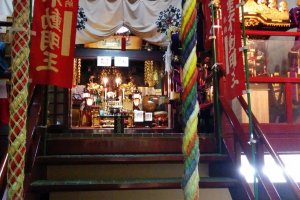 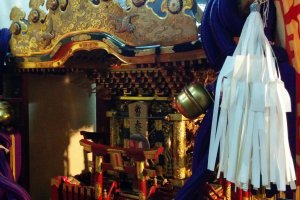 Mandy Bartok 6 years ago
An interesting cultural "tidbit" that we otherwise might never have known, Justin. Thanks for sharing! I'll keep my eyes peeled for the temple if I am ever up in Sendai again.
Reply Show all 0 replies
1 comment in total