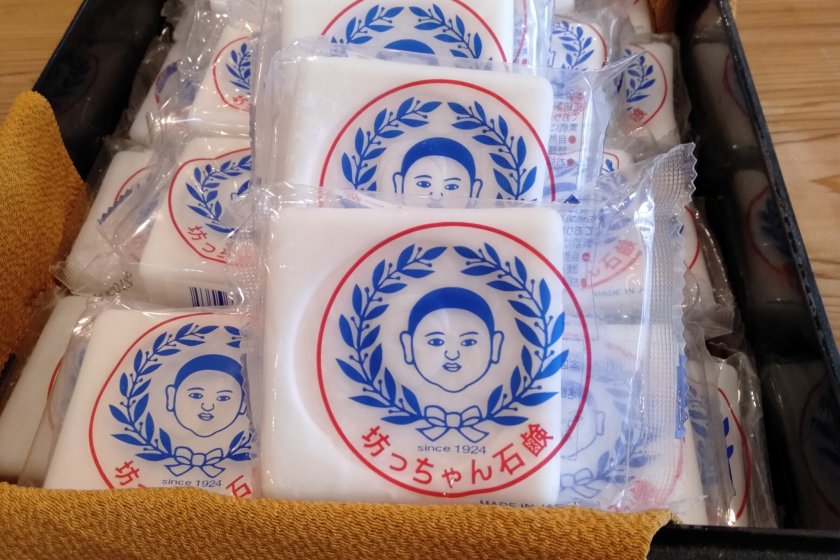 The Soap of Sendai: Botchan

A 100g version soap is portable and affordable

Japan is well-known for their traditional crafts and more recently craft sake, but the word "craft" isn't usually associated with items like soap. However, "Botchan" soap, first created and still sold in Sendai City, Miyagi Prefecture, is made carefully one-by-one in a process that takes over 60 days. It could, and certainly should, be called a craft soap.

The history of Botchan soap dates back about 100 years to 1924. Originally the soap was created to wash silk fabrics since a gentle soap without harmful chemicals that could damage garments was necessary. There were not many high quality soaps at the time, so the soap was adapted and marketed for daily hygiene. The soap was a joy for regular townspeople, as well as a blessing for those with sensitive skin. Due to its high quality and many loyal fans, Botchan soap is still popular today.

The additive-free soap, made from beef tallow and coconut oil without any surfactants, colorants, or antioxidants. Besides that, water and salt are the only ingredients. As far as soaps go, Botchan is on the sustainable and eco-friendly side.

The Botchan soap brand is easily recognizable in drug stores around Miyagi Prefecture due its memorable name and packaging. The original owner used an image of his son not only on the package, but imprinted right onto the soap itself. The name "Botchan" is borrowed from the novel of the same name, written by Natsume Soseki in 1906. The founder was a big fan, and that author and book are known by almost all Japanese people. That means the name was a surefire way to attract attention and potential customers. These days, the company does many Sendai collaboration designs on their soaps, such as images of city founder Date Masamune, Sendai Shiro, or pro sport team logos.

With its fun designs, eco-friendly process, compact size, and immediate practical use, I want to recommend the soap as a local souvenir. Unfortunately, there are no souvenir shops that sell the soap. Instead, look inside larger drug stores or pharmacies, the company’s online shop, or visit the stand-alone shop in the Nagamachi neighborhood, just a few minutes’ subway ride and walk away from Sendai Station. 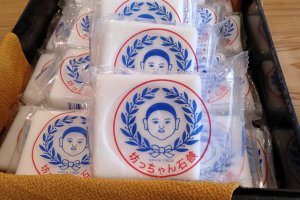 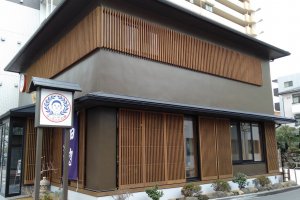 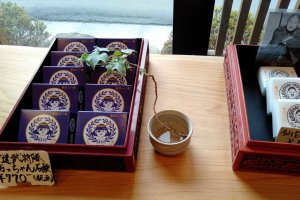 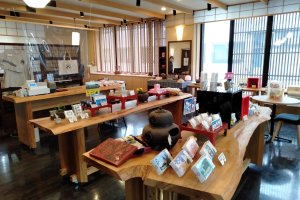 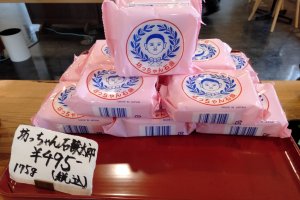 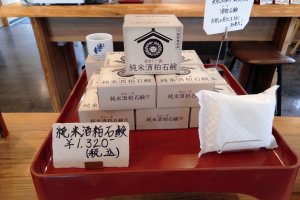 Bonson Lam a month ago
That is slow cooking at its best. I wonder what Natsume Soseki would say if he saw of its success now.
Reply Show all 0 replies

Sleiman Azizi a month ago
I wonder what is preventing souvenir stores from selling it?
Reply Show all 2 replies

Justin Velgus Author a month ago
I'm not sure. They sell online, even Amazon, and drug stores. The business started in Sendai, but the factory is in a nearby town. That may come into play if the tourism association is allowed to promote them or not. Anyways, this is something I hope to follow-up in the future with good news!
Reply

Sleiman Azizi a month ago
Should be an interesting report!
Reply

Kim a month ago
Practical souvenirs are the best kind, in my opinion! I like their logo!
Reply Show all 2 replies

Justin Velgus Author a month ago
Do you have any other souvenir recommendations you like to give?
Reply

Kim a month ago
Food items (boxed omiyage, Kit Kats, any other fun and easy to mail things!), tea, fabric items like Imabari towels are nice...basically anything that will get used is a win in my book!
Reply
7 comments in total