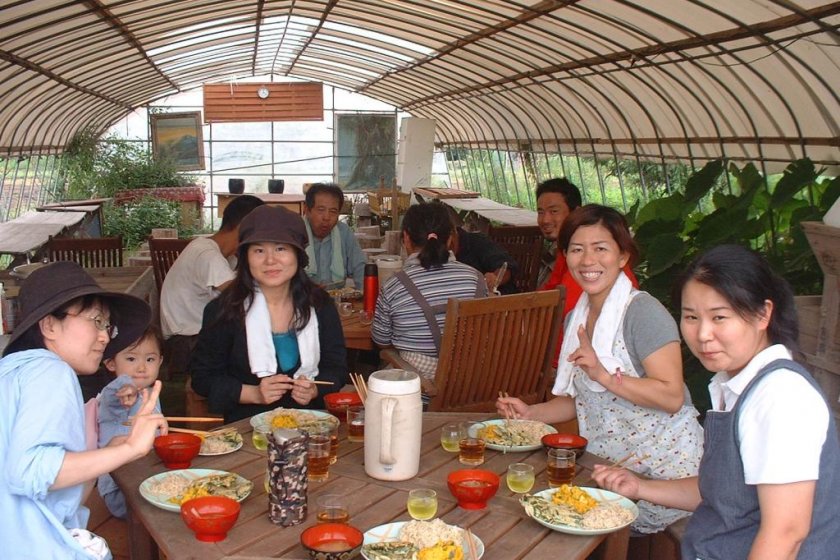 Organic food, free from pesticides and chemical fertilizers, has, until recently, been the main method of separating “safe” food from that which exposes people to increasing levels of toxins over time. From March of 2011, “radiation free” was added to the criteria as people, especially those with small children living close to the crippled Fukushima power plants, have become concerned about the possibility of internal radiation and the lack of sufficient government oversight.

Prior to that, Hayakawa Nouen, established around 1995, was one of many organic farms in the town of Aya, about 90 minutes west of Miyazaki city, a town whose water is so pure, it is also the home to a number of Shochu distilleries (clean water playing an important part in the process). Overnight, Yuri Hayakawa and her family, transplants from Nagoya, were shipping vegetables, rice, and chicken to Fukushima and cities nearby, some of her customers being displaced organic farmers themselves.

The Hayakawa farm also plays an active part in promoting organic agriculture and frequently sponsors farm-stays where people can live and work on the farm. The farm supplies some of its produce to local supermarkets, but also supports restaurants employing mentally and physically handicapped people. In addition, some of the workers at Hayakawa Nouen come from these same facilities.

If you are living in Japan and can read and write Japanese, you may be interested in visiting the farm when they are accepting volunteers. They also have simple lunches (600 yen) most days of the week, requiring a day’s notice, and a macrobiotic buffet (1,500 yen) requiring a week’s notice. As these are very popular with groups, it is wise to contact them long in advance. When I was there, they were humored to see me, 27 years a resident of New York City and even longer of Tokyo, doing my best to avoid the bees and other flying things that didn’t phase them at all. As one said, “if it makes the bees happy, you know the food is good for you!”

You can also order a box of seasonal vegetables, which varies by season. In the summer, you might get 6-10 freshly laid eggs, bitter melon, okra, gobou, sato imo (and other parts of the plant), nira and other things-at least 10 items in all. This can be sent (currently 3,500 yen a box) once a week, once every two weeks, or once a month. Additional items (a whole free-range chicken, brown or white rice --or 5 bun tsuki and 7 bun tsuki-- which are in-between brown and white; also wheat, rice and soba flours and home-made ginger or carrot jams) are available on request. You pay at your post office within 10 days of receipt of your order.

For those unable to communicate in Japanese, Miyazaki-based Nangoku-Jiyu-jin will take your order and translate it for the Hayakawa farm staff. If you wish, they can provide a translation of the note that usually accompanies the produce telling you what you are getting and how you might want to cook it. They can also assist with inquiries about farm-stays and the weekday lunch offerings, plus offer limited assistance with general Miyazaki travel inquiries. This service is offered indefinitely for a one-time fee of 2,500 yen sent by Paypal or Genkin Kakitome. Contact them at hayakawa@nangoku-jiyu-jin.net with any questions you have, or to initiate your first order. 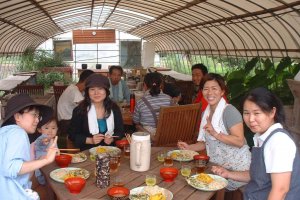 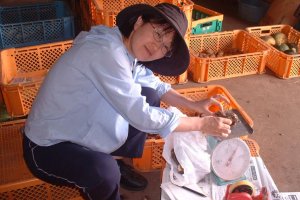 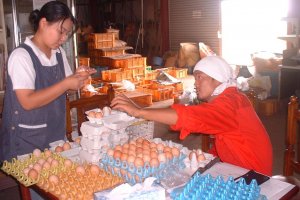 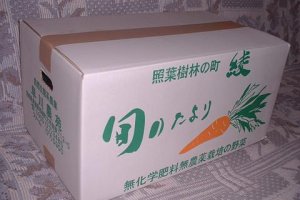 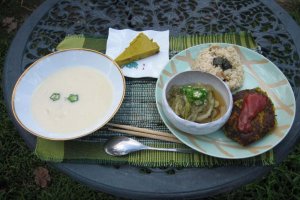 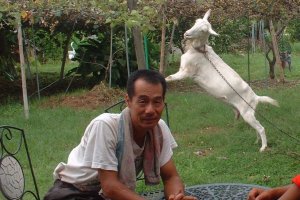