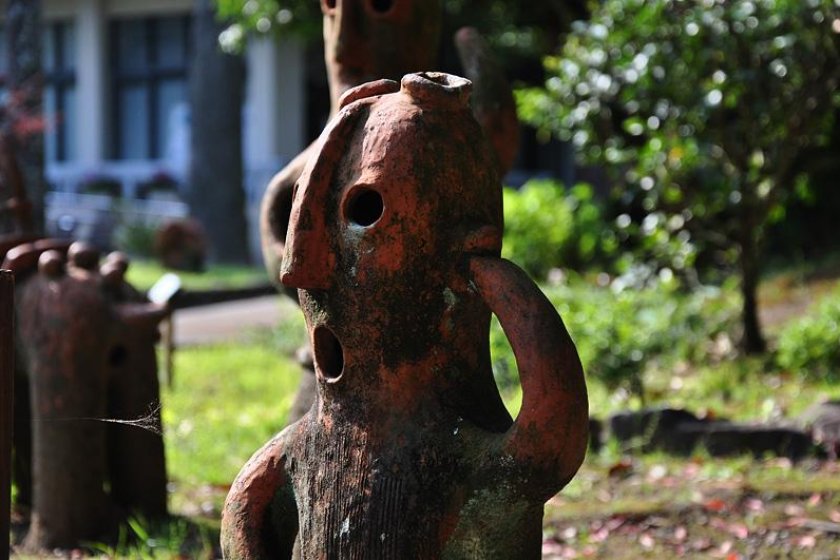 Although nature is everywhere around Miyazaki city, you can even find it within the city limits. Heiwadai is a park located on a hill in the northern part of Miyazaki-shi In which the 37-meter high Tower of Peace is located. There is also a garden with various "Haniwa" statues and a rest house in one corner of the park. Admission to the park is free.

The Haniwa, which were made between the late third century and seventh century, were used to protect, as well as to decorate, the secret burial mounds.

There are about 400 different Haniwa placed along a path which winds through the woods, and they include animals, farmers, and other interesting characters. It's so much fun to see each of the pieces since every Haniwa has a unique face.

The park is situated in a beautiful green forest. People can enjoy taking mini hikes through the woods, walking their dogs, or just taking in the quiet forest atmosphere in order to relieve their stress—what I like to call forest therapy. A walk around the entire park recently took me about an hour. It was so quiet to be out in the middle of nature, much quieter than in the town, and you hear the birds singing. A short walk of 30 minutes does wonders for your breathing as you take in the fresh air, and its impact on your mental and physical well-being is quite profound. It is a kind of forest therapy.

When you get tired or hungry, as I mentioned, there is a rest house in a corner of the park with a souvenir/snack shop and an organic restaurant called "Shizen", which means "nature" in Japanese. You can enjoy food prepared with healthy organic ingredients from farmers in Miyazaki. In the snack bar you can have light snacks, organic coffee, ice cream, or cold drinks.

A 20-30 minute walk from the park takes you to Miyazaki Shrine. The shrine is dedicated to Japan’s first Emperor Jimmu, who most historians believe to have been a mythical figure. Set in a cedar forest, the shrine’s buildings are almost all constructed of cedar as well. One distinguishing feature of the shrine (and that of the adjacent Gokoku Shrine) is the presence of chickens wandering around the grounds. There is also a lovely museum nearby, set in the same cedar forest, the Miyazaki Prefectural Museum of Nature and History, which includes a number of historical dwellings from centuries past. The Shrine grounds are, understandably, popular with bird lovers, while you can also see a 400-year old Wisteria in the Toshin garden.

You can reach Heiwadai via a bus from the east side of Miyazaki station, or take a taxi. The ride is about 25 minutes. The same bus, as well as several others, stops near Miyazaki Shrine.

I lived in San Diego and Vancouver for many years, have my own web shop, and love animals. 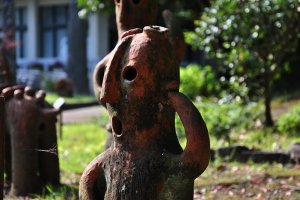 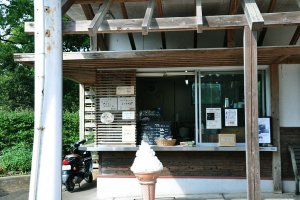 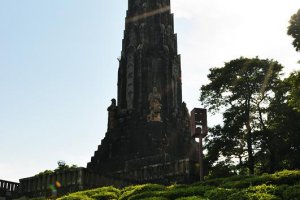 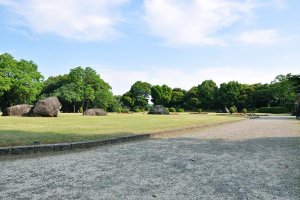 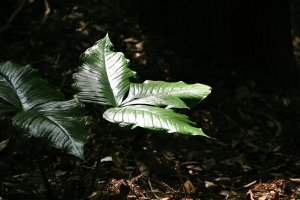 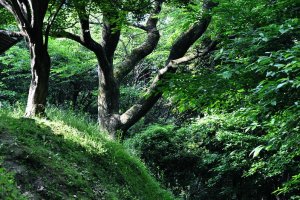 Kim B a year ago
It really does look wonderfully peaceful!
Reply Show all 0 replies

Odilia Sindy Okinawati 4 years ago
Parks in Japan is always lovely and worth to visit :D!
Reply Show all 0 replies

Olga 4 years ago
Cute guy in the first photo!
Reply Show all 0 replies

Relinda Puspita 4 years ago
Go hiking to find and enjoy a beautiful park is one of my favorite things in Japan.
Reply Show all 0 replies

Walter Lanz 7 years ago
I enjoyed the walk around in pond in the park!
Reply Show all 0 replies
7 comments in total