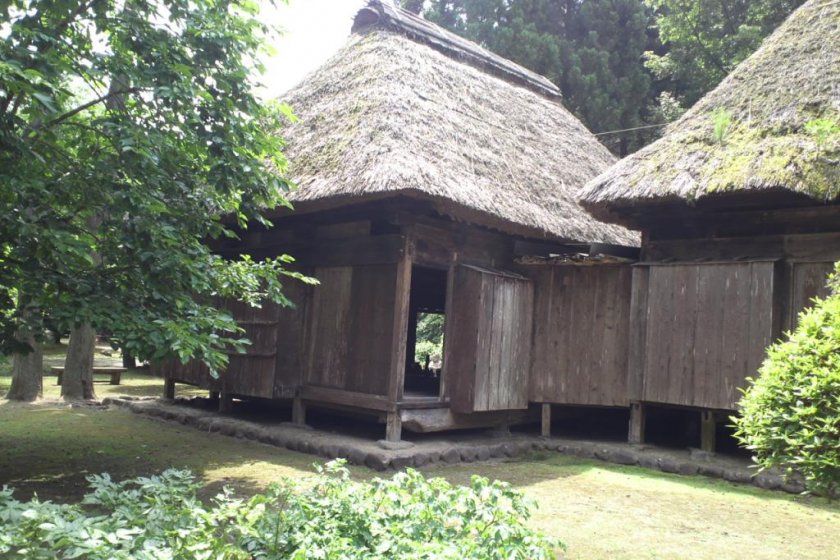 With Miyazaki being blessed by a good climate, lovely mountain scenery, and spectacular ocean views, many tourists head right out of town as soon as they land. Yet located only a short bus, train or taxi ride away from Miyazaki station, the shrine is a must see for those in the know. At the same time, the museum—located on the same grounds, is often missed, as you have to make your way all the around the park before you come to it.

The shrine is dedicated to Japan’s first Emperor Jimmu, who most historians believe to have been a mythical figure. Set in a cedar forest, the shrine’s buildings are almost all constructed of cedar as well. One distinguishing feature of the shrine (and that of the adjacent Gokoku Shrine) is the presence of chickens wandering around the grounds. The Shrine is popular with bird (and not just chicken) lovers, and you can also see a 400-year old Wisteria in the Toshin garden.

The less well-known Miyazaki Prefectural Museum of Nature and History (Miyazaki-ken Sogo Hakubutsukan) will give you a glimpse into Miyazaki’s past. The museum has exhibits and displays, some very attractive and realistic, on all aspects of life in Miyazaki throughout its history. Unfortunately, most of the explanations are in Japanese, but that does not prevent you from enjoying what the museum has to offer.

I was looking forward to visit the museum one Tuesday afternoon, after a visit to Heiwadai. Although the shrine itself was open, I was most interested in Minkaen, the small open-air section located behind the main museum building, as it contains several actual houses belonging to farmers in centuries past. Unfortunately, the museum is closed on Tuesdays, but the shrine grounds offer an opportunity for peaceful mediation and are still worth a visit even if the museum is closed.

In any case, I managed to make a return visit a few weeks later, by chance because I was hoping to try a new Chinese restaurant behind Miyazaki NHK headquarters nearby. This time, it was the restaurant that was closed (it was a Monday), and I was very hungry, but I did get a chance to see the museum and yes, the four traditional farmhouses, which had been disassembled and then put back together again, were the highlight of my visit.

It was fun to take off my shoes and step on tatami dating from 1864 (or new tatami made to look old?) in the farmhouse that had previously been located in Shiiba. Another house, from Takaharu-cho, was built in 1834 and once belonged to the lord of Kagoshima, according to a sign. An even older house, dating from 1787, brought me back in time, making me feel as if I were on a movie set. All the houses have thatched roofs, which one nowadays sees more of in Denmark than in Japan, unfortunately.

To get to the shine and museum you can take a bus from Tachibana dori or the west side of Miyazaki train station. There is also a bus from the east side of the station bound for nearby Heiwa dai, and you can ask the bus driver to let you off at a stop a few blocks from the shrine at Bunka Koen Mae. It is also possible to take a train to Jingu station and walk 10 minutes.

Please note that admission to the shrine grounds is free, and they are open all the time. The museum is closed on Tuesdays and days following national holidays. It too is free, although there are sometimes fees for special exhibitions. Map coordinates are for the museum, which is on the north end of the park. The main shine entrance is at the south end. Heiwa dai is a further 20-30 minute walk northwest of the museum, but as it is located on a hill, some people prefer to take a taxi from the museum or shrine. 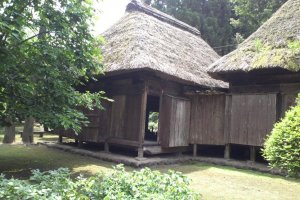 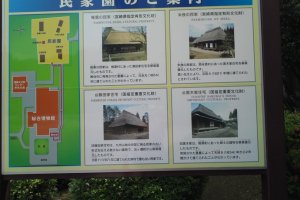 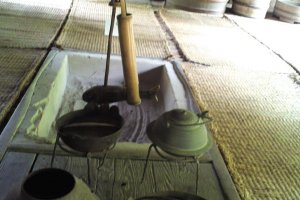 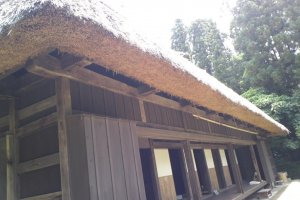 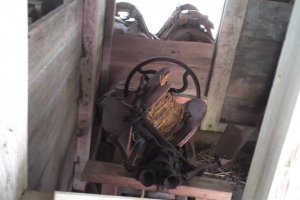 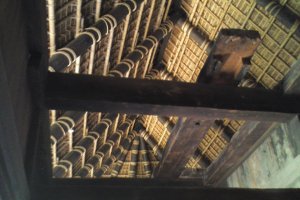 Elizabeth S a year ago
I love the pun on jinja and chickens.

The style of those Edo Period buildings looks distinctly different from the ones in the Kanto region. They’re beautifully preserved, too.
Reply Show all 0 replies

Kim 2 years ago
Looks like a really unique museum - I'll have to check it out when I visit!
Reply Show all 0 replies
2 comments in total