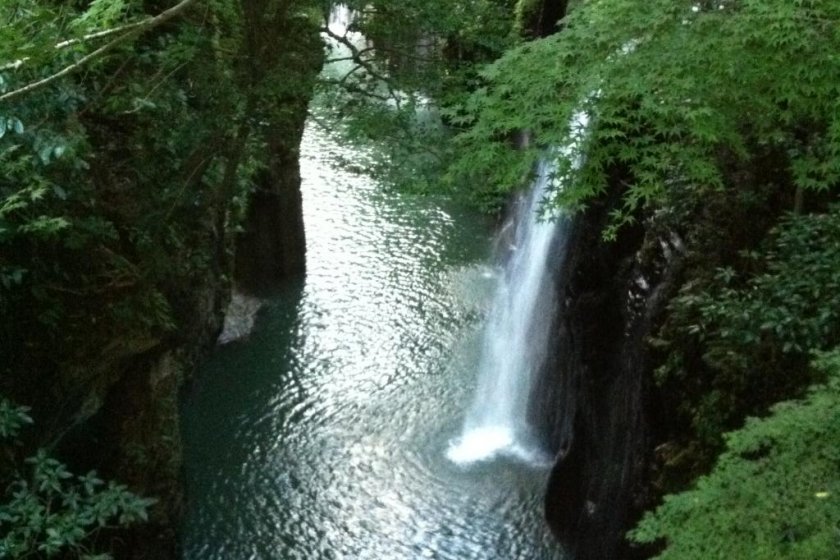 Journeying through the heart of Kyushu

It's an old saying, but you know they say sometimes travel is not about the destination but the journey? My Takachiho experience was a bit like that. Takachiho is in the middle of Kyushu and, as such, looking at the map, it seems there is no obvious, directly fast route. Also if you are using public transport, there are no longer any trains running here. However, you can take a bus from Kumamoto.

Heading up from Kagoshima, we decided to avoid the expressways that run up either side of Kyushu, instead opting for a more mountainous, direct route. As the crow flies if you will, although I'm sure no crow has ever flown the route we drove!

The aim was to drive round the mountains. Inevitably we drove up and down them by accident, oops. The first was Mt. Kirishima, an active volcano. This made for an interesting drive, clouds of steam everywhere and the smell of sulfur in the air, Mt. Kirishima is alive.

Two mountains later, the rugged mountainous terrain was wearing a little thin. We hadn't seen signs of civilization for hours and our hope was driven by the promise of a village, or oasis, called Shiiba. We finally got there and there wasn't much about, but the chance of a rest and the knowledge we were one step closer to Takachiho made Shiiba a wonderful place.

When we finally arrived at Takachiho, we headed straight to the main attraction, Takachiho Gorge. The gorge is vast and impressively beautiful. There is a man made element, but this makes it seem like a nice family destination. You can take a short boat trip in the bottom of the gorge and eat nagashi somen (noodles that you catch from a bamboo shoot – it's like half a bamboo pipe). Both of which we were too late to catch after our long journey. Maybe next time, they both looked fun.

My highlight of Takachiho was the campsite we stayed at, Shikimibaru Sukoyaka No Mori Campground (四季見原すこやかの森キャンプ場). It takes about half an hour to get there from town and it was up yet another mountain, but it was worth it.

Summer is extremely hot in Japan and due to the altitude of the campsite, it was a lovely escape from the heat. It's so high that it is above the clouds, which can particularly be seen in the morning. It was great to wake up, look out of the tent and see a soft, fluffy blanket of clouds with the tops of mountains peaking through.

If you're going to stay here, I would recommend either eating in town first or taking food up with you before you check in, as it is a fairly long round trip back into town. Takachiho, a challenge to get to, but definitely worth it.

Find out more about Takachiho Gorge. 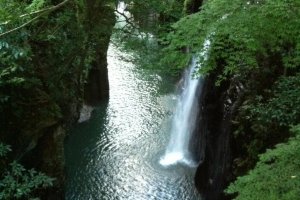 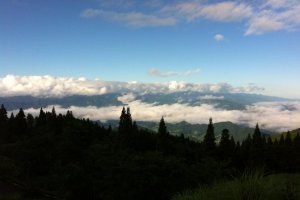 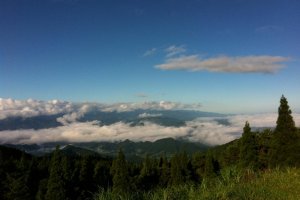 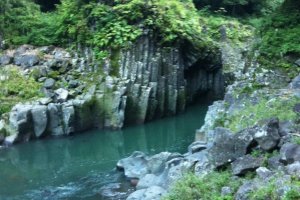 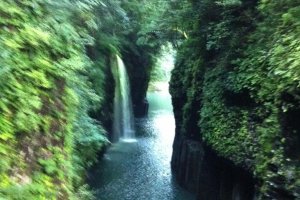 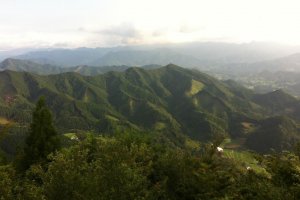 Sleiman Azizi 3 years ago
That second photo, above the clouds, hits the spot.
Reply Show all 0 replies

Tristan Scholze 9 years ago
Hi Katherine! Sorry for the late response. If you're still going to Takachiho from Kumamoto, you can get busses from JR Kumamoto Station, the central bus station, or the airport. It takes about 2 hours and costs between 2,000 and 3,000 yen one way. Check the local departure times when you are in Kumamoto (they sometimes change).
Reply Show all 0 replies

Katherine Moore 9 years ago
I am considering going to Takachiho in May 2013. I understand that it can be accessed from Kunamoto by coach. Does anyone have any information on this? How long does this take?
Thanks
Reply Show all 0 replies
4 comments in total