Enjoy wine, crafts, and the colors of the season in Nagano

When it comes to viewing koyo (the turning of the leaves in autumn), the first destination that comes to mind may be Kyoto, Nikko, or Fuji Five Lakes. Even Tokyo offers wonderful views of autumn leaves within the city. But part of the excitement of the seasonal experience is finding unforgettable beauty in unexpected places.

Fortunately, Japan has a wealth of locales for momijigari (the hunting of autumn colors) thanks to a season that lasts some three months because of the country’s diverse climate from north to south. One such place is Ikeda, a small town in Nagano Prefecture.

Less than 200 kilometers from Tokyo and with a population of less than 10,000, Ikeda is a natural gem that is not far from the bustling metropolis, yet a world away from modern city life. Taking in the sights of changing leaves is only part of what makes autumn so special, and Ikeda has so much more for you to enjoy in this season.

The rich golds and reds of the leaves contrast sharply with the deep purple of another Ikeda treasure: grapes. Autumn is the time for harvesting this fruit, and Ikeda is an important source of grapes, especially merlot and chardonnay, for the domestic wine industry.

Nagano Prefecture is Japan’s second-largest producer of wine (23 percent), after Yamanashi Prefecture (31 percent), and the largest producer by volume of wine grapes. The location of Ikeda in the Azumino Plateau on the Matsumoto Basin, where it is bordered by the Northern Alps to the west and the Nakayama Highlands to the east, is ideal for vineyards. The high elevation (600 meters), low levels of rainfall, large swings in temperature from day to night, and excellent drainage from the high gravel content of the soil make the area a great place to cultivate grapes.

Well-known Japanese winemaker Château Mercian sources its grapes from Ikeda City, and beverage giant Sapporo Breweries has also tapped the town for a key role in its expansion into wine production—even creating its own vineyard. The company’s Grande Polaire Azuminoikeda Sauvignon Blanc is made from grapes grown in Ikeda. Wine festivals are an important part of the autumn calendar in Ikeda—the perfect pairing for the beautiful splashes of seasonal color there, setting the senses ablaze.

Speaking of those colors, one of the most amazing autumnal sights you’ll find anywhere is the 30-meter-tall ginkgo tree that stands in front of Ikeda’s temple Chofukuji. So prominent are its golden leaves that they can be seen from far away on Nagano Prefectural Route 306.

The best time to view this tree is from mid-October to the beginning of November. And once the leaves begin to fall, the glitter of gold leaves fluttering down in the sunshine is also a sight to behold, and the vibrant yellow carpet on the ground is magical. Adding to the spectacle are Japanese maples, more than a century old, that stand alongside and battle for attention with their bright red blades.

Perhaps even more striking is the Nanairo Okaede—Ikeda’s famous seven-color maple on the Omine Plateau. The hue of this 250-year-old tree begins to shift in early October, and the leaves turn seven shades, one after the other. You’ll find few trees more distinctive than this one, and it became even more popular after it had been used as a location in the NHK morning drama Ohisama. More than 40,000 people visit Ikeda each autumn to take in the wonder.

To make your visit even more memorable, head to the Omine Plateau early in the morning, around 7:00 a.m., to witness a stunning sea of clouds rising behind the Nanairo Okaede.

Other beautiful colors can be found at the Ikeda Hachiman Jinja (shrine), where a festival is held each September. Eight floats are paraded through the streets, and a stunning display of lanterns lining the multiple levels of the shrine are lit at dusk, creating a festive and enchanting atmosphere that brings to life the heart of Japanese culture.

You can also see the traditional Urayasu-no-Mai, a sacred dance based on a poem written by the Emperor Showa (Hirohito), who reigned from 1926 to 1989. The poem is a prayer for global peace and tranquility.

Everyone enjoys having a souvenir, but instead of just picking something up at a shop, why not make it yourself? Tonbodama Taiken Kobo Glass Art Atelier Sho offers the chance to try your hand at a popular Japanese craft.

By melting glass rods, you can create small beads called tonbodama (dragonfly balls). With these colorful pieces, you can make one-of-a-kind items that reflect only you. Not only will you leave with a tangible reminder of your visit to Ikeda, you’ll also have a cherished memory of a hands-on experience with a Japanese craft.

There are two guided courses—one lasting an hour and the other lasting two—where you create tonbodama and then assemble them into necklaces, straps, and other items. This is a particularly fun and memorable experience for families with small children.

Ikeda: Off the Beaten Path

Ikeda is a bit off the beaten path—which is a good thing. A visit is a true escape to the beauty and tranquility of rural Japan. Most of the sites covered here offer parking, and a visit by car can make it easier to get around. 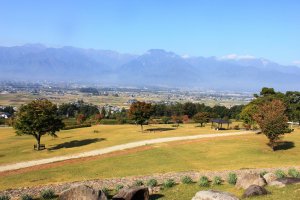 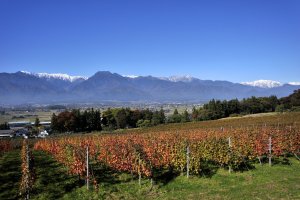 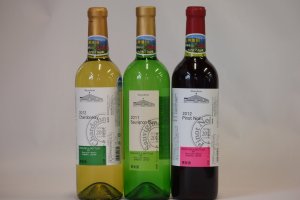 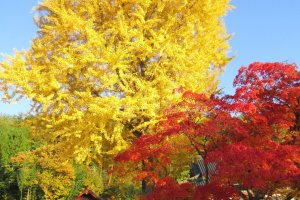 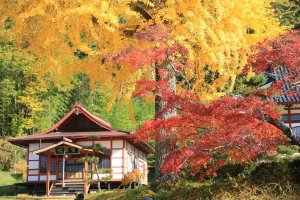 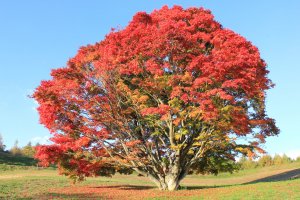 Sherilyn Siy a year ago
A three or four hour drive is not that bad to get to see something completely different from Tokyo.
Reply Show all 0 replies

Kim a year ago
Never knew Nagano produced so much wine - and what a beautiful spot to enjoy some!
Reply Show all 0 replies
2 comments in total