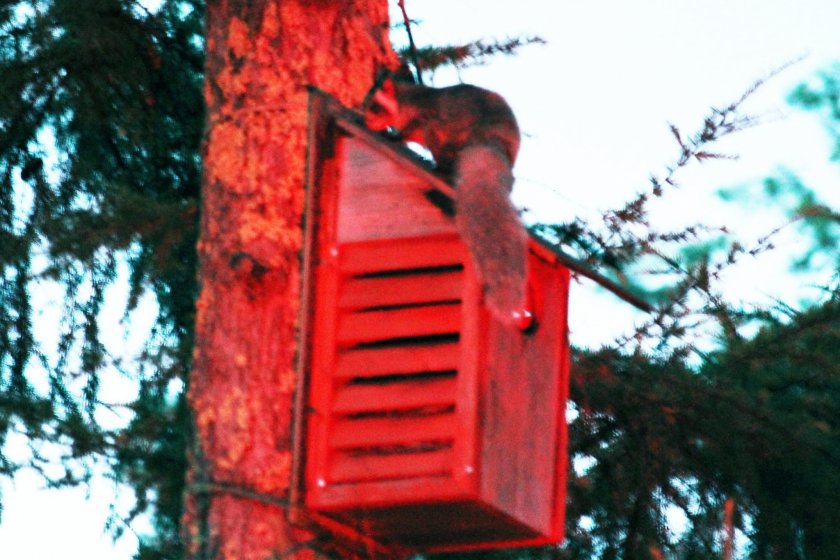 A magical tour of the local musasabi flying squirrels

A squirrel decides to venture outside and say hello

Of all the memories I have thus far made in Japan, silently chasing after flying squirrels through a forest with a crowd of excited Japanese children will most likely remain the loveliest.

Picchio’s eco-tourism centre, based in the Hoshino area, offers many wonderful guided tours of the local environment and wildlife. Picchio’s aim is to provide such tours without harming Karuizawa’s unique animal wildlife and their habitats. Anyone can join in their fantastic range of attractions: families, couples, those who are staying in the Hoshino resort and those who aren’t. One of their most popular, unsurprisingly, is their flying squirrel watching, musasabi watching in Japanese.

I took myself to the tourist centre at 6:20pm, ready for the 6:30 tour. During the first half an hour, our guide explained to us the habitat of the flying squirrel, their anatomy, Picchio’s aim to protect them, what sort of food they eat. She also challenged us to guess how big a flying squirrel was (far bigger than you’d expect!), inviting us to be interactive and handle the kinds of foods they eat. This sort of hands-on activity is perfect for the kids, and educational for everyone.

With our binoculars ready, we huddled together and followed our guide to one of the closest flying squirrel houses, high up in the trees by the Hoshino onsen. We had to stay as quiet as possible, remain in a tight group, and keep our cameras off the flash setting; anything to make the musasabi more relaxed and more likely to come out and say hello! It is said that there’s a 98% chance that you’ll see a flying squirrel on your trip, so if you do go, you’ll probably have a sighting.

And, lo and behold, just as our guide shows us the squirrel on a camera connected to the house, out pops a little squirrel face. Muffling our excited giggles and with the children bouncing up and down in excitement, our guide sheds some light on the squirrel - a red light, which is less disturbing for the squirrel than a white one - and we can see it climbing out of its home, inspecting its environment.

And as if we aren’t lucky enough already, we get to see it swoop down from the top of the tree to the next - a very exciting moment for everyone! It isn’t just the children who are ooh-ing and ah-ing at this point.

Our guide urgently ushers us towards the tree the squirrel has landed in, so we run towards it in a tight huddle, only to see the musasabi swoop to the next - and the next - until we’re frantically running around the Hoshino resort, trying to contain our excitement and entertainment.

We eventually come to a halt at the edge of the forest, where we see the squirrel climb into the shadows, presumably to find food. We watch it in awe, until it disappears.

Picchio’s musasabi watching is a magical experience, and a wonderful insight into the local wildlife and Picchio’s aim to protect and appreciate it. You really can’t visit Karuizawa without experiencing a wild flying squirrel chase.

Hi! My name is Livvy and I've been interested in Japan for as long as I can remember. As a budding magazine journalist and photographer, and someone who is in love with Japanese culture, an opportunity to intern in Japan has been a dream. 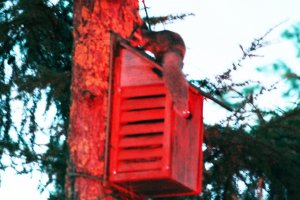 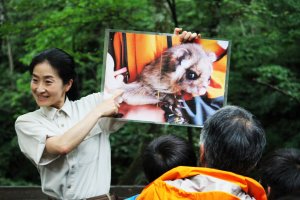 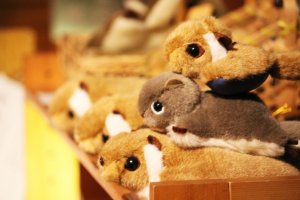 Elena Lisina a year ago
It seems hard to take a photo of a flying squirrel, right?
Reply Show all 0 replies

Angelina Dietz 4 years ago
Do you get the information in english or is this tour in japanese ?
Reply Show all 0 replies

Angelina Dietz 4 years ago
This sounds like so much fun :D
Reply Show all 0 replies
3 comments in total