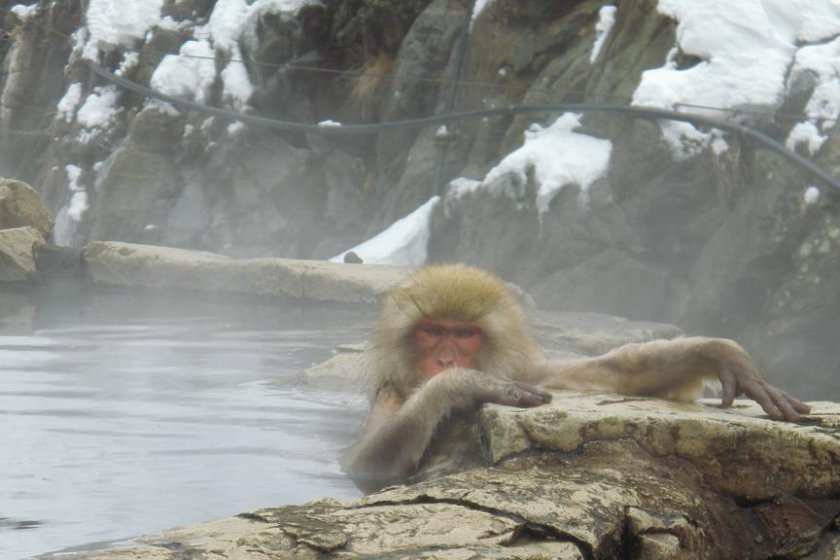 Hot springs are not only for humans

You might think that hot springs are reserved for humans, but if you visit the Jigokudani Park you will probably be sharing your bath with Japanese Snow Monkeys.

Jigokudani is located in the Japanese Alps outside of Nagano. Literally “hell’s valley”, the area took its name from the steam and boiling water percolating from the geothermal hot spring in the ground below. Because it is located in the mountains, about 850 meters (2,800 feet) up, heavy snowfalls cover the area for at least four months each year.

During the cold winter, the hot spring of the Jigokudani is a real Eden for the monkeys living in the valley. Hot baths are a necessity for the monkeys to keep themselves warm; but it is also interesting to see that their behavior is very similar to humans.

The Jigokudani Monkey Park is open all year long. However, the best season to visit is in the winter, when the valley is covered in a blanket of white snow, and the monkeys are playing around the hot spring bath.

From JR Nagano station; take the Nagano Dentetsu Rail Line bound for Yudanaka train station. From Yudanaka train station, take a bus to Kanbayashi Onsen bus stop. Then you must walk 2 kms (30-40 minutes) to the ryokan. It gets dark quickly and there are no lights along the road leading to the ryokan, so it's better to arrive early. Also, a backpack would be more convenient than a large suitcase. It is a good idea to leave most of your luggage at JR Nagano train station.

Jeff Aasgaard is the President of Rediscover Japan Co., Ltd. (JapaneseGuestHouses.com) and Rediscover Travel Inc. (Japan Roads.com). He was born in a south suburb of Chicago named South Holland and lived in Japan for about 14 years. He now lives in Michigan with his wife Yoshimi, son Shota, and daughter Mina. His hobbies include playing with his kids, travel, reading, scouts, Aikido and Iaido. 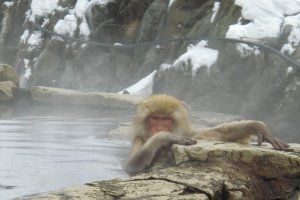 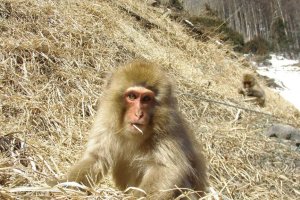 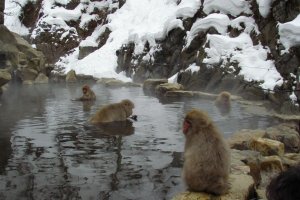 Kim 2 years ago
Such a memorable spot to visit - I've been once but want to visit again!
Reply Show all 0 replies
1 comment in total