On a recent trip to Nagasaki we booked a tour to Hashima Island.

Prior to the cruise the tour included a 50% off visit to Gunkanjima Digital Museum, which is a must see if you want to really understand the history behind the island. The museum includes high tech presentations of life on Hashima with thousands of photos. You can actually explore off limit parts of the island using VR. Equipped with this information we were ready to board the boat.

During the trip we were informed that this was our lucky day as most of the time the water is rough and it almost always rains. We witnessed calm water and sunny skies.

They named it Gunkanjima, (Battleship iIsland), because every square inch of space was used to support the massive population and from a distance it looks just like a battleship.

Over time Hashima provided all the conveniences of a major town, including schools, a hospital, and even a slot machine parlor. I saw pictures of a large garden planted by the school children on the rooftop of the highest building. Staring at these buildings it was easy to imagine the kind of life the residents had. It was not difficult to get on and off the island as there was a taxi boat service that ran 12 round trips a day taking 50 minutes to reach Nagasaki port.

Mining started in the late 1800’s and was owned by Mitsubishi until closing in 1974. The city of Nagasaki currently owns the island. Several years ago I visited Alcatraz and the Hashima Island abandoned buildings had that same eerie feeling, like there were ghosts roaming the grounds. There were four main mine shafts going 1 kilometer beneath the seabed, with some connecting to the next island.

It became a UNESCO World Heritage site in 2015.

A sad part of the history was during WWII when foreign slave labor was used with many deaths occurring from overwork and sickness.

In the late 1950’s the population reached its peak at 5,259 residents. During our tour they announced that once certain inspections and reinforced concrete was used to ensure safety they would be opening up additional parts of the island for visitors.

There are several boat tour operators departing from various locations around Nagasaki Port and the cost is around 3,400 to 5,100 yen ($30 to $46).

We used Gunkanjima Conceirge, that included the discount for the Digital Museum, which is where our tour started.

On your visit to Nagasaki be sure to include the Gunkanjima tour.

From the Nagasaki train station, get onto street tram number 1, heading for "Syokakujishita", and get off at the "Tsukimachi" station. Don’t forget to receive a transfer ticket and then get onto street tram number 5 from the other side of the tracks, heading to "Ishibashi". Get off at the "Ourakaigandori Street" station (2 stations away from the "Tsukimachi" station), and head for the "Gusto" restaurant, which stands in front of the Tokiwa Terminal.

Find out more about Gunkanjima. 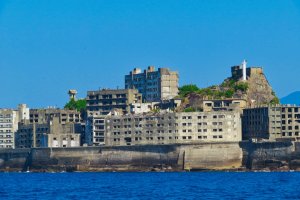 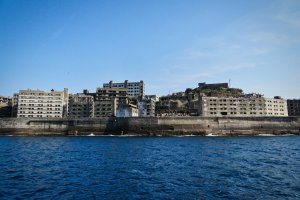 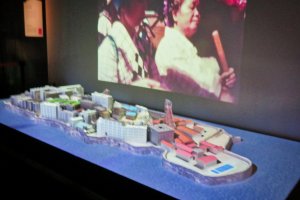 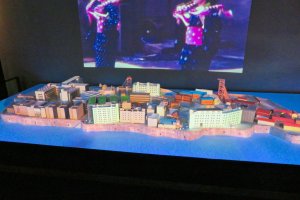 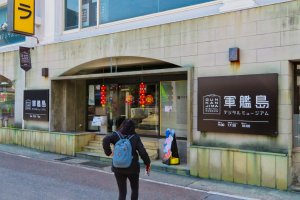 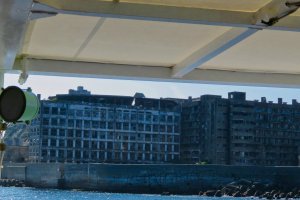