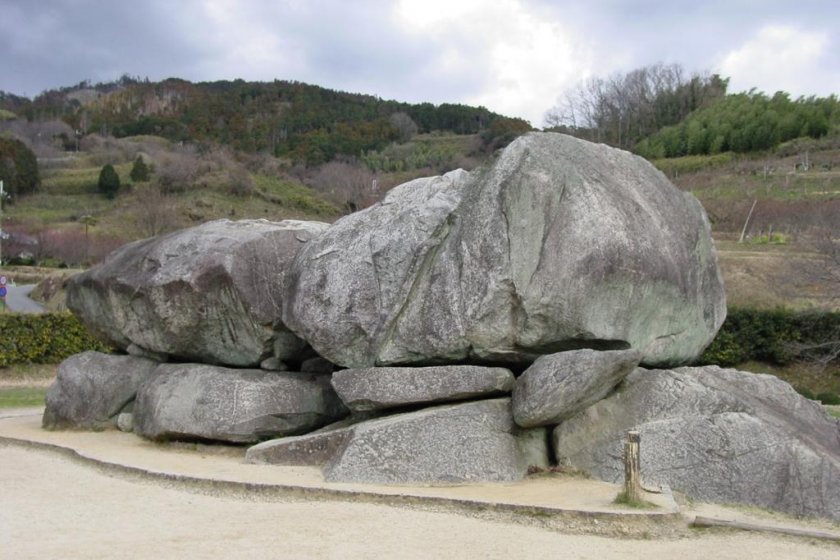 A stage for dancing foxes

The burial mound named “Ishibutai” is a combination of two Japanese words meaning stone (ishi) and stage (butai), and one explanation states that its name was derived from the sightings of foxes using the top of the burial mound as a dancing stage on full moon nights. The stones on the top of the tumulus are certainly large enough to serve as a performance stage.

This stone tumulus dates from the Asuka Period [552-645] and is believed to be the tomb of a powerful member of the Soga clan, Soga no Umako, who, together with Shōtōku Taishi, was instrumental in establishing a foothold for Buddhism in Japan. Umako reportedly died in 626 and if this is indeed his tomb, then it most likely dates from that year.

Originally the megaliths were covered with earth, but over time the earth has eroded away leaving 30 large stones. It is reported that the huge stones used to build the tumulus, some weighing as much as 60 to 70 tons, came from as far away as Mt. Tōnomine, located approximately three kilometers away. Obviously, much effort was spent transporting the stones over that distance and placing them in formation. In the on-site building process, a hole was dug and stones placed standing up. Then earth was built up to the top of the standing stones, and other larges stones were moved over top of the earth, and placed on top of the standing stones. When all was in place, the supporting earth was removed leaving only the stones. This was a similar building practice used in the making of the Great Buddha of Tōdaiji in Nara.

The Ishibutai burial tumulus was first professionally excavated in 1933 and 1935. At that time the tumulus and moat surrounding the tumulus were excavated, but little was discovered, the tumulus having been pilfered by grave robbers throughout history. Currently Ishibutai has been designated as a Special Historic Site, and it is the largest megalithic structure in Japan. The kofun is a typical yokoana [side hole] style tomb with entrance being achieved from the south side. Once inside the tomb chamber, which can easily accommodate 20-30 people, one is instantly impressed with the size of the stones forming the walls and high ceiling. A burial mound of this magnitude obviously speaks for the political power of the leader of that time.

Whether glimpse of foxes dancing on the top of the burial mound are caught or not, one cannot fail to be impressed with the massiveness of this early 7th century stone tumulus. 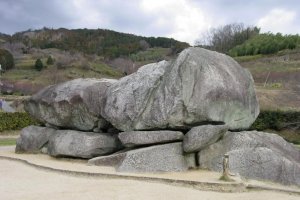 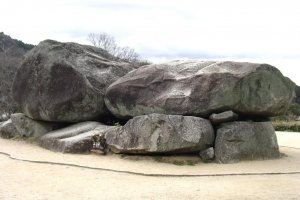 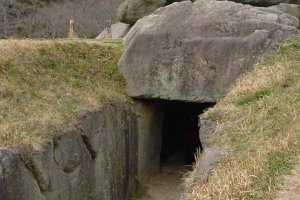