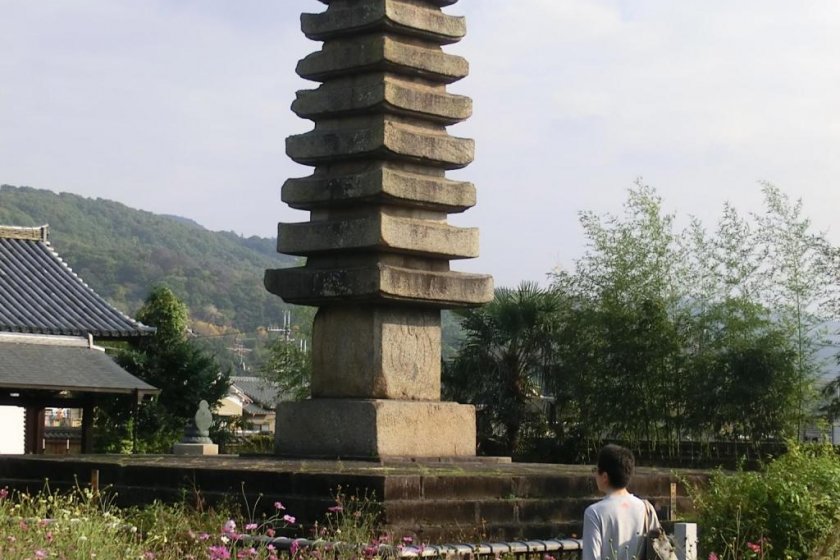 Hannyaji is a small temple that is famous for its cosmos flowers that are small and purple. As it was early November when I went there the flowers were not fully in bloom, but it was possible to look inside the main hall, which contained an altar that had a demon riding on a kind of monster. It was dark to see clearly so a flashlight was provided to look into the altar and see the demon. Photographs are not permitted inside and a Buddhist monk was sitting nearby selling trinkets and Buddhist amulets etc. The original hall was built in 1667 but burned down during the War Period (Sengoku Jidai) but has since been rebuilt.  In the front of the main hall is a large stone tower which has some 13 stones layered on one another, and is considered to be the largest such tower in Japan.  At the rear of the main hall is a small annex where one can occasionally see national treasures on display, for an entrance fee of 200 yen. At the front of the temple on the roadside is a large wooden arch and is said to be typical of those arches from the Kamakura period.

From Kintetsu Nara or JR Nara station, take the bus "Aoyama Jutaku-mae" (about 10 minutes) get off at Hannyaji, walk about 3 minutes to Hannayji temple. It is across the road from Uemura bokujo so its easy to find, you will see the big gate on your right and the entry is a few yards past the big gate. 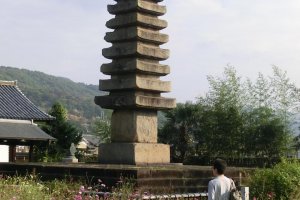 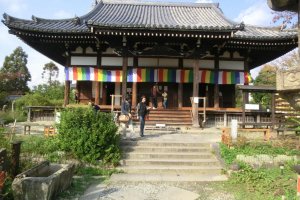 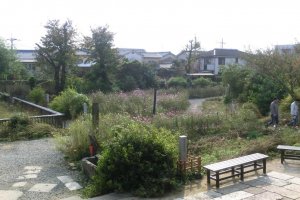