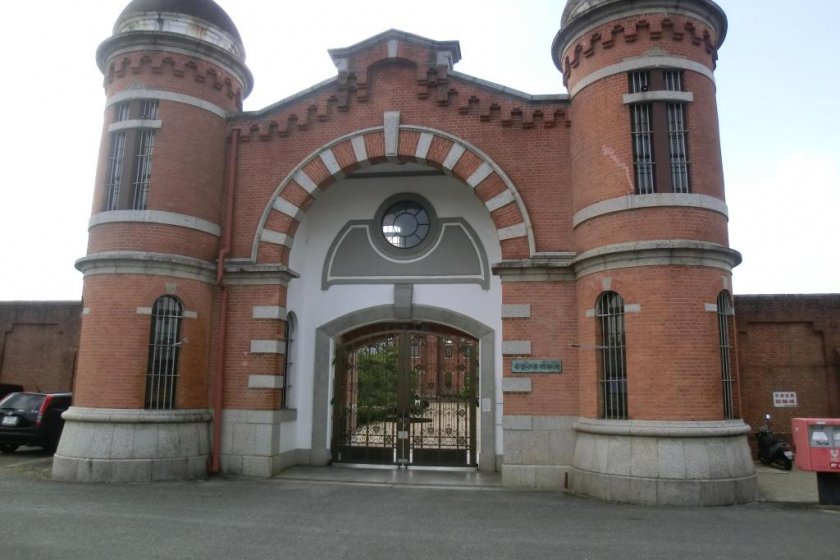 Gothic architecture from the Meiji era

Front gate of prison built in 1908

If you are like me, probably the last place you would think of ever visiting while sightseeing would be a functioning prison! Thanks to a chance encounter while surfing the Internet, however, I came across a site with photos of an interesting building with a unique design, and I thought I would investigate further.

To get to the Nara Juvenile Prison, you can either take a taxi or a bus headed towards Hannyaji cho, or Nara Dreamland (now an abandoned theme park), from JR Nara station or JR Kintetsu station. Get off at Hannyaji bus stop and walk one hundred meters up the hill and you should come to the entrance.

Built in 1908 during the Meiji period, it is made of red brick and of course all one can see are the high walls surrounding the prison. It was designed by a Yamashita Keijiro, who was the grandfather of a noted jazz pianist, Yamashita Yosuke.

What I felt is interesting about the architecture at first sight is the front gate, with its two round turrets on each side, the white brickwork at the top, and the lattice gate. Staring through the gate down a long gravel path you can see the front of the administration building, from which extend the various wings of the prison behind it. Judging from maps my guess is the prison walls extend about 500 meters on each side in a square formation. The prison holds about 700 inmates, who primarily are minors who have committed some kind of serious offense and were thus sentenced to prison.

The goal of incarceration here is to reform them and make them into better citizens upon release. Inmates are required to work a forty-hour week, and this is expected to prepare them for life on the outside. Reading a blog about the place in Japanese, I was able to learn that it’s possible to take tours inside the prison workshops, which include spaces for engineering and carpentry. Inmates also can study about software management in addition to learning how to care for sick and elderly, or even how to become barbers (the pass rate is said to be 100% compared to 60% outside the prison).

Once a year, usually in late September (on a Saturday or Sunday) a “kyoseiten” (矯正展) is held in which the prison grounds are opened to the public and it’s possible to purchase some of the items made by the inmates. They are often of extremely high quality and involve intricate craftsmanship. Inmates can also study towards a vocational license that they can use when they are released. I was not able to go inside the prison itself but visits inside are usually arranged by appointments only and at certain times during the week. They are not open on Saturdays and Sundays. Group tours are usually available by appointment only. 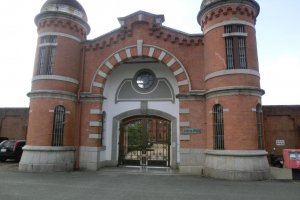 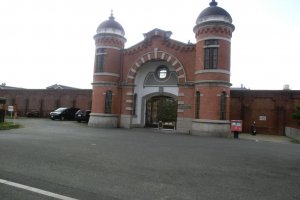 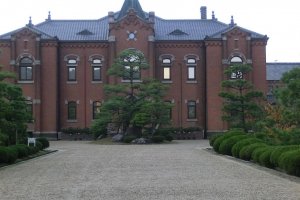