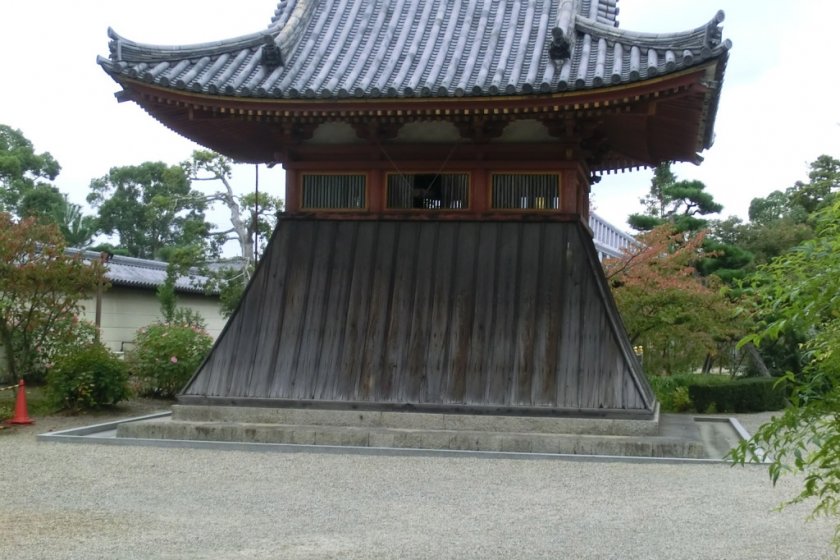 Hokkeji Temple, located just to the east of the Heijo Imperial palace site, is about a mile from Nara park, and was originally a convent built by the Empress Komyo in the 7th century as a center for all nunneries. The convent had been built as a principal residence by her father Fujiwara Fubito and remodeled into a convent. The Empress was an ardent believer in Buddhism and established the five story pagoda and the west edifice of Kofukuji in prayer for her late mother. The Empress was very merciful and looked after the poor and sick of the time and contruction of Hokkeji at that time was aimed at the liberty of women in general and she devoted her life to the development of Buddhism in the country.

There are several structures within the Hokkeji complex, the main prayer hall, a bathhouse, a Japanese garden as well as a belfry. The main hall was constructed during the Tempyo period about 1200 years ago or about 810 A.D. it was subsequently destroyed by fire, and the present structure has been in existence since 1601. Inside the hall the principal statue is of the eleven-headed Kannon, regarded as the best work of wooden carving in Japan. There are four Deva kings surrounded the statue. Unfortunately it is prohibited to take photos inside the building so I was not able to get any photos. In the corners of the prayer hall are the statues of Yuima, Kannon and three big heads that were parts of the statue when the convent was established in the 8th century, are considered national treasures. The statue of Yuima is one of the best examples of 8th century dried lacquer woodwork in the country. Yuima-koji was said to be a layman and tried hard to study about Buddhism and its tenets.

As you enter the main gate you will see the belfry in front of the main hall, this was used to call people to prayer and was built in 1601 and is indicative of the Momoyama Period of the time. Behind the Belfry is the garden which takes up about one quarter of the temple complex. In the center is a small pond and it is possible to walk around and see part of the nunnery complex. It was built during the Momoyama period and resembles the Imperial gardens of Kyoto. The day I went was an overcast day in early Fall and I was not as taken with the color as I could have been had I gone at a different time of year.At the back of the main edifice is the former bathhouse where empress Komyo tended to the sick and distressed people from 1200 years ago.Also of some interest, was a traditional Japanese style farm house dating back to the 18th century, that in 1961 had been transplanted to this site and rebuilt. What was notable about it was the steeped thatched roof (the construction was so designed that heavy snow would fall off and not crush the roof) during winter, provide excellent insulation and the intricate weaved bamboo ceiling inside the farmhouse was a remarkable feature of its construction. 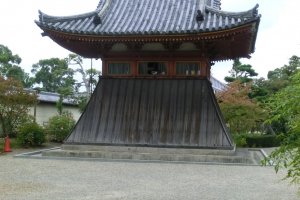 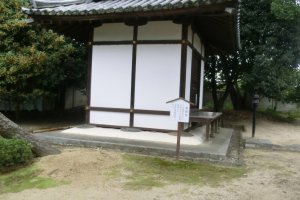 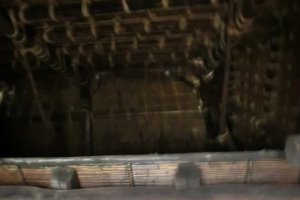 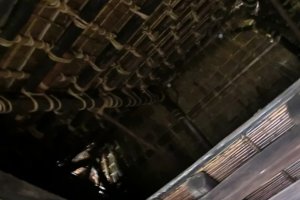 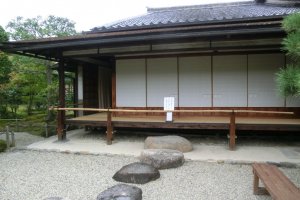 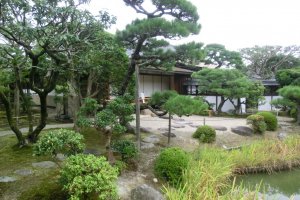