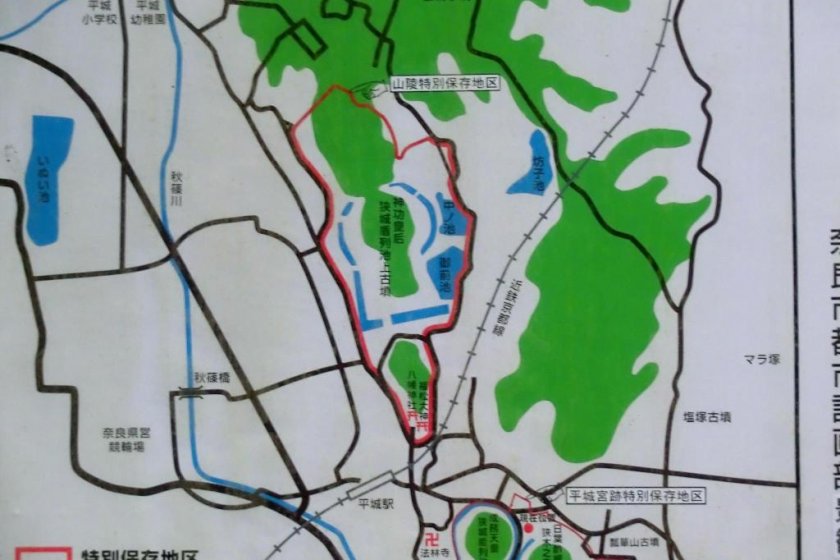 The ancient burial mounds that make Nara so mysterious

If you travel around parts of Nara, including in the southern areas such as Asuka and near the Heijo palace site, you're sure to see large wooded areas, surrounded by a moat of water. Although hard to discern from ground level, these are the actual resting places of former emperors and empresses of Japan. These grave sites are called “kofun” (古墳) in Japanese.

Seen from the air they look like giant keyholes. These are zenpo koen-fun, (前方後円噴), a round shape at the top, and a trapezoid at the bottom. The emperors were buried under the round end of the tomb, interred along with many of their personal possessions, such as swords, bronze mirrors and jewelry. Some of these tombs date back to the early years of Japanese history, even before the founding of Japan’s first capital, Asuka.

Recent excavations have shown a strong Korean and Chinese influence in their construction. There are suggestions that the current Imperial family is descended from Korean royalty as there are similarities between Korean and Japanese artifacts recovered from the tumuli. As a result the authorities have not been keen to open or reveal any more of the graves than is absolutely necessary. Most are sealed off from public viewing but the Imperial Household does occasionally allow archeological investigations to take place. As archeological associations do not have any code of ethics in Japan, permission to excavate graves is rarely given, if ever.

The kofun were constructed between the third and seventh centuries and gave their name to the Kofun period (middle 3rd century- early 6th century). Some of them have been proposed for possible listing on the World Heritage list, including the Mozu Furuichi kofungun (tumuli clusters)  or Ishibutai kofun in Asuka which are on the tentative list.

In addition to keyhole shaped tumuli, there are round shaped ones (empun 円墳) and two conjoined rectangles (zenpo-koho-fun). Most of the kofun have not been excavated, but the Takamatsuzuka kofun in Asuka revealed a coffin chamber with lime plaster walls, with pictures of “Asuka beauties” who are assumed to be ladies of the court. These paintings have been designated national treasures and the grave goods such as swords and bronze mirrors laid inside the coffin chamber or the coffin itself are Important Cultural Properties. The tumulus is a Special Historic site.

If you visit Asuka in Nara, you can see Ishibutai graves. Ishibutai have a rectangular chamber measuring 25 ft by 11 ft by 15 ft high, approached by a passage 38 ft in length and roofed by two capstones each weighing between 60 and 70 tons. Modern estimates place the largest stone at approximately 75 tons.

To see the Heijo tumuli you can rent a bicycle at Yamato Saidaiji station and it's about a 10-15 minute bike ride to the tombs, on the north side of Heijo palace site. Buses going to Nara pass along the road north of the Palace site, so get off near the Heijo Palace site museum at Saki-cho. The tombs are a little north of the road where it branches off to Hokkeji temple.To get to the tombs at Asuka, take the Kintetsu Kashihara line to Kashihara Jingu Mae and then change to the KIntetsu Yoshino line. Get off at Asuka. 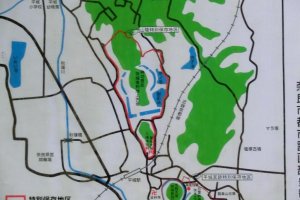 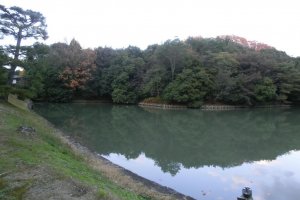 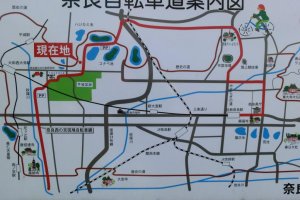