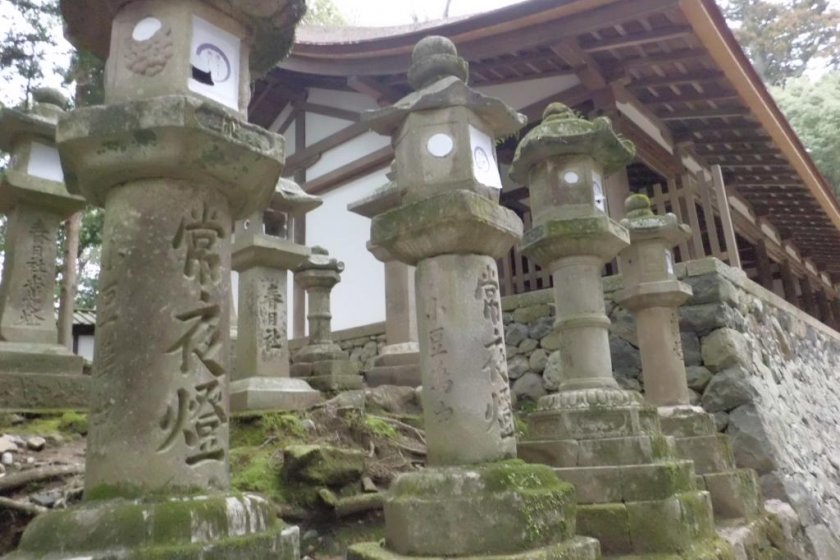 The Stone Lanterns of Kasuga Shrine

A Stroll of Illumination

Lanterns vary in size, many bigger than humans.

The Kasuga Grand Shrine, known as Kasuga Taisha in Japanese, is a UNESCO World Heritage Site that has a long history and importance to Nara citizens and Japan as a whole. While the shrine is spectacular, an equally amazing view to soak in is the 3000 lanterns located in Nara Park along the walk to Kasuga.

As Kasuga is a Shinto shrine, its location was purposefully chosen inside a grove of trees. Shinto is deeply connected with nature and walking through the woods makes it feel you are in another time, even though you are just a few miles away from the busy streets. Your mind clears and you are able to pray more effectively at the shrine. However, when I was walking, I was naturally wondering what the purpose of the lanterns were and took many pictures.

The 3000 lanterns are symbolic of the 3000 Kasuga shrines spread throughout Japan. Furthermore, lanterns are a symbol of illumination, a guiding light. If you follow Shinto religiously, you will be saved from the darkness. Through the winding path there are various sizes of stone lanterns. If you keep a look out, you are bound to see some of the frolicking friendly deer that Nara is famous for. Inside the shrines grounds you’ll see more stone lanterns, as well as hanging bronze lanterns. For an additional fee you are allowed to go further inside the building grounds and get a closer look at some of the lanterns. Each lantern is donated by a citizen to show thanks and support to the shrine. Writing on each lantern shows which deity the lantern is donated to, or the person’s name that donated the lantern.

I was able to enjoy the lanterns on a nice, hot summer day—but I plan to return on a special evening if I can. The daytime allows you to view the entire surroundings and see details etched into some of the moss-covered lanterns. On the other hand, during select festivals throughout the year, each lantern is given life and lit up during the night for all to enjoy. Visitors can see all the lanterns lit up at once during the Setsubun Mantoro (February 2-4) and Obon Matsuri (August 14-15) festivals. 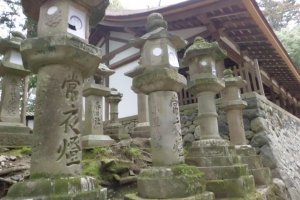 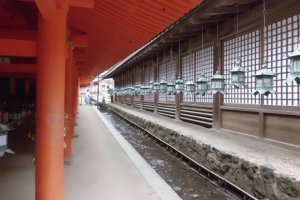 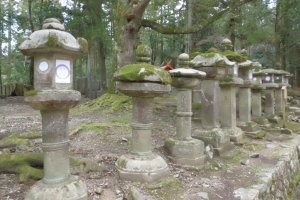 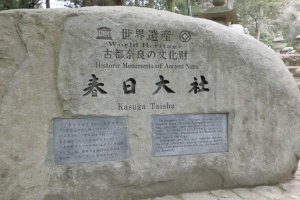 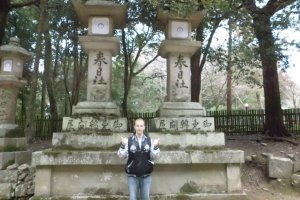 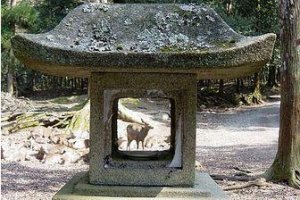