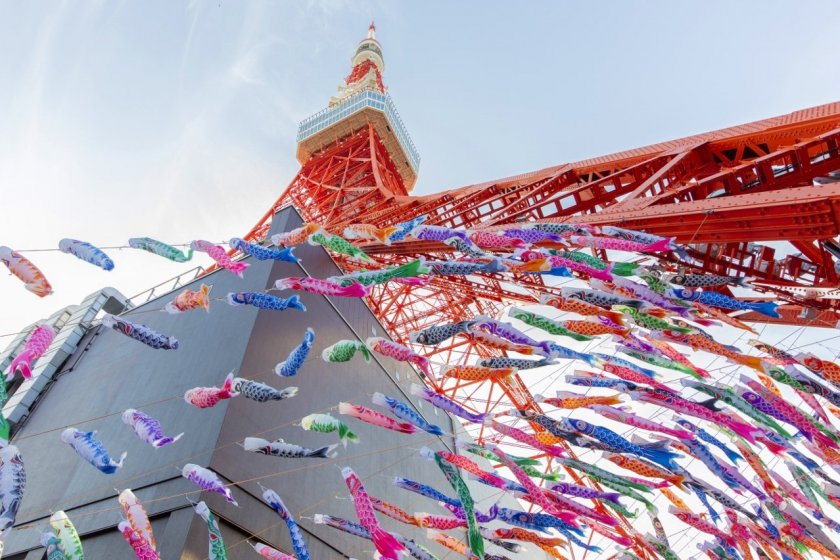 One thing you'll see plenty of in Japan around April and early May are koinobori (carp streamers), which are hung in anticipation of Children's Day on May 5th. Because carp can swim upstream and against the current, they're said to symbolize strength, courage, and perseverance – three attributes that most parents would hope for in their own children! For those wanting to see some of these streamers for themselves, both Tokyo Tower and Tokyo Skytree have displays of colorful koinobori up at the moment.

The Tokyo Tower event runs until May 9th, and includes a total of 333 koinobori decorating the base of the tower, and the quite specific number of koinobori was chosen to represent the 333 meter height of the structure. This is an annual occurrence, and typically commences around late March for those wanting to view them in the future.

At Tokyo Skytree, 800 koinobori will be displayed as part of the Tokyo Skytree Koinobori Festival which runs until May 8th. This event is held with the support of Kazo City in Saitama Prefecture, Tatebayashi City in Gunma Prefecture, and Kato City in Hyogo Prefecture – the three areas are known for either being centers of koinobori production, or hosting well-known koinobori festivals. The Tokyo Skytree event also takes place annually and typically commences around late April.

Tokyo Tower is located approximately five minutes on foot from Akabanebashi Station, which is served by the Toei Oedo Line. 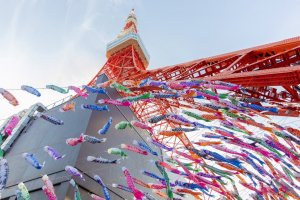 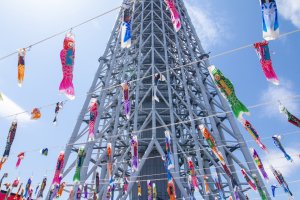 Justin Velgus 2 weeks ago
I like the variety in colors! I have never seen a purple fish streamer before.
Reply Show all 0 replies
2 comments in total