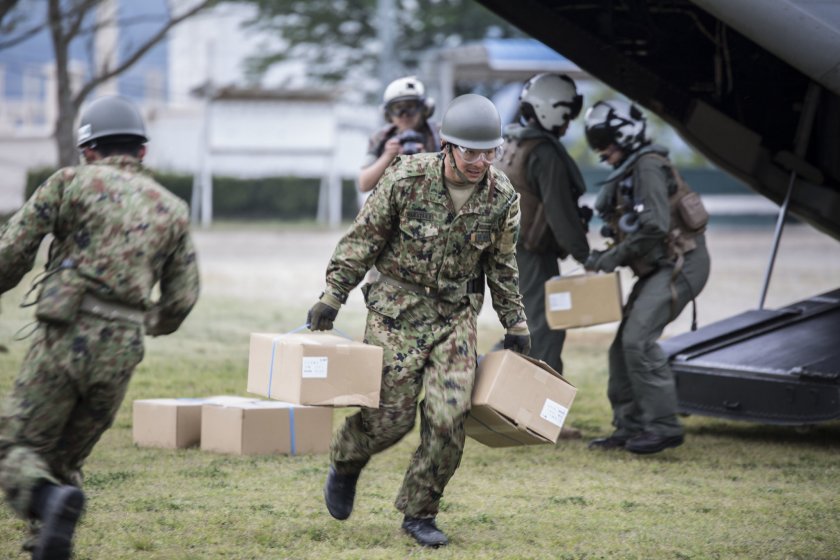 Marines assist the Government of Japan in supporting those affected by recent earthquakes in Kumamoto, Japan. (Photo: US Navy (CC BY 2.0))

On the evening of April 14th, an earthquake struck just outside the large city of Kumamoto in Kumamoto Prefecture on the island of Kyushu. While the magnitude of the quake was only measured at 6.4, the intensity of the quake was recorded at a 7, the highest level on the Japanese scale, one that has only been seen in four other earthquakes in Japan's recent history. Not long after, in the early morning hours of April 16th, a second quake with a registered magnitude of 7.1 struck the same area, prompting numerous aftershocks and causing widespread damage to the region, especially to structures that had already been weakened by the initial quake.

The force of the earthquakes has resulted in a cessation of many transportation links in and around Kumamoto Prefecture. As of April 20th, 2016, the Kyushu (Sakura) shinkansen has halted service from Hakata to Shinminamata, due to a train derailment resulting from the quake. Many local train services in Kumamoto have been suspended or are running limited operations. Kumamoto Airport sustained some damage to its terminal building but resumed flights on April 19th. The Kyushu Expressway is closed off between Ueki IC and Yatsushiro IC, as is the section between Yufuin IC and Beppu IC. Many of the highway bus services that crisscross Kyushu are also currently suspended.

Several of Kumamoto's historic structures were weakened or destroyed in the twin disasters. The walls of Kumamoto Castle have crumbled in sections. The main keep remains standing, but lost a large number of roof tiles and suffered signifcant damage. The main hall and Romon Gate (a cultural heritage treasure) of the Aso Shrine in Aso town collapsed. A massive landslide has completely washed away the Aso Ohashi Bridge and parts of the rail section leading from Kumamoto to Aso. Several other landslides have made many of the smaller roads around the Aso area currently impassable.

Relief workers, volunteers and government officials have been working diligently to restore basic services to the affected region.

Aside from Kumamoto Prefecture and parts of Oita Prefecture, much of Kyushu remains unaffected by the quakes and all transportation links and general tourism services are operating normally. 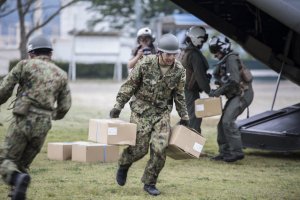 Justin Velgus 5 years ago
Timely information. We all are hoping that emergency supplies and services are getting to the places they need to as quick as possible.
Reply Show all 0 replies
2 comments in total