Translate Your Words into Japanese

Traveling abroad is always fun, but language barrier? Not so much. That’s why Logbar has developed ili, a brand new translation device for your next trip.

Unlike other translation devices out on the market, ili has been optimized for travel scenarios rather than one-on-one conversation. Things like dining, going shopping, checking in and out of your hotel, navigating around and much more. Logbar’s mission is to help you worry less on your trip and prevent potentially stressful situations.

Instead of typing on a keyboard or loading up an app, you just press and hold ili’s home button then speak. Takuro Yoshida, Logbar’s CEO, explains the benefits of ili being a stand-alone device:

"I’ve used a few translation apps during trips abroad but always had a hard time connecting to a network. I’m sure others have experienced this so that’s why the team and I made ili Wi-Fi free. You can use it anywhere, anytime.”

Other key features include a playback button to double check if ili heard you correctly and a 0.2 second processing translation engine.

As of now, ili can translate English to Japanese, Mandarin, or Spanish and more languages will be added.

Pre-orders launched at the beginning of June but due to ili’s overwhelming demand, all units sold out within a week. Logbar has announced a re-launch at the end of June and shipment is expected to start Fall of this year.

Working and living in Tokyo since 2015. 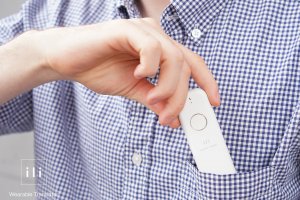 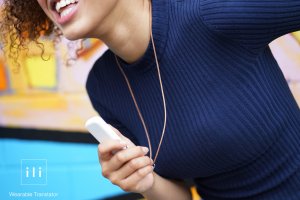 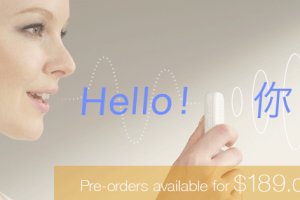 Surbhi Nahta 6 months ago
I am glad to see this brilliant post. all the details are very helpful and good for us, keep up to good work.I found some useful information in your blog, it was awesome to read, thanks for sharing this great content to my vision, keep sharing.
https://www.sevenmentor.com/japanese-classes-in-pune.php
Reply Show all 0 replies

Eric Roberts Author 4 years ago
Amanda, thanks for the comment and glad you enjoyed Yoshida-san's presentation.
Reply
3 comments in total