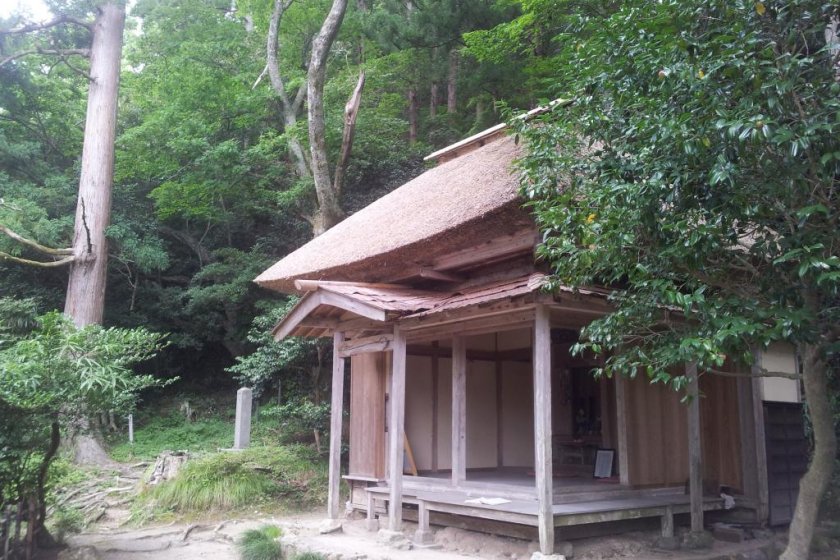 Ryokan-sama was a famous Buddhist monk who lived in the mountains of Niigata prefecture just outside the beach town of Teradomari. Gogo-an in the grounds of Kokujoji Temple is his little hillside dwelling.

Having read a short book of his life it was fascinating to see his hut and experience the long walk back down to the valley that he used to trek to beg for his food on a daily basis. He is revered for his simplicity and childlike nature, often spotted playing with local children. He was a renowned poet and calligrapher (with a fondness for sake) and his story often has him trying to avoid situations where local benefactors are trying to coerce works of art out of him. He was born into a rich family and renounced his birthright to live the life of a monk.

Gogo-an is just part of this large Buddhist temple complex which is the oldest in the prefecture. It is a great place for a wander around with plenty to explore. Gogo-an itself is down a flight of rough hewn stone steps set in the local forest.There are several different areas with temple buildings, statues, rest gardens and memorials, though the tranquility can occasionally be disturbed by the sound of the jet skis on the nearby beach.

There are tiers of small statues just outside one of the main halls with a table full of offerings that is a place to commit the souls of dead children and babies. It’s a pretty sobering sight. There is also an area where the bones of the dead are sprinkled at the base of the trees. Unclaimed bodies are also welcome to find their final resting place in the grounds of this temple.

On the way back to the Visitor Center is a statue to pray to in order to ensure you don’t lose your memory as you age. I scoffed at the need for this but was soon firmly put in my place when I neglected to put the pushchair in the car and almost backed over it. It seems the Japanese spirits work in mysterious ways too.

The book on Ryokan-sama is available in English and is an easy read but fascinating and amusing. If you are in Teradomari Kokujoji Temple is definitely worth a few hours of your time (though if you go in summer a good dose of bug spray is a good idea.) 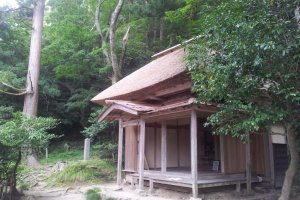 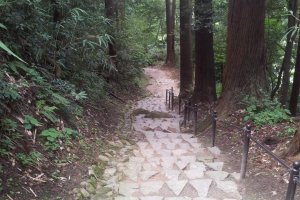 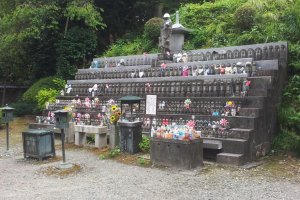 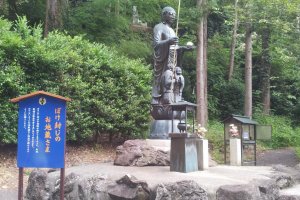 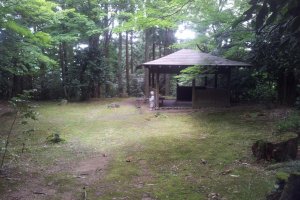 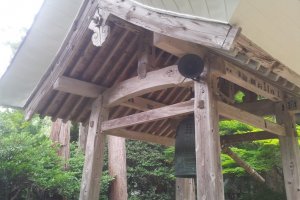