A unique station building served by the JR Yahiko Line

Japan is home to some pretty impressive architectural displays – both traditional and modern – and that extends to many of the country's train stations as well. One example of this in Niigata Prefecture is Yahiko Station, which was inspired by the design of Yahiko Shrine's main building. The station was built in 1916, and is served by the JR Yahiko Line.

Although this is a smaller station, it still has a number of amenities that are helpful for travelers. There is a staffed ticket office (available from 7 am until 5 pm), lockers for anyone who needs to store their belongings, restrooms, and an indoor waiting area.

Some other facilities here are more unique than other stations, but still extremely useful for visitors to the area. One example of this is the dedicated shoe washing station, which was implemented to help hikers avoid trampling mud and debris on board with them.

As this is considered a rural station, trains run quite infrequently – expect around an hourly service most days, and be sure to check timetable information for the last train of the day. If you're looking for something to do while you wait, there's a foot bath located at the front of the station where you can soak for a while.

Also, if you're looking for information on things to see and do in the area as you arrive, the Yahiko Tourist Information Center is in a separate building, located around three minutes on foot from the station itself. 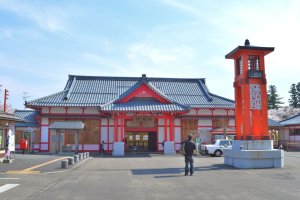 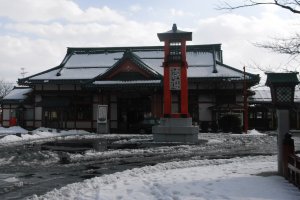 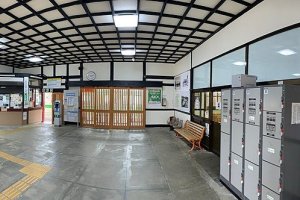 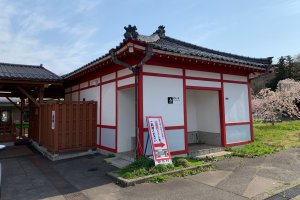 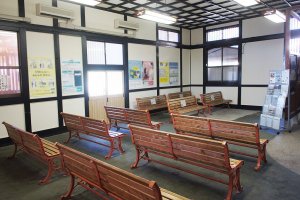 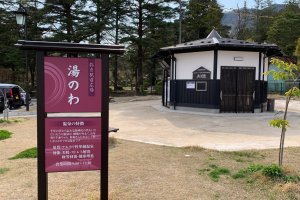