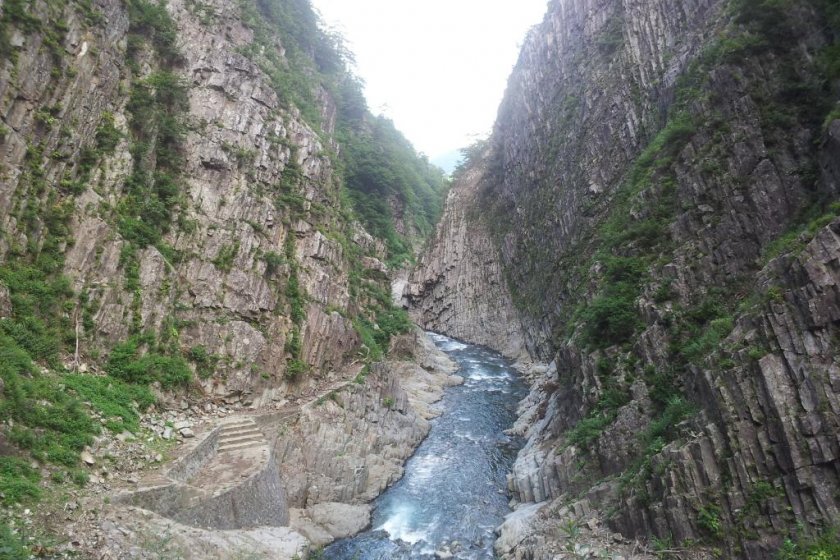 Stunning natural beauty at one of Japan's top 3 gorges

Kiyotsu Gorge is one of the top three gorges in Japan and well known as an area of outstanding natural beauty. It’s tucked away in the mountains between Shiozawa and Tokamachi down a little road with the mountains rising up around you.

There are a couple of ways to see the gorge. Probably the best way is the 7 hour hike along the river that takes you to the back side of Yuzawa. Accompanied by a gaggle of youngsters though we took the shorter option - a 700 metre tunnel dug into the rock cliffs with four viewing stations. I was a bit nervous that the kids would be bored but they loved it. The minute they stepped inside the tunnel (a balmy 21 degrees compared to the mid 30s summer heat outside) they were rushing from one new discovery to another.

There are only four viewing stations, opening up spectacular views of the cliffs and rivers but the space in between is dotted with other things to see: works of art depicting the gorge, a short video projected onto the tunnel wall showing the changing of the seasons, stuffed wildlife and plenty of photographs. There are even a couple of areas of UV light that were a big hit. The tunnel is an easy walk and takes about half an hour in all. The kids charged around and the adults took it at a leisurely stroll, enjoying the viewing stations whereas the little ones preferred tormenting the stuffed bears.

The tunnel is located in a quaint little village with a couple of restaurants, a ryokan and an onsen. It must be a fantastic little place for a weekend getaway. There is also a great omiyage shop with a working loom, and tinned bear and boar meat on sale among the other local offerings. On the access road there is also one of the installation artworks for the Echigo Tsumari Art Triennale that is definitely worth a stop.

It’s a beautiful area and we’ll surely be back to do the long hike. The autumn colors in that area are supposed to be particularly striking. 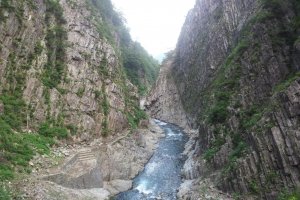 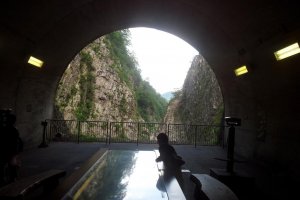 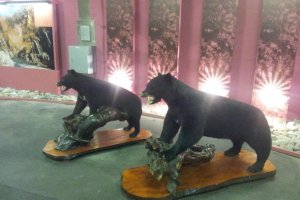 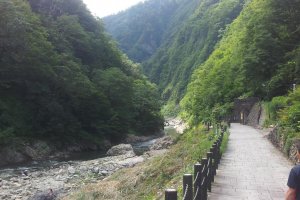 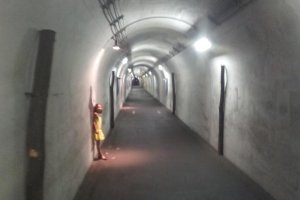 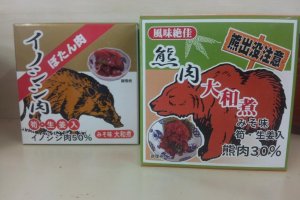