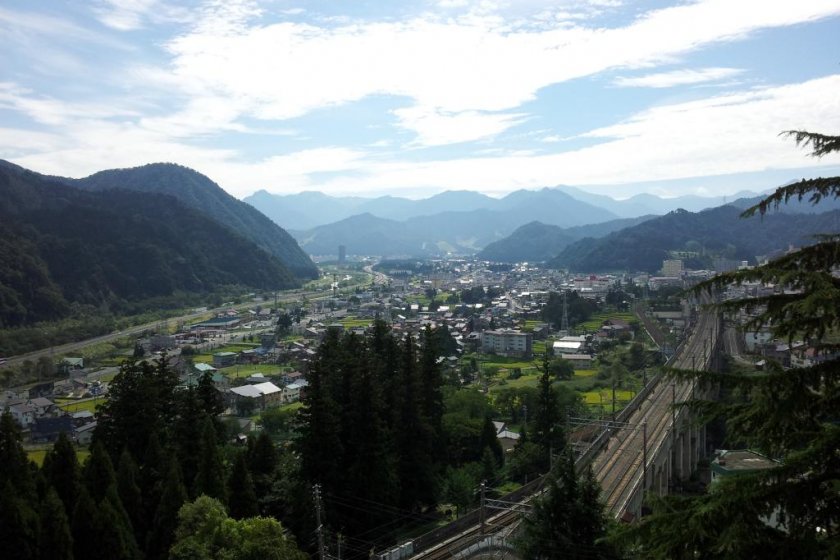 The View from Takahan Ryokan back over Yuzawa

Yukiguni (snow country) is a name for any area that gets vast amounts of snow, though it has now become synonymous with Yuzawa Town in Niigata Prefecture. This is not because it gets more snow than other parts of Japan but because this was the name of a book written by Yasunari Kawabata and supposedly set in the mountain village. He received the Nobel Prize for Literature for his works and now you are hard pushed to walk around Yuzawa without stumbling across some reference to his novel.

The tale itself is about a dilettante from Tokyo and his relationship with a local geisha. It is not a particularly long book but gives a nice overview of life and customs in a mountain town.

The first sentence is famous, and relates to the experience of coming out of a tunnel into a winter landscape. It is relevant today as even in winter you can come up the Kanto plains with not a hint of snow and then passing through the 13 km tunnel under the Tanigawa range you emerge into a town buried by snow.

The author spent a great deal of time in Yuzawa and stayed in Takahan Ryokan which is on a hill looking down over the town. It has been rebuilt since his time but they have preserved the room where he did his writing and it is now the center piece to a Snow Country museum. The museum itself is a couple of rooms on the first floor of the hotel but is a fascinating collection of Snow Country memorabilia and interesting local artifacts, from art, early check-in slips, ancient remains and intricate wood carvings. One of the most fascinating things is a range of photos of the town and ryokan throughout the ages – the wooden inn on the hillside outside of the mountain hamlet is now a modern hotel with a bullet train running close by. Photos of a young geisha who was Kawabata's inspiration as well as photos from the filming of the movie also adorn the walls.

The Snow Country Museum is a great insight into the world of the book and the local area, but the hotel itself deserves a mention. It has been in the same family for hundreds of year. The current owner is the 83rd member of his family to manage the inn after it was built by one of his ancestors who discovered a hot spring source at that location. It is an amazing history and hopefully this unbroken run of family ownership will continue – there must be a massive burden of expectation on the next generation.

In the days before medicine was widely practiced, hot springs acted as curative and prevantative measures for locals and those travelling up from the city. Takahan ryokan prides itself on the quality of the spring water from the source under the hotel and people still travel long distances to bathe in their waters. You don't have to be a house guest to try the waters out for yourself and reap the benefits.

The hospitaltiy at Japanese ryokan is well know and you really feel looked after when you stay. The owners (5 members of the same family across 2 generations work at the hotel) want you to get the best out of their town and local area; from information on the local rice, sake, and strawberries that are unique to the region, to the seasonal mountain produce that has been sustaining the local population since time immemorial. The food at the ryokan is stunning. Local, seasonal cuisine, exquisitely presented – (the owner is also a restranteur) – that utilise the best ingredients from the regions and the Sea of Japan. Their sense of pride in their history and town really come across when they sit down and chat to you.

It's a great place at any time of year but visit in the snowy months to experience Snow Country culture and marvel at how people coped with the huge snowfalls that gave the area its name. 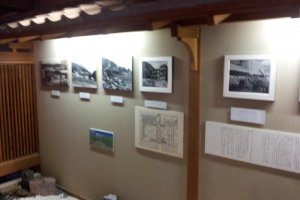 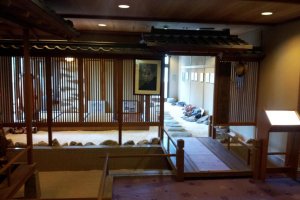