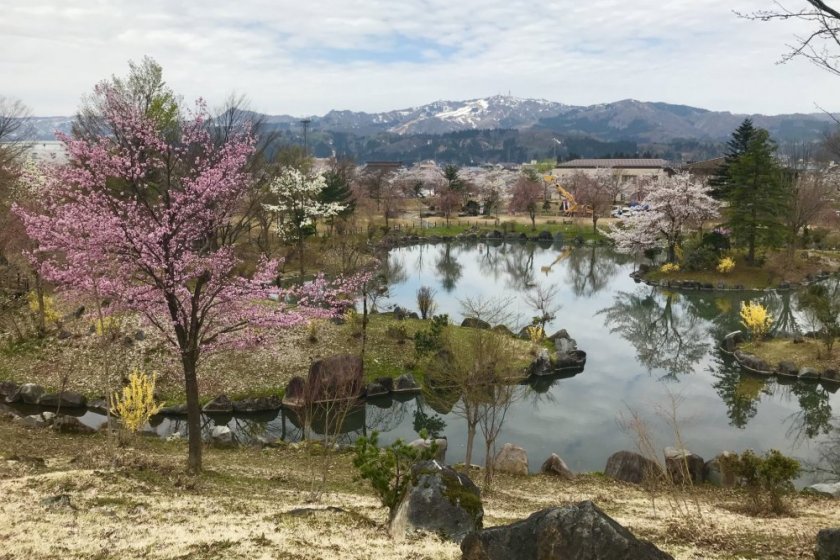 Cherry blossoms are one of Japan's biggest springtime drawcards, and there are plenty of places to appreciate their beauty throughout the country. One such spot in Niigata Prefecture is Zenibuchi Park, which is home to an annual sakura festival. The park is surrounded by a number of mountains, which often still have snow-capped peaks at this time of year - just another part of what makes this region of Japan so picturesque!

A unique feature of this sakura festival is the free crane rides that visitors can enjoy, which allow for a full panoramic view of the park.

Zenibuchi Park is approximately a fifteen minute walk from the JR Muikamachi Station, served by both the Joetsu and Hoku-Hoku local lines. Alternatively, if you're headed to the park via private vehicle, there is free on-site parking available. 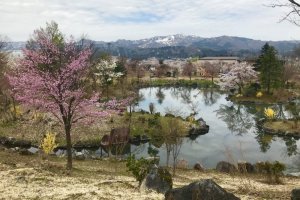 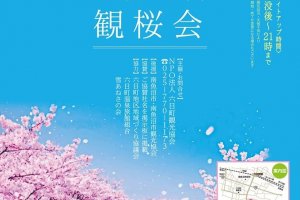 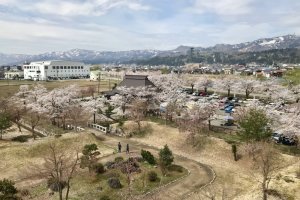 Sleiman Azizi a year ago
Practice social distancing and stay safe. Exactly! And even easier to do when you have the space to do so like here.
Reply Show all 1 replies

Kim Author a year ago
For sure! I know a lot of festivals in Niigata have been cancelled this year, but I think part of the reason this one is still running is because there's such a large amount of space. Easy to still enjoy the beauty of the season without being all on top of people!
Reply
2 comments in total