What Fluffy Balls of Cotton Did for Kurashiki

Kurashiki is a popular tourist destination in Okayama Prefecture, but it might never have been. Originally a village built on reclaimed land from the sea, its rice crops failed to take to the sea water. So they tried cotton, which proved to be a fortuitous move. Those fluffy balls, of high quality, too, created a successful cottage industry which blossomed and led to Kurashiki becoming a key transit link of the cotton trade from 1573 -1600.

The fluffy balls saved the day again for Kurashiki a few centuries later. The town struggled in the 19th century to manage the massive changes wrought by industrialization, together with high taxes, floods and epidemics. A few intrepid townsfolk persevered to obtain financial support from the Ohara family. Together with investment by the town residents, the Kurashiki Cotton Spinning Company was built in 1888. The mill, named Kurabo, advanced Kurashiki’s reputation for fine cotton. Today Kurashiki is Japan's leading producer of superior textile and cloth products.

Many historic landmark buildings were built during these two periods when cotton was especially significant in the town’s survival and success. They are contained in the town’s center, the Bikan Historical Quarter. From the times when it was establishing its name as an important cotton port in the 17th century, we can see warehouses known as kura (the Japanese word for store house) which gave Kurashiki its name. They sport white stone or plaster walls with black tiles that can cover an entire wall from top to toe.

Some buildings also have wooden planked walls that seemed slightly burnt, or even mouldy looking. This is actually a deliberate traditional method of wood protection and preservation known as yakisugi. It is a risky process where they need to char the surface of the wood just right, so it doesn’t start a fire.

Complementing this traditional architecture are European style manors that accommodate and reflect Kurashiki’s modernization in the 19th century. Some of them, like the Chugoku Bank, are still operational, while one of them is now the Tourist Information Office. Many are also museums and galleries, the cultural assets that come with affluence. The same Victorian style gas lamps from that era are still in use.

The big names in Bikan are the Ohara Museum and Ivy Square. The Museum was built in 1930 by Ohara Magosaburo, the magnanimous cotton magnate who had sponsored the first cotton mill. It is opulent and grand, boasting Japanese and European masterpieces with a rather startling Greco nude as its frontispiece. Ivy Square was originally built in 1973 on the grounds of the first cotton mill and a warehouse. It was built to house the Kurabo Memorial Hall which details Kurashiki’s cotton story. But its significance now seems dimmed by a hush and plush hotel, ritzy restaurants, and smartly polished shops.

I stayed at the budget Kurashiki Station Hotel. It has a delicious tenshoku restaurant. The short walk from the hotel to Bikan passes quaint shophouses, and in the tiny streets behind, you might spot a cotton artisan at work.

Kurashiki Station is 15 minutes from Okayama Station on the Sanyo Line. Take the South Exit for Bikan. 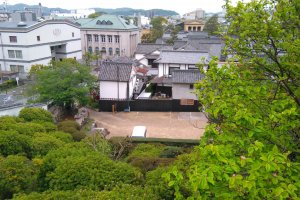 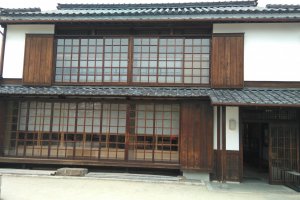 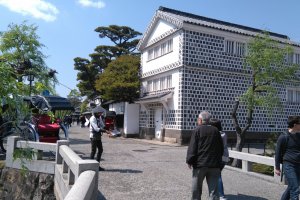 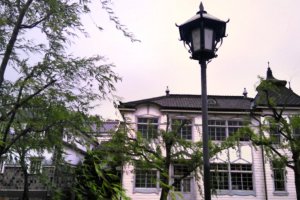 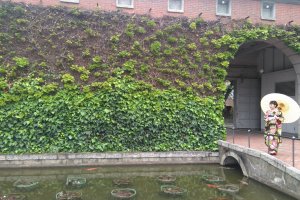 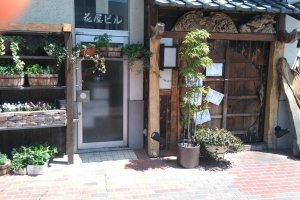 Sander van Werkhoven a year ago
I've visited Kurashiki during my very first visit to Japan back in 2008 and was planning to visit it again this spring (guess what happened....), but wasn't aware of this part of their history. Interesting!
Reply Show all 0 replies

Kim a year ago
Great read! Had no idea about the cotton production here.
Reply Show all 0 replies

Cathy Cawood a year ago
I love Kurashiki. I've been there twice. The Bikan area with the canal and beautiful old buildings is really something special.
Reply Show all 1 replies

Arlene Bastion Author a year ago
It is tourist-oriented, but like tasteful tourism. I loved it, too.
Reply
4 comments in total