The 47 Flavors of Calbee

A rainbow of color and flavor

Can the crunch of just one potato crisp, take you to the balmy shores of Uruma in Okinawa? Well Calbee, Japan's most well-known potato chips manufacturer, thinks it can. With a whopping 73% market share in potato chips sales, Calbee is creating regional flavors, such as Shekwasha Potato Chips in Okinawa.

These potato chips are so popular that it temporarily suspended the sales of 15 types of its potato chips in April due to a severe potato shortage, from which prices of the potato chips at one time even rose to more than six times their usual price.

After a few months, Calbee not only has returned to normal production levels, but they also used the time to diversify its sources of potatoes and to develop new products. They have never failed to amaze and are back with a vengeance. Calbee will be launching 47 different flavors of potato chips reflecting the specialty of each of Japan's prefectures.

For example, Osaka, a foodie's paradise, is known for its takoyaki, will have its potato chips takoyaki flavored, Aichi prefecture is famous for its tebasaki (Nagoya styled chicken wings), and with the main cuisine of Nagasaki prefecture being fish, Calbee's potato chips will be chidashi (fish stock) flavored.

All 47 flavors will be launched in three different stages, with the first stage of 17 flavors having started last month. The next 18 flavors will be available in the middle of next month, and the last batch is scheduled to be released next year. Each pack of potato chips will be sold at about ¥120.

Calbee is even running a campaign, whereby fans can vote for their favorite flavors. Similar to the launches of the potato chips, there are three periods of voting for the campaign. At the end of each of the stipulated dates, some participants will be chosen to receive some flavors of the potato chips.

With the colorful and attractive packaging designs, does it make you want to try all 47 flavors? 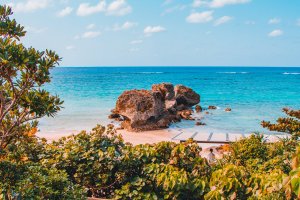 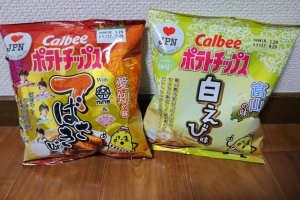