Your gateway to Miyakojima's beauty

Recently, Miyakojima in Okinawa was named as one of TripAdvisor's Traveler's Choice award winners in the emerging destinations category, and you may be wondering about the best way to get there when travel resumes. The island has its own dedicated airport with routes via JAL Airlines to Naha, Tokyo (Haneda), Ishigaki, and Tarama, and via ANA to Naha, Nagoya's Centrair Airport, Osaka (Kansai), and Tokyo (Haneda). ANA also operates a seasonal route to and from Fukuoka Airport at certain times during the year.

The airport spans over three floors, with the first floor accommodating check ins, the second floor for departures, and the third floor containing an observation deck where patrons can watch planes arrive and depart. If you're after a bite to eat, the second floor is home to a range of different eateries including a branch of the American chain A & W, and Pai Pai Nomura which serves a range of Japanese and Okinawan style fare. There are also several retail stores where you can pick up local souvenirs and food products while you wait for your flight.

For parents traveling through the airport with children, there are nursing rooms located on the first and second floor which are also equipped with diaper changing facilities.

If you plan to rent a car to continue your Miyakojima adventures, there are several different car rental agencies located within a few minutes of the airport itself. Many offer shuttle bus pickup services from the airport to their premises, such as Nippon Rent-a-Car, Orix, and Times Car Rental.

The flight time to Miyako Airport (MMY) from Tokyo's Haneda Airport (HND) is around 3 hours and 25 minutes. From Osaka's Kansai Airport (KIX) the flight time is approximately 2 hours and 45 minutes, and from Naha Airport (OKA) it's a short 55 minutes in the air. 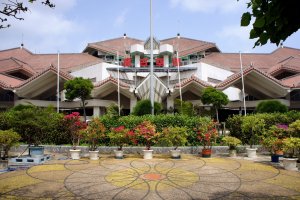 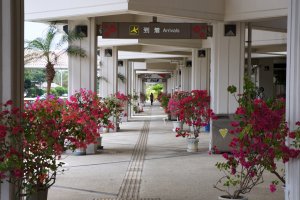 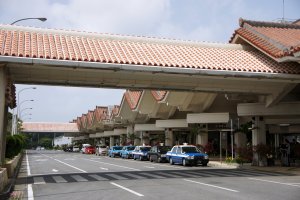