Okinawa is a kaleidoscope of colours, from the aquamarine seas to the vivid reds and indigos of its court officials. It is also home to some of the world’s oldest and healthiest people, with 34 centenarians per 100,000 people. Previously part of the Ryukyu Empire, Okinawa was and remains a cultural melting pot, a centre of trade between various ports in Asia. These islands had their identity shaped by centuries of contact, influencing everything from food to music. If you have five days to spare, drop in to this blue water paradise and make new friends in the most relaxed and warmest part of Japan.

Here is the definitive guide to Okinawa, covering the very best this sub-tropical island paradise has to offer.

On arrival at Naha Airport take the monorail to the hotel in Naha city, the capital of Okinawa. In the afternoon, visit the Okinawa Prefectural Museum and Art Gallery, to understand more deeply its history and culture, and to prepare yourself for the days to come. Following dinner take in one of the many cafes, Okinawan or jazz music venues in Kokusai dori, the island’s “International Street”.

Shuri Castle is a fort and palace, with a fusion of Chinese and Japanese elements from the 13th century, and was the seat of power for the Ryukyu kings for 400 years. The tiled surface of the forecourt is striking with its red and white stripes, which is uniquely Okinawan. As the only remaining Ryukyu castle, it is a world heritage site reconstructed to its former glory. Step inside and take a magnificent glimpse of a lost empire. For lunch head to Ashibiuna, a traditional Okinawan restaurant.

In the afternoon, head to the Taste of Okinawa Cooking School Studio at 330pm at 1-6-21 Tsuboya, before a visit to the Makishi Public Markets, with dozens of fresh food stalls showcasing local produce, finally heading to a hands-on cooking class using some of the ingredients. This is an insightful foray into Okinawa culture, which will be of interest to active and passive cooks alike. Enjoy the food of your labours, with the class ending at 6:30pm. In the evening, head to one of the local izakaya streets in the suburbs, a rabbit warren of mum and dad stalls, with seating just enough for a private party.

Venture to Bise, one of the most tranquil villages in Okinawa. It is then time to meet the locals and discover the secret behind why five times as many Okinawans live to be 100 as the rest of Japan. Take lunch at the aptly named "On the Beach" Cafe, and then head to Kouri Ocean Tower, with a magnificent view of the blue water. After that it is time to visit the Nakijin castle ruins which take you back to the 13th century, to a time when this island was a collection of three kingdoms, before heading back to the hotel for a traditional Okinawan family meal.

DAY 4 Retrace the relics from the Battle of Okinawa

Southern Okinawa was the epicentre of one of the most intense battles of World War II. Today retrace these events at the Naval Underground headquarters, as well as the Okinawa Prefectural Peace Museum. In 1944, the Japanese Navy Corps established the underground structure as their headquarters in Okinawa. Measuring at a length of 450 meters at that time, the semi-circular tunnels are made up of posts and concrete by using pickaxes and hoes. Take a walk through these tunnels as well as visiting the commanding officer’s room and some of the operations rooms. Round out your trip on Southern Okinawa with a prehistoric Ganglia Valley walk, or a visit to Okinawa World, where you can dress up in traditional costume.

Take a tour to one of the world's biggest aquariums, where you can see whale sharks and stingrays swim right above you. Alternatively you can relax at the American Village, try the fluffy pancakes at "A Happy Pancake" at Umikaji Terrace, before viewing a spectacular sunset. If island life takes your fancy, you can instead take a ferry to one of the Kerama Islands. 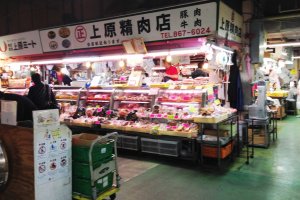 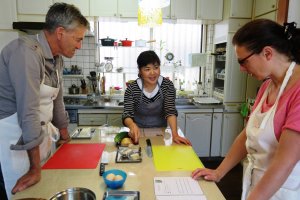 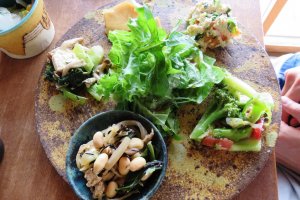 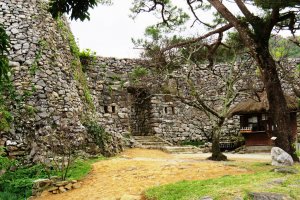 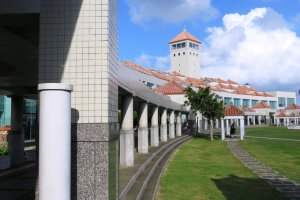 Joseph Bautista 3 years ago
Been in Okinawa before, only 3 days and I left knowing I sure someday I will go back. 6 days trip sounds great.
Reply Show all 1 replies

Bonson Lam Author 3 years ago
3 days is too short to enjoy everything Okinawa has to offer. If you are back in Dec, let's meet up for some local Okinawan brew..
Reply
3 comments in total