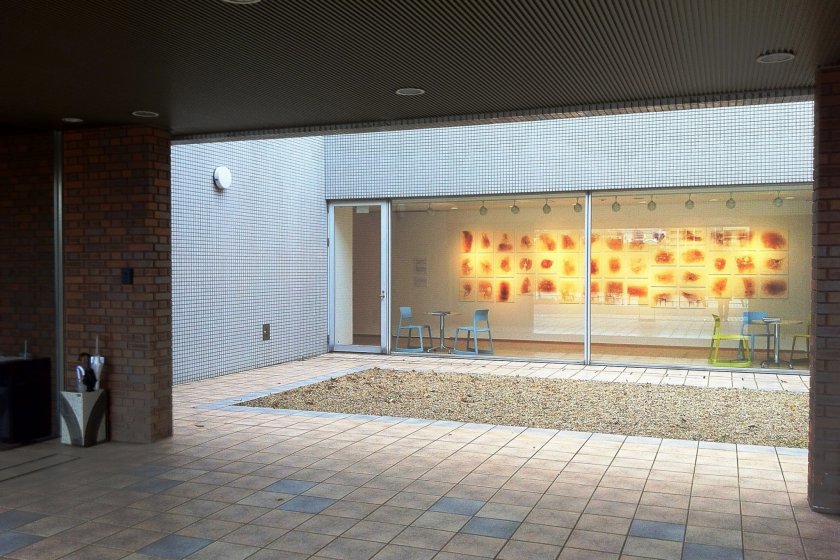 The Art Court Gallery is a small sanctuary of culture away from the adrenaline rush of Osaka. I mean I like to bar hop as much as the next person (and Osaka is the perfect place to do that), but sometimes you need to nourish your soul rather than kill your liver.

The gallery is hidden in the gardens of the OAP (Osaka Amenity Project) Tower – a hodgepodge of shops, Japanese and ethnic restaurants. Firstly, you know you’re not in Kansas anymore when McDonalds is classed as an ethnic restaurant. And secondly, I really do mean hidden. Obscured by trees, bushes and a giant space for parking bikes, accessible through a walkway dotted with sculptures, the gallery is not easy to find. But it is certainly well worth the search.

Established in 2003, the gallery is one of the largest in the Kansai area and hosts several exhibitions a year, showcasing both local and international artists who “show strength in concept and technique”, in the words of gallery worker Michiko Kiyosawa. This includes work from the post-war period right up to the contemporary.

The gallery also assists artists who have been given commissions and you can see some of the assisted projects at the Shiga Prefectural Government Office, the South Gate building at Osaka station, a couple of hotels in Osaka and at the 4 World Trade center. Artists who have exhibited at the gallery include Hitoshi Nomura, Kozo Nishino and Shiro Matsui.

One such artist currently on display is the sculptor Yo Akiyama. At this exhibition, his work is divided into three parts, each of which draw on similar themes but with startlingly different results.

The first is entitled ‘Metavoid’ and is a series of clay sculptures which seeks to explore concepts of space and perception by making a large bowl on a potter’s wheel and then turning it inside out so the void becomes the outside. Five such challenging pieces are exhibited and are well worth investigating.

The second part is a series of slabs with prints of spider webs. These pieces are truly stunning (my personal highlight of the exhibition) and truly capture the natural beauty of spider’s webs. The powdered iron used to render the spider webs on slab gives the pieces a magnificent color. These pieces are being exhibited publicly for the first time.

The final part of the exhibition is an attempt by Akiyama to recreate his original work in black pottery (created when he was still a student). There are ten pieces in this series which is entitled ‘Incubation’.

Akiyama’s work, then, can be seen as an attempt to push and go beyond the boundaries of ceramic art as a genre. The exhibition, which runs until January 25, is definitely worth a visit. And if you will be in Osaka after January 25th, you should head over to the Art Court Gallery for its other exhibitions. It’s a spot of tranquility and calm in the pulsating heart of Osaka. 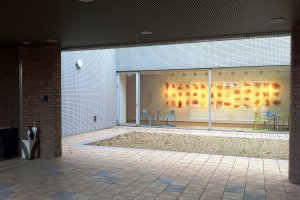 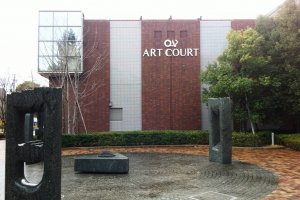 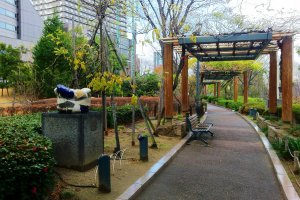 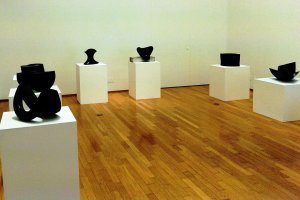 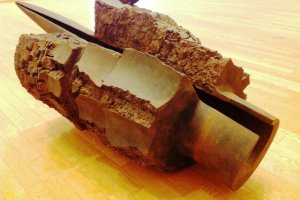 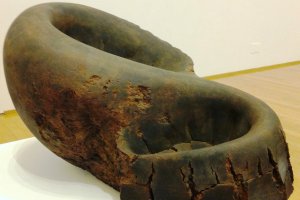 Victoria Vlisides 5 years ago
Yet another gem in Osaka!
Reply Show all 0 replies
1 comment in total