Stay in affordable comfort at this Osaka business hotel

Planning a trip to Osaka one time, I was looking for somewhere to stay that would meet my criteria, as a traveler who likes good comfort but low prices. Fortunately, there's plenty of competition to keep prices down, so I settled on one of the city's numerous hotels in the APA chain.

The hotel is typical of the chain, a mix of the restrained modern and the blingy. I was checked in smoothly by a man who spoke capable English, and as well as having the information in English throughout the hotel, they also provided an English map of the area. This shows not only restaurants and bars, but also helpful practical information such as the opening hours for nearby Osaka Castle, and the times of the first and last trains on the subway.

My single room was reliably compact, about big enough for a solo traveler with very little luggage. APA seem to have given up charging for in-room video, so on my evenings in I could choose from a (slightly limited) selection of films. The design was stylish and the bed comfortable, and while the one pillow was desperately thin, the reception staff were happy to give me another when I asked.

One of the draws for me was the sauna in the public bathroom, where I'd go each morning and evening. Here the sauna was very cosy - more than three or four men will be getting to know each other very well - and there was an icy cold bath just nearby for the hardy who do their saunas in authentic Finnish style.

The area's really best described as 'utilitarian' - it's heavily urban, at the intersection of two main roads, one of which has a big flyover above it. You're not short of eating and drinking options, though most of them are ramen shops and izakayas (dining bars) that cater directly to the local office crowd. 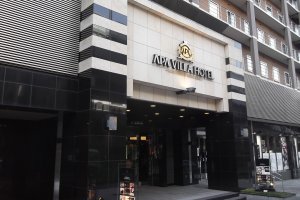 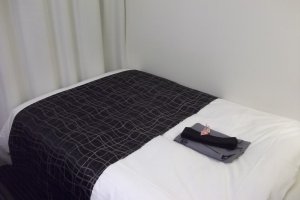 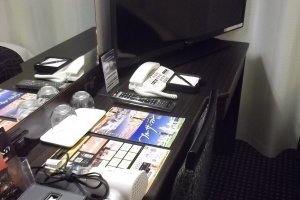 Justin Velgus a month ago
I enjoy your authentic hotel reviews. Even among chains, there are differences. A+ for service here! In future reviews, would you also consider sharing information about the neighborhood? Such as "plenty of charming cafes", "a bit of a shady/sketchy area", "noisier than I thought", etc. Cheers!
Reply Show all 1 replies

Peter Sidell Author a month ago
I often do, but overlooked it this time! I've just added in a paragraph about it.
Reply

Kim a month ago
Affordable and comfortable are two major things I look for when I'm searching for accommodation options. APA has been a solid option for me in the past.
Reply Show all 1 replies

Peter Sidell Author a month ago
They are reliable - not my first port of call, especially if there's a Dormy Inn available, but a good back-up.
Reply

Peter Sidell Author a month ago
Yes they do! But I've become reluctant to put rates in my reviews, because they vary so much, and I've used booking websites so much that I get discounts that aren't available to everyone.
Reply
6 comments in total