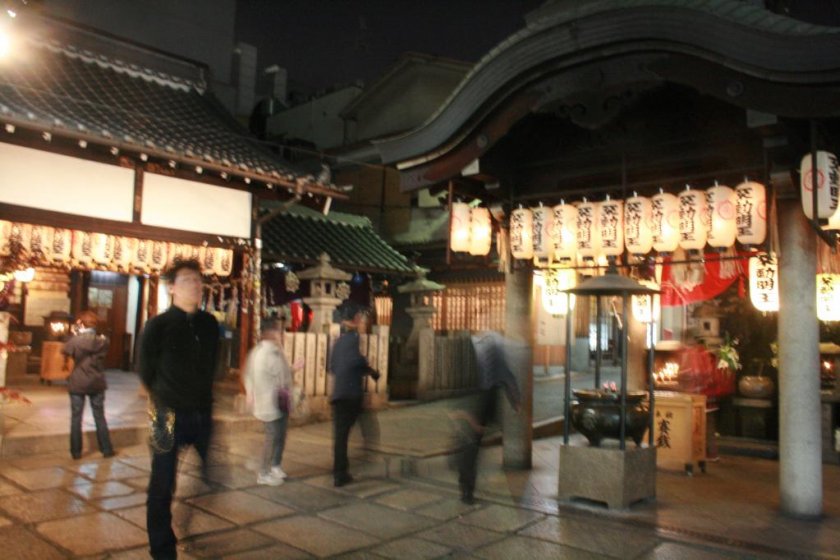 An oasis of calm in Dotombori

Visitors to Osaka seeking a little bit of quiet reflection could be forgiven for passing by Dotombori. The flashing neon lights and pulsing sounds of this entertainment district hardly speak to anyone's inner Buddha. But for those who wander slightly east of Shinsaibashi and a few streets south of the river, a tiny pool of calm awaits.

Tucked away not far from Dotombori Bridge, 法善寺 (Hozenji), a small temple built in 1637, pays homage to Fudo Myoo, one of the five Myoo, or Wisdom Kings. The fierce kings are the guardians of Buddhism and, more specifically, the Five Wisdom Buddhas.

No coins are tossed in offering at Hozenji as they are at other Japanese temples. Instead, worshippers make their supplications and then splash some water on the statue of the deity (often called Mizukakefudo) that is the heart of this temple. Due to the frequent dousings, the statue is now blanketed by a soft, green carpet of moss. It is said that originally only visitors who had not brought an offering would splash the statue with water, but this eventually became the common practice.

The Myoo (Japanese for the Sanskrit "Vidyaraja"), were originally Hindu deities but were introduced to Japan in the 9th century. Fudo Myoo is usually depicted holding a sword that represents wisdom cutting through ignorance in his right hand and a rope in his left. He is often accompanied by two smaller statues - attendants named Kongara and Seitaka.

The temple grounds are lovely at night when the many paper lanterns are lit, giving off a warm glow that is reflected by the wet stone- paved street below. Standing in this quiet place of worship, visitors can forget for a short time that they are in an area of the city that is synonymous with nightlife.

The temple is situated in the middle of Hozenji Yokocho, a narrow, atmospheric alley with small shops and restaurants that provide a little taste of the Osaka of old.

The small statue of Fudo Myoo was the only thing in the area that survived the bombings of WWII, but the temple grounds and alleys were soon rebuilt with an eye to retaining the spirit of Naniwa (former name of Osaka).

This little corner of Osaka is a cultural gem that reveals yet another facet of this thriving metropolis.

Find out more about Hozenji Temple.

I have always wanted to travel and live abroad and, of the places I've lived in, Japan definitely feels the most like home to me. I'm from Toronto, Canada and I have been living in Chiba and working in Tokyo as an English teacher for 3 years. I also lived in Osaka for almost a year, during which time I got to explore a great deal of the Kansai area. My students always ask me if I prefer Osaka or Tokyo and though it did take me a while to settle in to the rhythm of Tokyo, I can honestly say that I can't choose one over the other now.I've seen many beautiful things in this country and am looking forward to seeing even more. 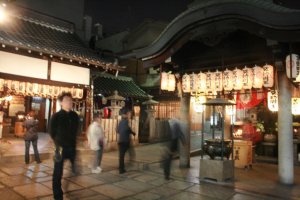 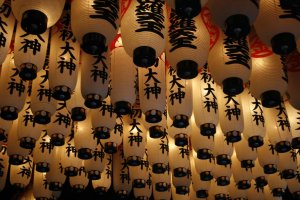 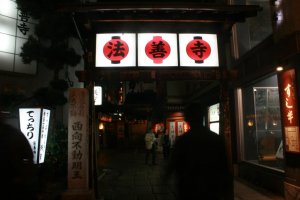 Andrew C 3 years ago
wish I was there!
Reply Show all 0 replies
1 comment in total