Catch the bug this summer

Kemasakuranomiya Park is known for its beautiful cherry blossoms that bloom in the springtime, so when I visited in late July there were only a small handful of locals there. Even though it couldn’t really be called a tourist attraction at this time of year, there were still a few out-of-the-ordinary elements to this park that caught my eye, and made it an enjoyable walk.

The park is long and thin, situated alongside the Yodo River and a short walk from Sakuranomiya station on the Osaka Loop Line. Its proximity to artificial beaches and smattering of small palm trees gives the north side of the park a summery seafront feel. You pass some kids practising their baseball swing and a few kayakers packing up for the day, but mostly this is a running park (and understandably so). If I lived nearby this would definitely be my route of choice for a jog. A riverside run is always pleasant, but with the shade of the park’s trees and the sights of its water features you really can’t go wrong here.

After you cross the large bridge that bisects the park, it becomes a more mainstream green space, with a large pond running through it and lines of sakura trees along the waterfront. Out of season, I would say that the main reason to go out of your way to visit this park would be the indigenous fauna. A great spot for bird watching, the river’s banks are home to fishing birds like grey herons, and waders like curlews and sandpipers. There are a myriad of insects, many being chased by local children with nets. Huge dragonflies perform aerial acrobatics over the water and pond skaters make ripples and are chased by frogs. The main animal event is undoubtedly the mud crabs. Trapping them as they scuttle between the water and their burrows seemed a popular pastime for locals. I was approached by more than one Japanese youngster, eager to show off his bucket of successful catches. If you’re after something a little more serene or aesthetically appealing, the traditional Japanese grounds of the Garden Oriental Osaka restaurant are just around the corner, open till early evening.

For impressive imagery, I’d advise leaving a visit to Kemasakuranomiya Park until spring. However, if you feel like catching some crabs or having a pleasant run along the river, go anytime. 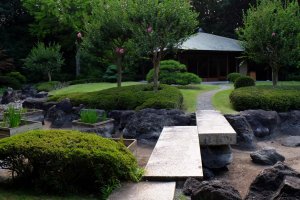 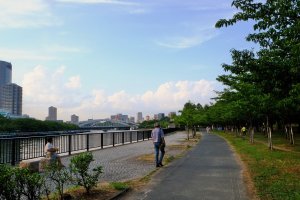 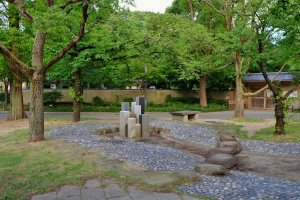 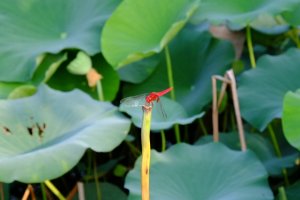 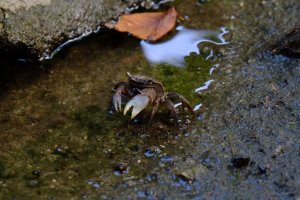