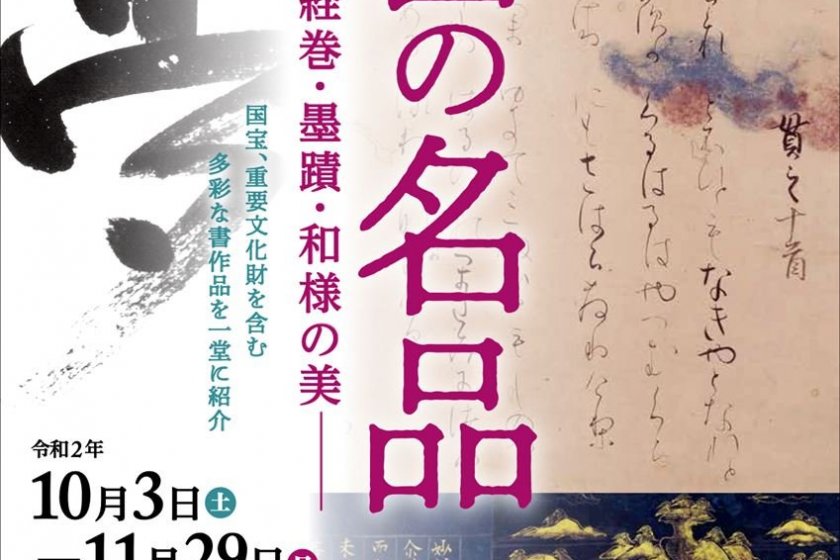 A special exhibit taking place at the Kuboso Memorial Museum of Arts in Osaka is titled "Masterpieces of Calligraphy: Sutras, Bokuseki, and Japanese beauty". The event showcases around 40 calligraphy items, including sutras created between the Nara and Kamakura Periods, calligraphy written by Zen priests in the Kamakura Period and beyond, and poems written between the Heian and Kamakura Periods. Several of the works on display are designated as Important Cultural Properties of Japan, and they really highlight the beauty and history of this art form.

Adult admission to the special exhibition is 600 yen.

The Kuboso Memorial Museum of Arts is located under 10 minutes by taxi from the Izumi-Chuo Station, served by the Semboku Rapid Railway.

For those who are driving to the museum, it's located approximately 3 minutes drive from the Hanwa Expressway's Kishiwada-Izumi Interchange. Free parking is available at the venue. 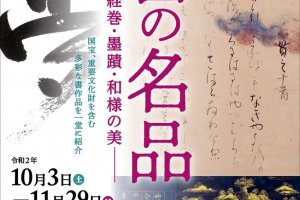 Elena Lisina 4 months ago
I'd like to learn calligraphy if I lived in Japan!
Reply Show all 1 replies

Kim Author 4 months ago
That would be a really wonderful experience! I think that it would be a unique way of connecting with Japan's culture.
Reply

Elizabeth S 4 months ago
What an amazing opportunity for people in and around Osaka to see these historic texts. I'd love to see Miyamoto Musashi's shrike with my own eyes.
Reply Show all 2 replies

Kim Author 4 months ago
Quite reasonably priced for a special exhibition of this caliber, too!
Reply

Elizabeth S 4 months ago
I see that. Admission is ¥600? Hm, maybe a Kansai trip this autumn...
Reply
5 comments in total