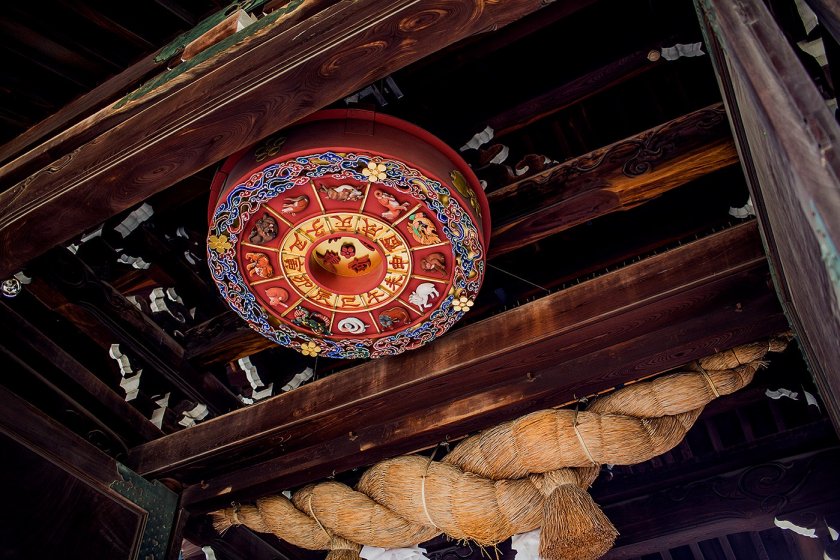 When you think of places to find shrines and the great places of cultural heritage in Japan, Kyoto easily springs to mind. Yet Osaka has its own surprises when it comes to Japan's cultural heritage, with Osaka Tenmangu Shrine just one shining example.

In amongst the big city bustle, it seems it is still possible to find some solace. Osaka Tenmangu Shrine is just 15 minutes by train from JR Osaka Station. Osaka Tenmangu, or 'Tenjisan' as it's known by the locals, is the most famous of all the tenjin/tenmangu shrines throughout Japan.

If you are familiar with the shrines of Japan, you will notice that there are many different types, encompassing different architectural and design features, and of course, with different purposes. Tenjin or tenmangu shrines refer to those shrines dedicated to Sugawara Michizane, one of the greatest scholars, poets and politicians of Japan's Heian Period. Naturally, Osaka Tenmangu Shrine enshrines Suguwara Michizana as its deity. Originally erected in 949, Osaka Tenmangu has been destroyed several times since its original construction. The current shrine was built in 1845 with the construction conducted by servants.

Osaka Tenmangu is also home to Osaka's biggest festival, the Tenjin Matsuri, which is held each July. It is one of the three greatest festivals in Japan, and the world's greatest boat festival. During the festival Osaka comes alive, with performing arts such as bunraku and kagura music performed throughout the city.

It is surprising to see such a large grounds for a shrine in the middle of a residential and business district. What's even more surprising is how quiet it is. A place popular with locals, it's unusual to see tourists at Osaka Tenmangu. You can experience the rareity that is finding yourself alone, wandering the pathways, or standing at the alters. This is an enormous contrast in comparison to the manically popular temples and shrines of Kyoto, where you must engage in the deadly battle with other tourists to get the ultimate 'postcard shot'.

What makes Osaka Tenmangu particularly interesting is the pluralism of symbolistic forms throughout the grounds of the shrine. The main building of the shrine seems to resemble more of a temple than a shrine, and serves a fine example for early architecture of its type. Torii gates can also be found throughout the grounds, marking gateways and pathways to altars (not unlike those at Kyoto's Fushimi Inari Taisha). Yet perhaps the most interesting feature of Osaka Tenmangu is the orientation of the zodiac which appears on the ceiling of the daimon (big gate, or entrance). Unlike in usual zodiac depictions, the rooster appears here as a pheonix.

If you're interested in looking inside the shrine, tours and an introduction to the Shinto way of prayer can be provided for groups of two people or more. For ¥1000 (two people or more) or ¥900 (ten people or more), you can take part in this unique experience, which includes a souvenir. The experience is available in English. Call the temple to book ahead in advance. Osaka Tenmangu Shrine is also a popular location for traditional and modern Japanese weddings.

A short walk from other popular attractions in Osaka such as Tenjinbashisuji Shotengai Shopping Street, Osaka Tenmangu Shrine is a valuable itinerary addition for those with an interest in Japan's rich cultural heritage. Osaka Tenmangu Shrine can be accessed easily via JR Osakatenmangu Station, Minamimorimachi Station on the Tanimachi subway line. 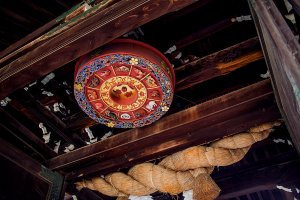 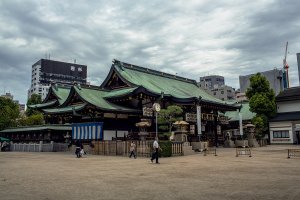 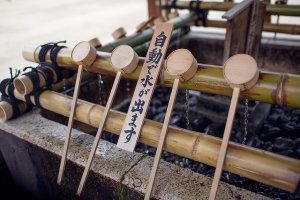 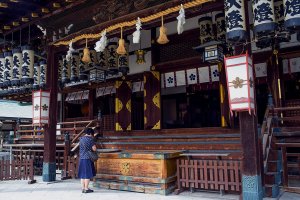 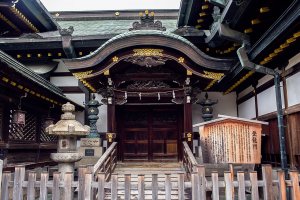 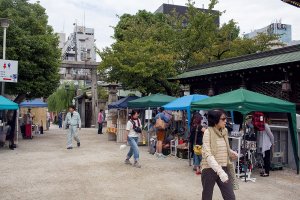