Escape from Tennoji to one of Japan's oldest temples

Most tourists dismiss Osaka. Instead, they head straight for Kyoto to view the picturesque, wooden temples that have become the staple of the Japanese tourism industry. However, sitting amongst the squalor of suburban Osaka is one of Japan's oldest temples. Shitennoji Temple Osaka is an island of peace amongst the bustle of Tennoji as is the perfect place to escape for a few hours and experience the most enduring symbol of Buddhism in Japan.

The temple was originally constructed on the orders of Prince Shotoku in 593 and was rebuilt in 1963 to ensure its longevity. Currently, the temple acts as the headquarters for the Washu sect of Buddhism.

Admittance to the outer areas of the precinct is free of charge, with visitors able to wander through a variety of gatehouses and smaller temples. Equally, patrons are free to view the "turtle sanctuary" a pond full of small turtles. The story goes that people began abandoning their turtles to a compassionate monk who would take care of them; then as nature took its course turtles began to outnumber the human population.

Entrance to the inner precinct only costs ¥300, however, it does not cover admittance to the Gokurako Gardens. The main attraction inside the complex is the five-story pagoda which can be entered and climbed. The top of the red weatherboard pagoda offers sensational vistas over the temple grounds and over suburban Tennoji.

The main temple itself houses two bronze statues of Buddha, however, photography is strictly prohibited.

Separate to the temple but geographically close are the Gokurako Gardens. The seasonal conditions dictate the nature of the park but as a general rule, it is best visited during the cherry blossom or during the fall and the autumn foliage. The park, however, is subject to frequent closure so make sure you check before visiting when open admittance is separate from the Shitennoji ticket and costs ¥300.

It also should be noted that the Shitennoji temple is currently subjected to the refurbishment of the eastern and western walls of its precinct, somewhat disrupting the temple's allure. For those who reside permanently in Osaka, consider delaying your visit until its completion. But, for those with limited time the Shitennoji temple remains a must see.

How to get there:

Find out more about Shitennoji Temple. 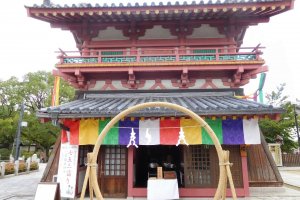 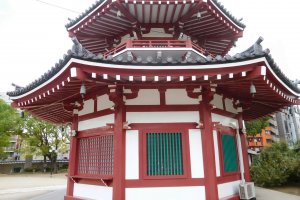 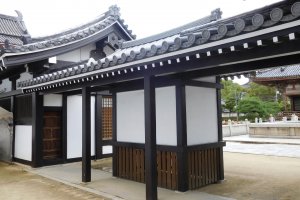 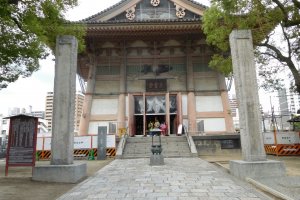 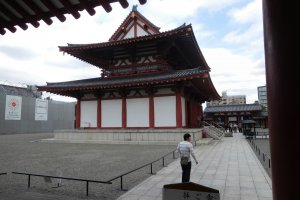 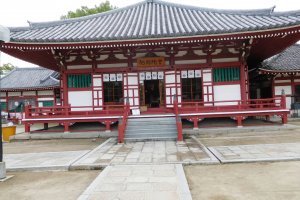 Rasawulan Sari Widuri 4 years ago
When I came to shintennoji temple on last October, the temple is under construction. But I think with that condition, the temple is still recommended for tourist.
Reply Show all 2 replies

Connor Lappin Author 4 years ago
Hi Rasawulan, yeah i agree with you- the construction definitely does not detract from the overall experience. But i think for those who are living in Osaka it is important to know - maybe weekends are even better when it is likely the construction workers are not working?
Reply

Rasawulan Sari Widuri 4 years ago
Yes, i do agree. Weekend is the best time for tourist for coming to the temple, so I hope construction can be stopped only for weekend.
Reply
3 comments in total