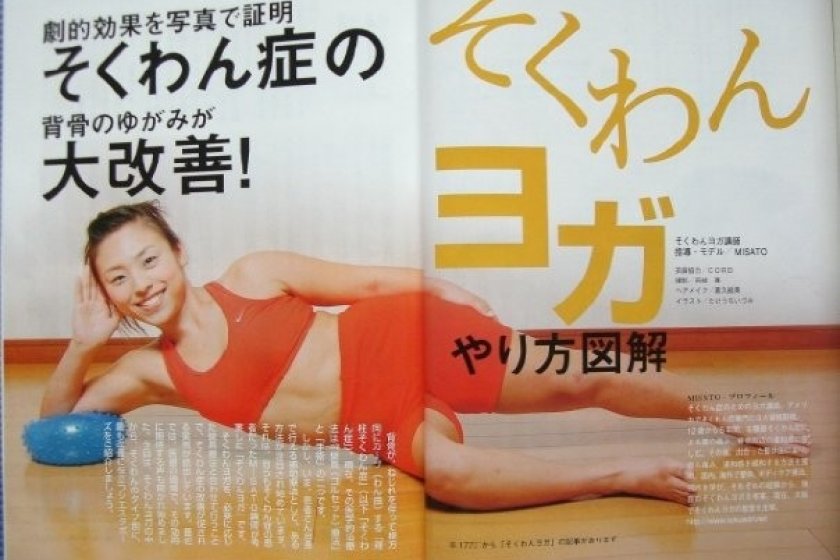 Natural Healing for your spine

Sokuwan Yoga has been featured in a Japanese Magazine (Photo: Misato Matsuoka)

Saki dreamt of being a normal teenager, dancing and joining the volleyball team, but was staring at the prospect of back surgery. Though in the flower of her youth, she was looking at a life time of chronic back pain, and this was particularly acute when she was standing or sitting for a long time. This began when she was 13, and she tried to follow her doctor’s suggestion to wear the spinal orthotics for 24 hours, but it only made it worse. She was upset and felt isolated, thinking that she was the only scoliosis sufferer in her community.

When she was 17 her mother found the Yoga for Scoliosis program. During the summer break, she took five classes in total; each class being for almost seven hours. After the end of the last class, the curvature in her spine decreased from 60 degrees to 50 degrees. Saki said “I really enjoyed the class and did not feel any pain. I felt alive and was in good spirits when taking the class.” On advice from her instructor, she sleeps on the yoga balls provided, and after practising this and other techniques at home, her curvature further decreased to 35°after five years. Her shoulder used to be uneven that in the sense that her left side was lower than the right. Now, it is hard to see that her shoulder is uneven.

She no longer required invasive surgery, to her back, a procedure that could have resulted in paralysis. Sokuwan Yoga’s natural healing allowed her to keep her body whole. She also regained her posture, and through counselling with her instructors and meeting other people with the same condition, have realised that she is not the only sufferer, and through the work of Sokuwan Yoga, can improved their condition and self-confidence.

Scoliosis is a medical condition where the curvature of the spine is deformed. Anyone can be affected by it; however the causes may differ from person to person. The majority of people affected are girls, and early treatment is most effective. People have Scoliosis may have difficulty breathing, exercising or sitting still, and it may cause chronic pain.

Saki’s instructor, Misato, also suffered from Scoliosis. In the summer of 2006 Misato resolved to find a natural way to heal her condition, and she went on a mission to uncover a cure. Her search led her to the United States, where she learned about Yoga for Scoliosis, and received her certification in 2004. Returning home to Japan, she soon realized the lack of understanding about this condition, even though thousands of people of all ages were suffering chronic pain and in despair because of it.

Misato resolved to do something about this and founded the Sokuwan Yoga for Scoliosis clinic, the first in Japan.

One by one, people from Japan and around the world have discovered there is hope for Scoliosis sufferers, and her holistic approach for mental, emotional and physical healing, tailored for each individual, have given them a new lease on life. She takes care in explaining exactly their condition, enlightening and empowering them at the same time. Today, she is as committed to her mission of understanding and empowering the lives of each person under her care as ever.

She uses more than 100 different yoga poses to help people suffering from Scoliosis. After a series of consultations, counselling and treatments, clients can receive follow up lessons and consultations by email, allowing them to improve in their own home.

In the last few years, Misato received more than 4000 requests for Scoliosis treatment from all around the world. Misato offers new clients a beginner’s package which includes counselling, the lesson, and a DVD to practice remedial exercises at home, and yoga balls. These exercises only take 10 to 20 minutes to complete, and make a good daily routine. More than 90% of new clients reduce the curvature of their spines at the end of the first class, by as much at ten degrees.

The Sokuwan Yoga for Scoliosis clinic is located in University City on the west side of Osaka, by Osaka Bay. Her clinic also offers a residential program for her students to stay and to practice. Further information is available here. 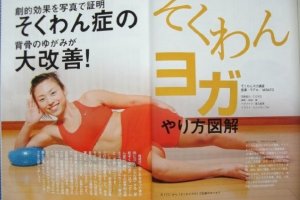 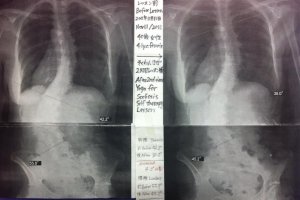 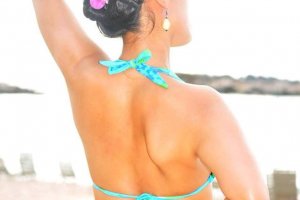