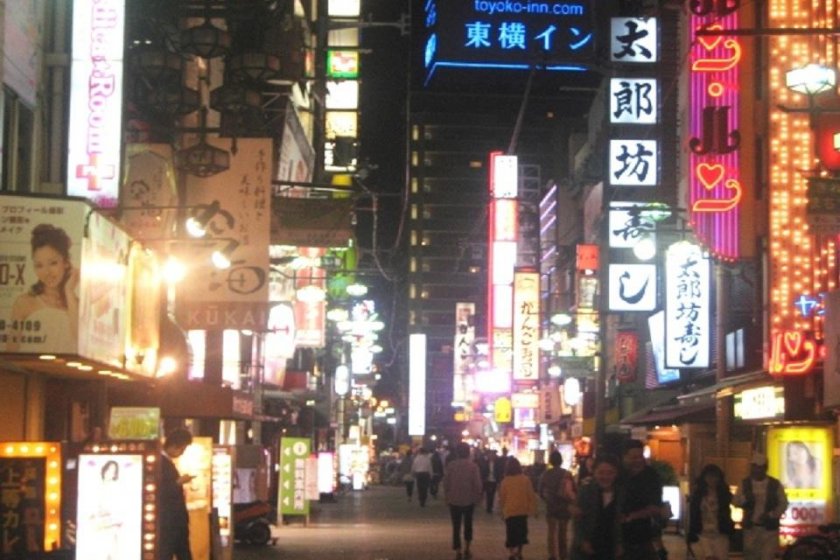 Nightlife and street food meet in a working man's town

Juso is working man’s Osaka. Close enough to the business district in Umeda, but far enough not to pay premium tariffs for hotel rooms on prime real estate. Toyoko Inn probably had that in mind, as they do not have a branch in front of Osaka / Umeda stations.

The Toyoko Inn Juso Hotel is five minutes’ walk from Hankyu Juso Station, with frequent trains to Kyoto, Kobe, Osaka (Umeda) and a change of trains to Itami Airport. Kyoto bound express trains leave every 10 minutes or so. First stop in just under 20 minutes is Takatsuki-shi, home of the Jazz Street Festival during Golden Week in May.

The hotel is one of the highest buildings above the entertainment district, making it easy to find. In summer you can watch the fireworks from the balcony if you have a city view room, or if you room faces north, watch the airplanes land, without being too close to hear them.

While Juso is passed by millions of people each day from Osaka to Itami Airport, or from Kyoto to Kobe on the Hankyu railway line, these train passengers rarely get a glimpse of the underbelly of Osaka. From grandma’s 1970s kitchenware shops Shotengai (covered shopping street) to the Sakaemachi red light district further west in Juso Hommachi, this town is pedestrian and exotic in equal quantities. Take a stroll along the pedestrian friendly laneways for some fantastic okonomiyaki (Japanese savory pancake like food on a grill) at Yamamoto’s without the tourists or the glitz of Dotonbori or Namba. You may get lost in some of the back lanes where Black Rain was filmed, starring Andy García, Ken Takakura, Michael Douglas and the Osaka Yakuza. Its edginess also attracted Steven Stegall into opening his dojo. Nearby is Fandango, looking like an abandoned warehouse and blasting out some great songs by some up and coming hard rock bands.

Toyoko Inn is a no nonsense business hotel chain specializing in providing all the amenities you need with none of the frills, with locations that are close to major as well as some minor train stations. If you are more likely to be out than inside your room during the day, the Toyoko Inn ticks all the boxes. Super clean rooms, pleasant homely beige and striped wallpaper, comfortable but firm beds, a bath/shower, complementary yukata pyjamas, in room Wi-Fi, a bar fridge, a writing desk, individually controlled reverse cycle air conditioning, complementary Japanese tea, and some nice touches, like a hot water kettle with a humidifier function, and a TV showing Japanese channels with movies on demand. It is amazing how consistent the quality and décor is at each Toyoko Inn. I had stayed at over a dozen different locations over ten years, and the only difference is the color of the bedspreads. It is either orange or green.

In the reception area there are a few complementary Internet laptops/PCs, Wi Fi, English and Japanese Newspapers, and a simple but hearty breakfast buffet included in all tariffs each morning, consisting of miso soup, onegiri (Japanese rice balls (actually triangular shape) with seaweed or umeboshi (pickled plum), and croissants/ bread rolls, mini sausages or scrambled egg and Japanese style salads, like pasta salad with Japanese mayonnaise, or potato salad, plus Japanese or English tea and American Coffee. Of course if you prefer to drink something else, or sleep in past nine thirty and miss the breakfast, there are always the vending machines.

Being more like a home base, they also have luggage storage and coin operated washing machines and clothes dryers. Being head and shoulders above the neighboring buildings in the red light (but relatively safe) entertainment district, most rooms on the higher floors have panoramic views of the local district. All other rooms have reasonable views of the district, but nothing to write home about. Stay here for great amenities and low prices throughout the year 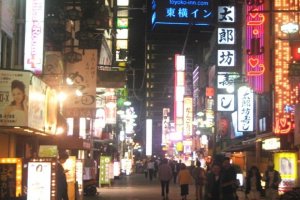 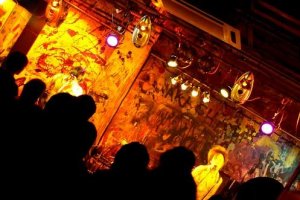 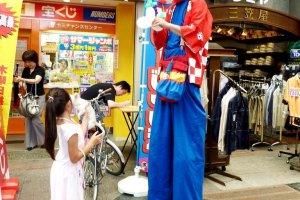 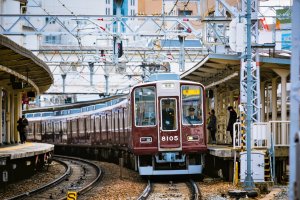 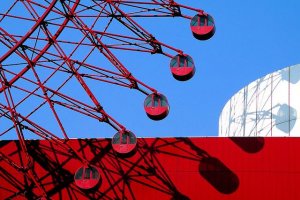 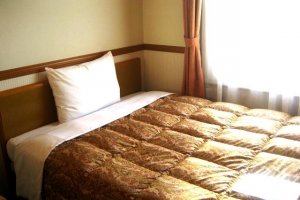