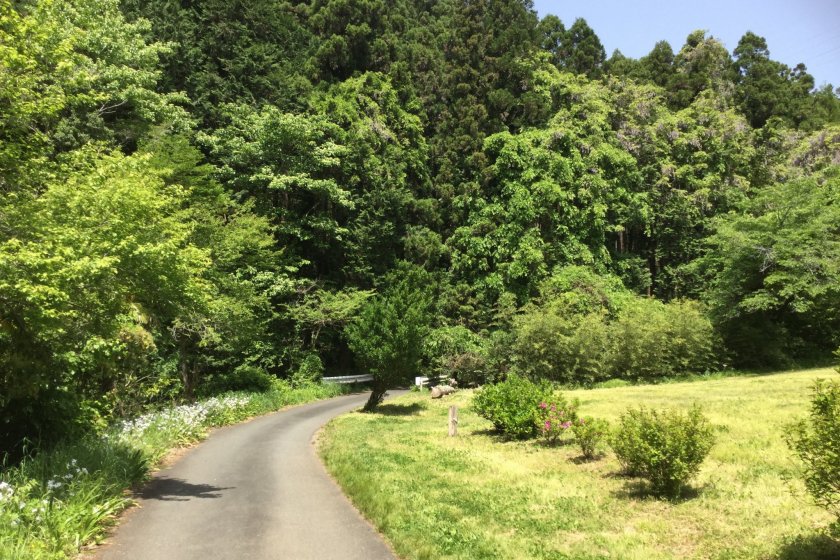 Hiking From Musashi-Yokote to Koma

A five hour hiking trail through the mountains of Hidaka

The road to Gojo Falls

Today, May 4th for みどりの日 or Greenery Day, we headed to Musashi-Yokote Station along the Seibu Chichibu Line to begin a five hour hike through the mountains of Hidaka.

The reason I know it will take five hours is because my eight year old son, a third grader at the local elementary school completed this hike two weeks ago for his class field trip. We were slated to reach an elevation of 375 meters above sea level at Mt. Monomi (物見山). If third grade kids could complete the hike, so could we.

From Musashi-Yokote Station, the first part is paved and there were vehicles going up and down (a weekday non-holiday hike might be a quieter time). The way is pretty straightforward and leads to Gojo Falls. Access to the waterfalls used to be free but now, there is a gate and an entrance fee of ¥200 for adults and ¥100 for school aged children. The name of the falls makes reference to the Five virtues preached by Confucius and his follower Mencius: benevolence, justice, courtesy, wisdom and sincerity. Legend has it that a Koma clan warrior from the Namboku-cho period purified himself in this waterfall and prayed for victory before entering the battlefield.

We skipped the falls and instead hiked up. At some point, there is an option to leave the paved road and turn off to a dirt path heading to the North Facing Jizo (北向地蔵). To be away from vehicular traffic was a relief. The hike was steadily uphill and arduous but perfectly doable.

The North Facing Jizo has an interesting history dating back to the late 1700s. Its protection was sought against natural disasters, plagues, and famine.

From the North Facing Jizo, we followed the signs heading to Mt. Monomi.

Many hikers opt to take their lunch here at the Mt. Monomi's highest point. We, however, decided to go further following the directions to Mt. Hiwada (日和田山). Exiting the woods and the trail, you come into a fairly flat and wide grassy area overlooking the mountains. On a clear day, you could see Mt. Fuji. The teahouse Fujimiya sells ice cream and other hiker favorites such as cup noodles. There is also a public toilet.

By the time we got home, we were physically exhausted but also spiritually refreshed by time spent in nature.

Musashi-yokote is served by the Seibu Chichibu Line. 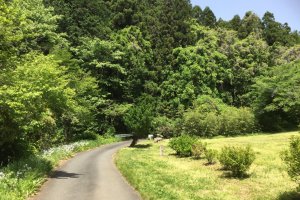 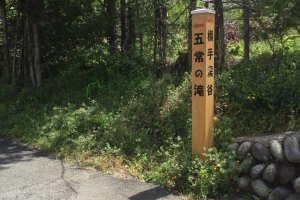 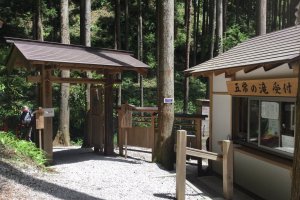 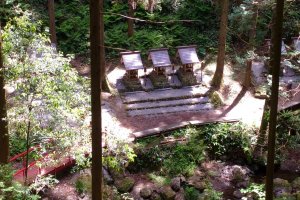 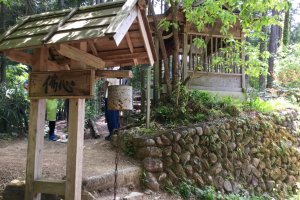 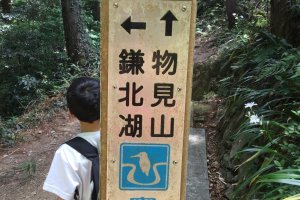 Sébastien Duval 5 months ago
Japan is so nice for hiking: easy & intense routes, much diversity from north to south, seasonal sights... Maybe you should hike there again with your son during autumn and add a few photos of "koyo" 🍁 Thanks for sharing, Sherilyn :)
Reply Show all 0 replies

Elizabeth S 6 months ago
The hike and the waterfalls look like refreshing spots to get away from summer heat...
Reply Show all 0 replies

Sleiman Azizi 6 months ago
"If third grade kids could complete the hike, so could we." Brilliant!
Reply Show all 0 replies
3 comments in total