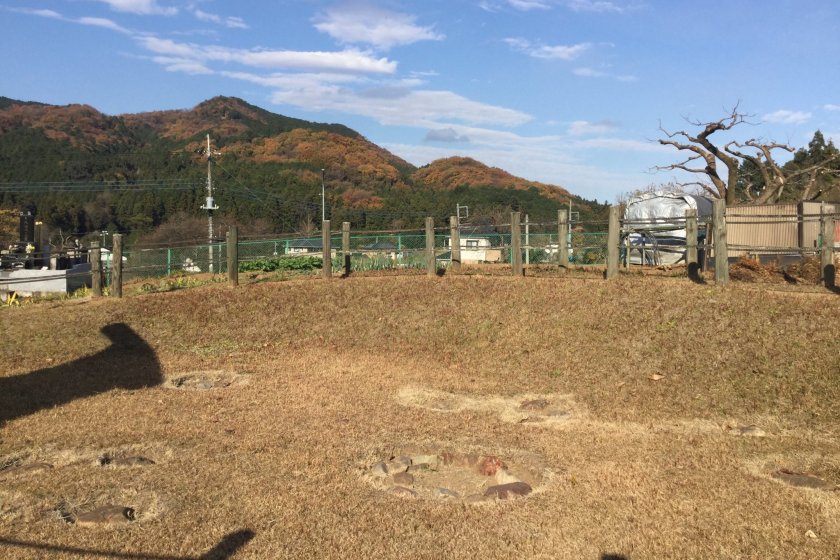 Site of a Jomon Period dwelling

If you are heading towards Mt. Hiwada, Kinchakuda, Koma Jinja, the Edo period Koma Town House, or one of the many other fascinating spots in Koma, Hidaka, plan to make a quick stop at this historical landmark that dates back to the middle of the Jomon Period, about 4,500 years ago. The official name of this historical site is 高麗石器時代住居跡遺跡 which translates to the 'Remains of a Koryo Village Stone Age Dwelling.'

Archaeological excavations of pit dwellings in ring-shaped settlements conducted in 1945 attracted national attention and was registered as a nationally designated historic site in 1951. In more recent years, surveys were conducted in conjunction with the development of National Route 299 (the main road beside the site) from 2008 to 2011. The remains of the pit dwellings sit 110 meters above sea level and are located on the southern foot of Mt. Hiwada and west of the scenic Kinchakuda, where the Koma River meanders around fertile lands.

Each dwelling is a circular shape with a diameter of about 6 meters. Several pit dwellings were found in a narrow area and some were hypothesized to have been rebuilt many times in the same location. Burial mounds were also discovered. Two particular dwellings identified as No. 5 and No. 6 sites were in a good condition. Jomon pottery, jars, stone axes, plates, tools, sickles and earrings were excavated. From what remains in this site, we can see the stone enclosure and the stones of what would have been the hearth of the dwelling.

Standing on this site, I felt minuscule in a really good way, as I often do when faced with something really really old.

There is no dedicated parking lot for this historical site. Koma Station, served by the Seibu Chichibu Line is only a minute's walk away. 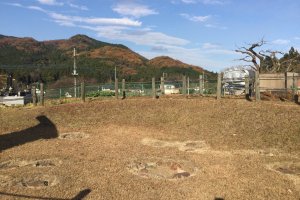 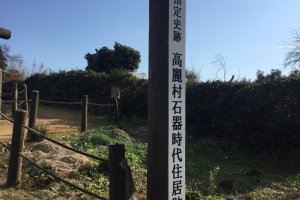 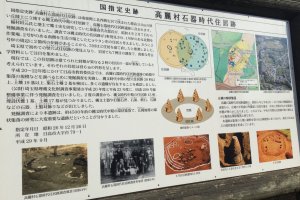 Elizabeth S a month ago
My neighbourhood of suburban Chiba Prefecture has a kofun burial mound, remains of castle moats, and even Jomon period shell middens. It's spooky, isn't it? You feel like a blip in time when you gaze on these places that attest to ancient residents.
Reply Show all 1 replies