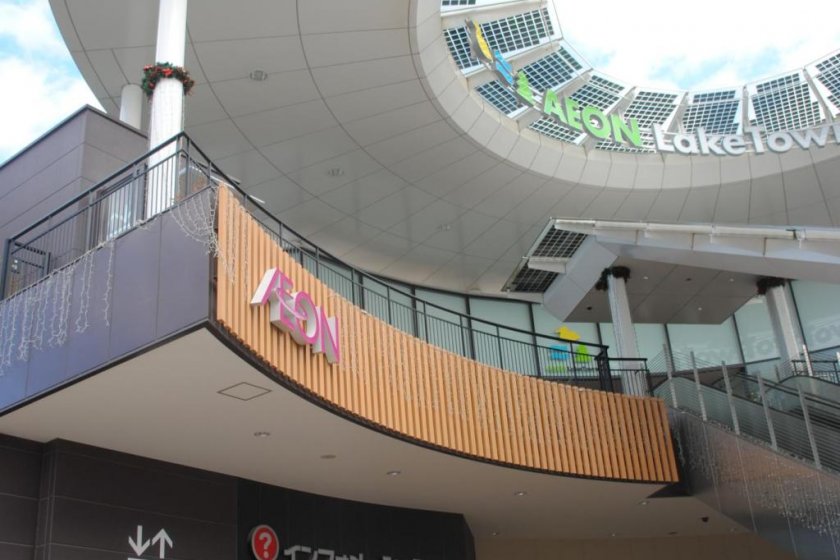 How Koshigaya has changed immeasurably in recent years! Once a stopover town on the Tokyo-Nikko high road, it became a city in 1958. In November 2008, to mark the 50th anniversary of its founding, the city opened the largest eco-friendly shopping complex in the whole of Japan namely the Koshigaya Laketown.

Built around a man-made lake named Oosagami no chousetsu ike, which can be nice to walk around itself when it scintillates with sun rays, the bulk of Koshigaya Laketown is comprised of two main buildings: Mori and Kaze, which contain a staggering 566 shops. The walk from one entrance to the exit of another is reported by the official website as spanning over 1.5 kilometers! Needless to say, gentlemen: be very careful if you take your Japanese partner there. Even if you only visit one of Laketown’s three floors, you are likely to be in there all day!

Dining options consist of the large food courts containing cheaper Japanese eating options such as takoyaki and yakisoba, some shops of which are now carrying banners to show they were recently featured on TV. Other full-blown restaurant options are available on both the first and second floor, with the conveyor-belt sushi bar hotly recommended for something delicious, quick and easy. When dining, it is best to select a restaurant before 5.30pm. If you turn up between 6 and 8:30, you’re nigh guaranteed to have to wait! That said, if your timing is out, you could check the less-crowded AEON cinema on the third floor and sample a movie to kill time. Free entertainment comes in the form of visiting celebrities, who view Laketown’s sheer size as a big advantage in trying to promote their work via mini stage shows.

In 2011, the Laketown complex expanded yet further with the advent of the Laketown Outlet, built in the middle of the Mori-Kaze crescent and overlooking the lake. The Outlet is very different in feel to Mori and Kaze, carrying several shops with a “London” trademark, with the Conran brand particularly popular. The Outlet is also a useful place to buy some gelato desserts.

Although car-parking has been periodically expanded, taking a car is asking for a date with a steering-wheel pounding traffic jam! Rather, it is far better to catch a Musashino Line train and get off at the purpose-built Koshigaya Laketown Center, which is situated just a few meters from the Kaze main entrance. If you’re walking directly to the Outlet via the outside route, you will also find a nice tree-lined park near the lake where you can play with your kids. And to keep abreast of the latest Laketown news, you can check out the well-translated English language version of its website. 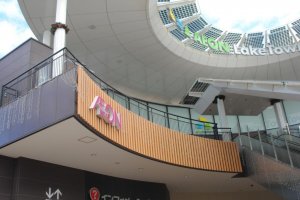 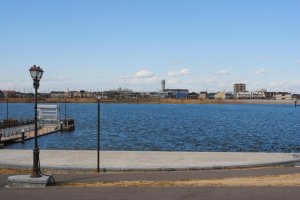 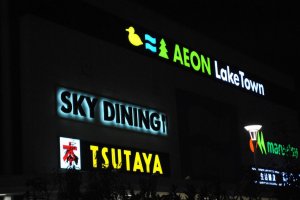