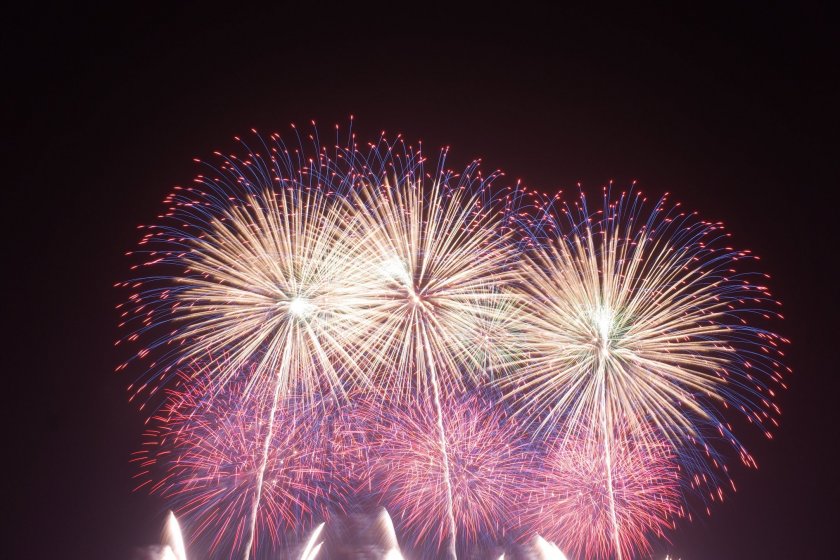 Mid Aug
Some of the incredible fireworks from the Kumagaya Fireworks Festival (Photo: Zengame / CC BY 2.0)
Venue: Arakawa River When: Mid Aug 2022

Having begun in 1948, the Kumagaya Fireworks festival is now the longest-running festival of its type in Saitama Prefecture. The distinctive feature of Kumagaya's fireworks show is its 'message fireworks' - business and individuals launching off messages into the night sky to thrill of visitors and spectators.

With over 450,000 visitors - many clad in traditional summer yukata - expected to be there along the banks of the Arakawa River, 10,000 fireworks scheduled to be launched, and over 500 yatai street food stalls serving everything from takoyaki battered balls of diced octopus to kakigori shaved ice flavoured with syrup, it's safe to say that Saitama doesn't skimp on its festivals....

While entry is free, do check the official website for date changes in case of poor weather.

Take the JR Takasaki Line to Kumagaya Station. The Arakawa River is a 5-10 minute stroll from the station. 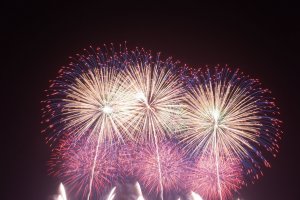 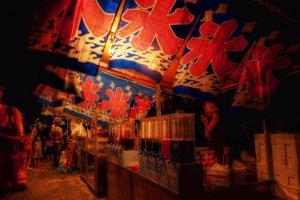 Kim 2 years ago
All the fireworks distract me from the humidity...bring them on!
Reply Show all 2 replies

Elizabeth S 2 years ago
Fireworks are a great way to get out on hot summer evenings and defy the heat and humidity. Cold drinks and mesmerizing pyrotechnics should distract you.
Reply

Kim 2 years ago
Yes! As hot and sticky as it gets, Japan does have some pretty genius ways of coping with the heat!
Reply

Elena Lisina 2 years ago
I hope to watch Sumidagawa hanabi in July. Fireworks are fantastic!
Reply Show all 1 replies

Sleiman Azizi Author 2 years ago
Grand excitement and fun times. What more do we need?
Reply
5 comments in total