After dark, Chichibu lights up—with headlights. This suburb of Tokyo gets fast and furious.

A quiet suburb of Tokyo, Chichibu is nestled into the river terraces and mountain ranges of western Saitama. A hiker’s paradise, Chichibu is known as big nature and small town. The kind of place that shuts down on the weekends as the excitement (and the people) flock to the neon nightlife of Tokyo. It is textbook rural Japan, and nothing else…. Or is it?

As any veteran of the Tokyo commute will tell you, fast and furious—it is not. Congested streets, bloated train cars, and staggering gridlock define the experience. On top of that, Tokyo expressways come laden with expensive tolls. For driving enthusiasts, this means getting out of the city, and surprisingly—into Chichibu.

With long stretches of winding roads, few intersections, and seemingly endless green lights, the Chichibu mountain pass ways or tōge(峠) are a driver’s dream. And with less than 69,000 residents and an off-the-beaten-track reputation, this quaint suburb offers more than enough privacy. But even better is the exotic location for night driving. Shadowy peaks decorate the backdrop while the gray smears of torii gates whiz by in the dark. The atmosphere really feels like a scene from a movie. (Disclaimer: It’s not. Please drive responsibly). Like all good adrenaline rushes, Chichibu’s streets come with their fair share of lore. Legend tells of a haunted hospital nearby, plagued by the ghosts’ of drivers passed. And drivers still warn of the 'headless rider', a cautionary tale that began after a biker was decapitated while joyriding his motorcycle into a wire. (Seriously, please drive responsibly).

Upwards of 100 drivers are known to turnout on the weekends—the later, the better. But rest assured, there’s more than enough space to go around. And applications like “ハイタッチ！drive” (“High touch! drive”) make hangouts with other gearheads easy. (Because it’s always more fun in a pack). With alerts when other motorsport enthusiasts are in the area, you’ll be surprised how quickly konbini parking lots will become pit stop garages. (Just steer clear of any low-hanging wires).

Getting there: Head for Route 299 or the Shomaru pass way in the mountains of Chichibu. They offer thrills and chills, respectively. From Tokyo, take Route 254 to either tōge. Look for the muscle cars.

In love with travel and storytelling, I want my life to follow these twin paths and their endless twists and turns. A Saitama-based writer, teacher, and photographer, I am addicted to kaiten sushi (personal best: 25 plates in 12 hours) and a budding kendama enthusiast. Thoroughly outmatched by the Japanese train system, I am always in need of new ways to occupy my time after boarding the wrong trains. Eager to promote Saitama as well as Japan as a whole, feel free to contact me with any ideas, questions, or suggestions! Cheers! よろしくお願いします !  ***This bio was written while taking the wrong JR train.*** 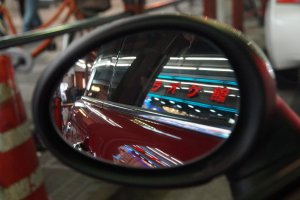 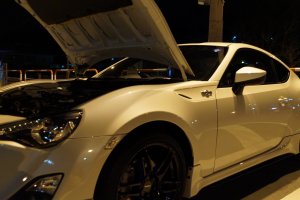 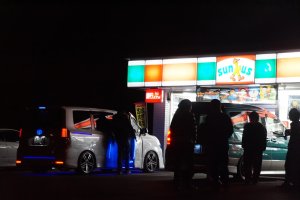 Justin Velgus 4 months ago
These niche interests are going to become more important in future tourism. A very interesting recommendation written about with authority.
Reply Show all 0 replies

デロン a year ago
I have always been interested in drifting. My favorite movie is actually from the Fast and the Furious series and is actually the Tokyo drift one. I am such a nerd. This is great information. When I come back to Japan I really want to be able to experience the drifting culture.
Reply Show all 0 replies

Lester Goh 6 years ago
That is cool, with a tinge of badass dangerousness. Awesome investigation into the lesser known thrills of Japan.
Reply Show all 0 replies