Giving credit where credit's due

Otsu really has quite a lot going for it. A lake, mountains, shrines, quite the haven of nature and spiritual serenity. But what Otsu doesn’t have going for it is maybe its proximity to Kyoto.

It is only about 15 minutes away by train. Otsu seems to get mentioned only with regard to Kyoto. It is touted as a neat half day or day trip from Kyoto. Common statements found: "Miidera Temple (an Otsu Temple) is certainly worth a visit if you’re staying in Kyoto" and "If you have the time in Kyoto, why not make your way to Lake Biwa in Otsu?" Why not just head to Otsu? Otsu gets overshadowed, and it is odd because its offerings merit it a place to visit in its own right. And for more than a day.

Otsu has Hiezan-Enryakuji. Or does it? If so, it’s not exclusive to Otsu. This enclave of Buddhist tradition and nature worship is also very accessible from Kyoto – from the other end. Oh no! This leads to Hiezan being often attributed as an attraction of Kyoto, with no mention of Otsu.

Can Otsu say "We’ll always have Paris, or rather, Lake Biwa"? Nope. The largest lake in Japan is described as being approximately 10 km east of Kyoto. So OK, it’s a large lake, lots of water to share around, but still! Otsu is regarded as the gateway to Lake Biwa. On the map of the lake, I truly see no sign of Kyoto.

Don’t get me wrong. When I arrive at Kyoto, I’ll be falling on my knees and praising God “I am in Kyoto!!!!” But being in Otsu now, appreciating its modest approach to its many magnetic attractions, I wish I could say to Kyoto “You can’t have it all!”

Here are some thoughts about some of these attractions. There is a pull about them that’s hard to articulate. Lake Biwa, for example. Besides being a beautiful body of water, it gave rise to the respect of water in our lives, resulting in an environmental consciousness established long before the term became a buzz word.

Take the temples and shrines. They are always made more impressive – and imposing – by being embedded in aged, dense forests, imbuing the whole experience with, well, a sense of wonder and depth. Maybe Otsu’s attractions all hold significant positions in the evolution of Japanese customs, religion and spirituality, encapsulating nature, Buddhist, Shinto traditions and beliefs, so you have to feel some awe, some respect.

Otsu means "big port" and it was once the big honcho of transportation and trade on Lake Biwa. Today it still remains an important port. Truly distressingly, it was once briefly the capital of Japan from 667 to 672. After a big war decimated the Imperial Palace, Otsu lost its status to - who else - Kyoto. Otsu became known as Furutsu - "Old Port". I feel Otsu’s pain. Perhaps from then, the die was cast. 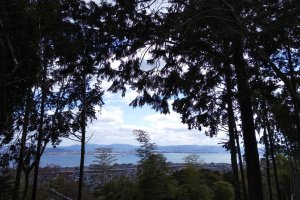 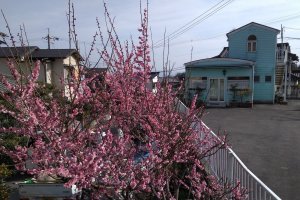 Sleiman Azizi an hour ago
I'd wager that a lot of these places would do quite well on their own merits without a Kyoto or Tokyo to get in the way.
Reply Show all 0 replies

Elizabeth S 3 years ago
Wow, a natural and historic wonderland so close to Kyoto! Lake Biwa is noted for the satoyama landscapes.
Reply Show all 0 replies

Kim 3 years ago
A good reminder! I've been to the region but sadly not for as long as I would have liked.
Reply Show all 0 replies

Cathy Cawood 3 years ago
I enjoyed this article, and I totally agree with you. Otsu is a great place.
Reply Show all 0 replies
4 comments in total