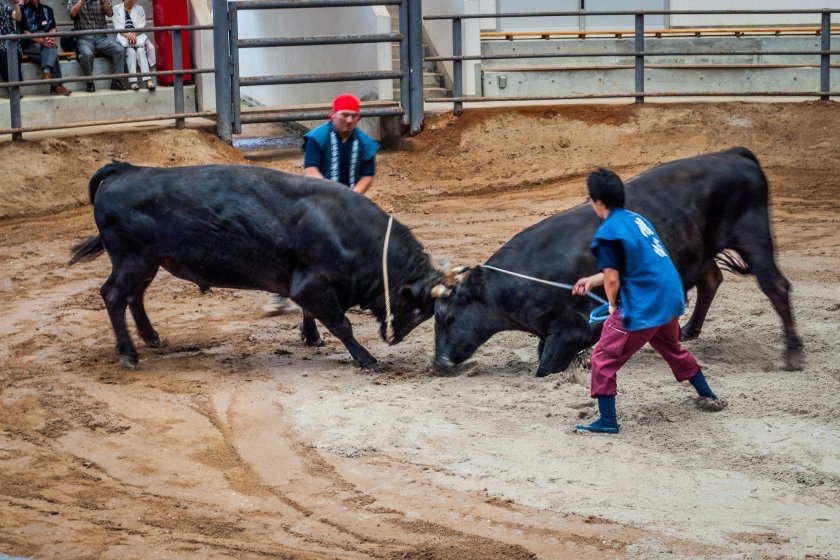 The tradition of bull sumo lives on in Oki

Two bulls clash as their handlers stand by

The bulls clash, grunting in exertion as sweat drips down their glossy black coats. The handlers dance deftly around their bulls, looking fragile next to the massive beasts. The crowd of tourists look on in hushed silence, waiting for a victor to emerge. The spectacle is a regular event conducted for tourists, but it's just a modern part of the rich bull sumo (ushi-tsuki) tradition in Oki.

The real event happens more rarely, taking place in spiritual wooded groves with full sumo rituals. There the crowds cheer and yell for the bulls, each of which is placed in weight classes and ranked all the way up to the champion. The venues are old and draped in culture, a large glade dug into the ground situated in sparse pine forests or amongst dense evergreens. Even when unused you can feel the energy and tradition that dwells here, waiting to burst out with raw Oki fervor the few times a year when the sumo takes place.

The bull sumo allegedly came to Oki in 1221 as a form of entertainment for the exiled Emperor Gotoba who lived in Oki for 18 years before dying. Since then it has entertained many other exiled individuals, including the Emperor Godaigo. It didn't take long for Godaigo to escape the islands, though, so perhaps the lure of bull sumo wasn't enough for him. The Oki bull sumo is some of the oldest of its kind in Japan, although it does feature in five other rural areas: Okinawa, Kagoshima, Ehime, Niigata and Iwate Prefectures.

These days the commercial side of bull-fighting is quite prominent in most parts of Japan that still have it, but Oki is notably resilient to this. The bull sumo is a sacred part of Oki culture, and bulls will be led on a pilgrimage to the local shrines before a contest. Because of the sacred nature of the event only males are allowed into the arena, but women are more than welcome to watch from the sidelines with the crowd.

The bulls themselves are a prized member of the family for those wealthy and dedicated enough to own one. Occasionally you will see them tied up to a fence or walking down the side of the road at the end of their owner's leash. The traditional sumo events are the most important time of year for the elderly owners and their bulls, and they will have special diets and their horns sharpened in preparation. The largest bulls can weigh over 1 ton but despite appearances they're quite placid outside of the presence of opposing bulls.

If you get the chance to attend the event for tourists, check out the beautiful beasts wrestling each other into submission. If you're lucky enough to be on Dogo Island for one of the traditional bull fighting contests you have to experience the unique culture that stems from the wrestling of prize bulls in an arena. It occurs five or six times a year on special occasions. 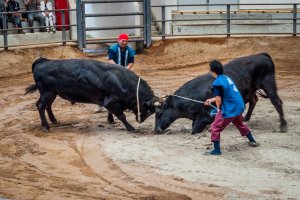 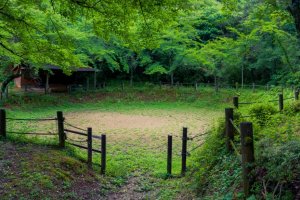 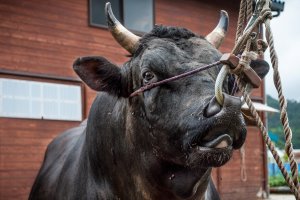 Jerome Lee 6 years ago
Can't believe this is the first time I've heard of such a tradition in Japan! Definitely very interesting, will want to check it out for myself!
Reply Show all 0 replies
1 comment in total