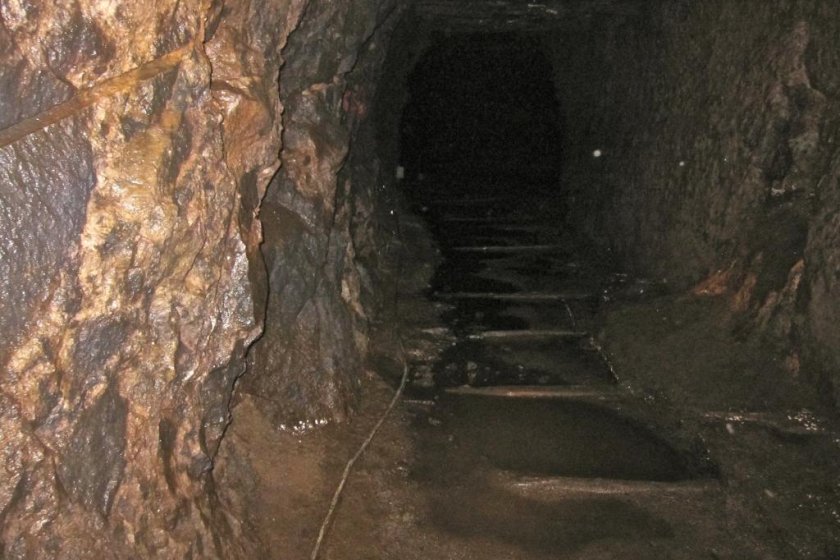 A Living History Lesson, an Escape from Summer's Heat

The vast quantity of silver mined from the Iwami Ginzan Mines once made Japan the world's third largest producer of silver. The Iwami mines were in continuous production from the Sengoku Period in the 1520s, all the way up until the beginning of the 20th century. In 2007 the Iwami Mines were granted the distinction of World Heritage Status but despite the fanfare, Iwami Ginzan is both remote and not well known. Because of this overall lack of awareness, tourism facilities near the Iwami area are just now being developed. The lack of awareness also results in a lack of crowds which makes a visit to Iwami all the more enjoyable. Even more good news for foreigners, many of the museums and sites in Iwami offer a foreigner discount of up to a 50%! Just show your passport or alien registration card.

Iwami makes a perfect day trip for anyone staying in Matsue. Get an early morning train (I recommend the 7:18am local train ¥1110/one way and about 90 minutes, or the 8:36am Super Matsukaze ¥2260/one way non-reserved and just under an hour) from Matsue to Odashi Station. Get to Odashi before or after the 10 o'clock hour because there are no buses to Iwami during that time.

The most interesting things to visit in Iwami are the mine shafts themselves. Known as "Mabu" (間歩) in Japanese, there are 2 that you can go into, the most well advertised of which is the Ryugenji-Mabu (龍源寺間歩). Located all the way at the top of the road in the town of Omori, 2.3 kilometers from the Omori bus stop, you can walk or rent a bicycle at the bus stop (¥500 for a regular bike, ¥700 for an electric assisted bike). Show your passport or alien registration card at the Ryugenji-Mabu ticket office and the regular ¥400 ticket will cost you just ¥200! Mined mostly in the period before the introduction of dynamite, the developed part of Ryugenji-Mabu goes back 158m into the side of a mountain before turning left and exiting through a tunnel dug in the 20th century to make the mine tourist friendly. The mine's tunnel continues another 90m past this point, but it narrows in both width and height. The rock further back is also unstable. There are several smaller side tunnels and rooms along Ryugenji-Mabu's main shaft many of which are large enough to go into. In addition to the historic environment, the 60 something Fº temperature inside Ryugenji was a great way to beat the fierce summer sun.

For the slightly expensive price of ¥3800, one can tour the other mine shaft open to tourism, the Okubo-Mabu (大久保間歩). The tours are conducted by the World Heritage Center (call 0854-89-0183 for reservations). The tour is in Japanese though English pamphlets are available. Admission is limited to four tours a day, 9:30, 10:30, 12:15, and 1:15, weekends and national holidays only. The Okubo-Mabu was continuously mined from about the middle of the 1500s until the beginning of the 20th century making it one of, if not the longest operating mine in the area. It is also much larger then Ryugenji and functionally undeveloped. You will have to wear boots and a helmet, and carry a flashlight (provided the tour) and wear a jacket, it’s only 13ºC or 14ºC inside, while touring this mine. The Okubo-Mabu, in addition to making you feel like a real miner, is a living history lesson. The walls of the mine have two different textures as a result of the different methods used to mine the tunnel. The Pre-Edo/pre-dynamite parts of the mine shaft were carved by hand and are fairly smooth, squared off and quite small, less than a meter high originally. The parts of the tunnel that were mined or expanded in the later part of the mine's history, after the introduction of dynamite, are rough, full of drill holes and large. Parts of the tunnel are almost 3 stories high. Deep, some seemingly bottomless, ore shafts leading off of the main tunnel, the remains of the ore cart tracks and the beautiful hike to, from, and around the Okubo-Mabu are other things to look forward to on the tour.

In addition to the mine tunnels, Iwami Ginzan World Heritage Site encompasses the barely modernized Edo-era village of Omori, the port onsen village of Yunotsu, where supplies for the mines were brought in from Hakata Port, and the port village of Maji, where the silver was exported. Historical onsens and ryokans, slick-ways and mooring rings carved out of the rocks, castle ruins, coastal hiking trails and swimming beaches await. I didn't make it to either port village on my trip but I enjoyed Iwami enough to go again and pick up what I missed. Happy travels! 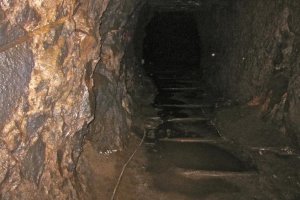 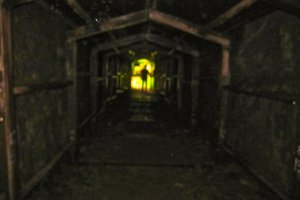 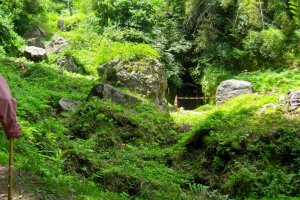 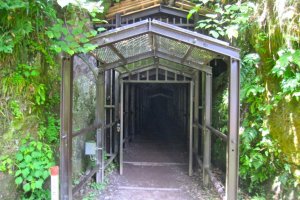 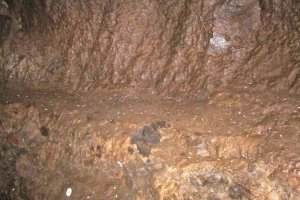 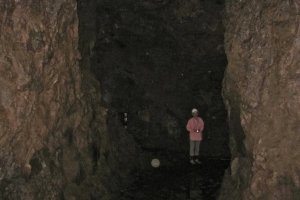 James Holford 8 years ago
Nice piece with a wealth of information. It was a surprise for me as I wouldn't have connected those production statistics with a precious metal here.
Reply Show all 0 replies
1 comment in total