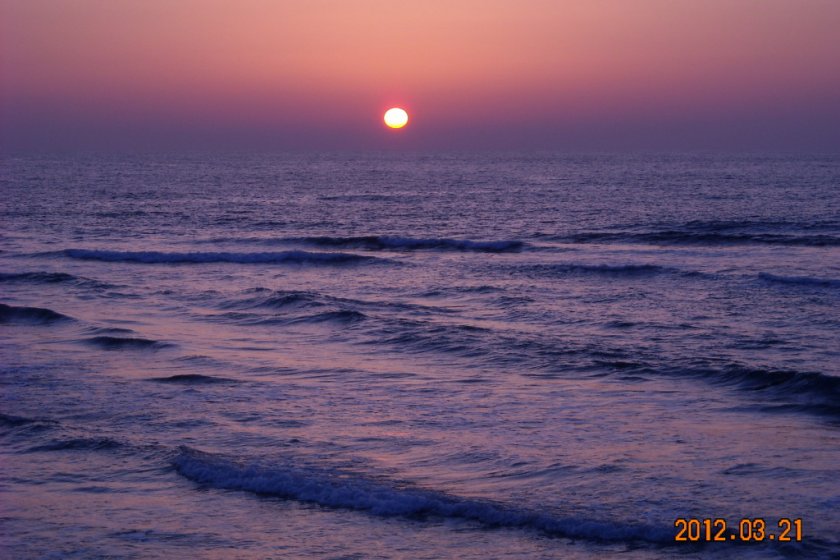 My trip to Izumo and Japan was tied completely to a personal matter. Not visiting as a tourist. Nor planning a leisurely trip. Just following a rather cold plan to concentrate solely on this thing I had to deal with; as it had significant importance to my future.

However, you just can not plan a trip to a foreign city without any curiosity about where you are heading. Trying to spend those few nervous days before I could finally embark, I gave in and did a Google image search on Izumo. The first images were really something. What surprising results from what I mistakenly thought would be a random Japanese town.

There is the grand Shinto shrine; ancient Izumo king’s tomb; a mysterious find of 358 buried bronze swords dating 2000 years in the past; Buddhist monk warrior’s temple; the gateway to the underworld; a portal of Gods and the outstanding sea scenery. Being a “sucker” for historical buildings and archeology, I could only say “Wow mother of God this is someplace I'm going to”. I felt like I had just discovered Izumo.

This was the first time in Japan I had a feeling that someplace, a town, a region was not owing to its glory to a dish; their own variety of okonomiyaki or the very special way they roll their sushi. No. Izumo City in Shimane has stayed true to Japan’s origins, and many promotional pamphlets will say that Izumo is Japan’s origin. The place where it all began. Not that there are no good foods here in Izumo, just that I felt “slightly” over bombarded by the food-centered advertising of Japanese regional destinations. The Best Beef; The Best Ramen; The Best Soba... OMG! Enough with it... There is great stuff here besides the food.

Yeah, maybe the cause is that my belly is full and now I am in need of something for the spirit. I got the idea to do a sort of pilgrimage. Away from it all. From one remote shrine and temple to another. If there is a place where that is possible, then it is here. I feel that Japan represents one of the most spiritual countries between modern industrialized nations.

It has now been one month of my stay here. The private matter for which I arrived is developing well, and together with it, I was lucky too to visit many of those places from my initial internet search and more. Which is amazing actually! From a Google search to seeing it for real. I get to visit places which only locals are familiar with and also glad to recommend. These are often off the beaten path and not in their prime anymore. Which is good if purity is what you look for. Hiking to a Buddhist temple or a Shinto shrine using eroded stone steps, slippery and overgrown with moss. Meeting a monk who then offers you a cup of tea and thanks you for your visit to such a lonely place. That has all proven possible here in Izumo.

Local myths and legends on every step of our exploration. Sometimes more, sometimes less obvious to a foreign traveler but there and worth seeing. Especially if you are new to Japan or already being fond of places hidden in the deep shade. Other religion’s sacred places can be so mysterious!! Soon I want to write more about Izumo and convey to you why I find this area to be special. Please check for more articles introducing Shimane prefecture. It is beautiful here and I would like you to know more about it. 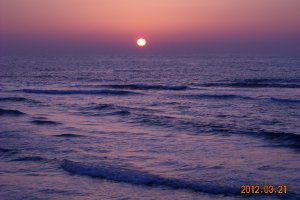 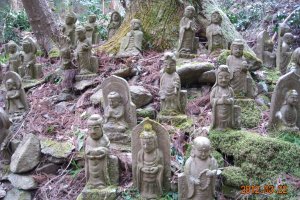 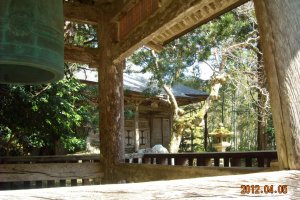 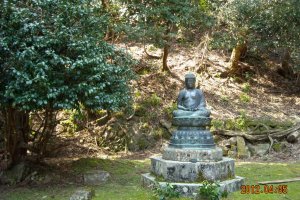 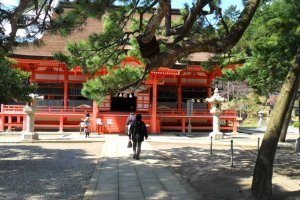 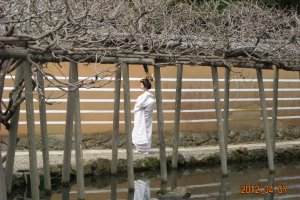