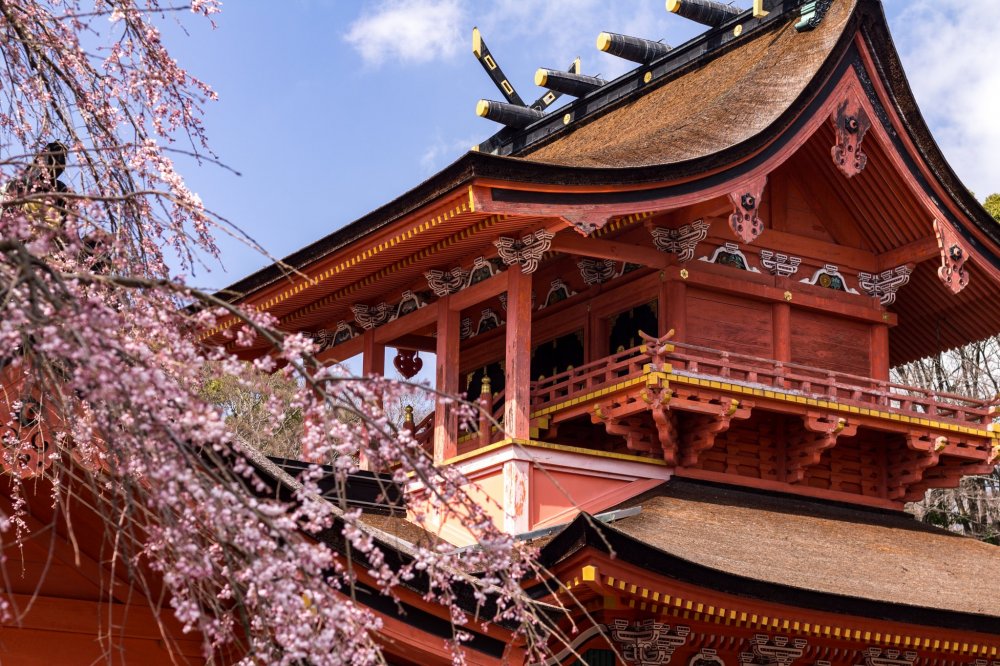 In unique Sengen style construction, the treasure hall is on the second floor of the main building 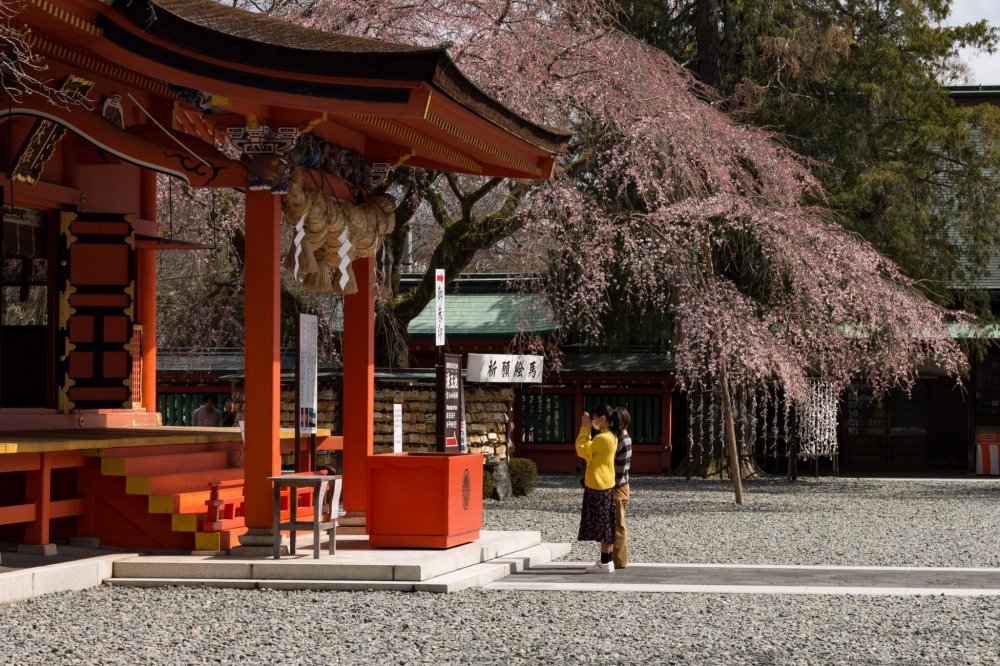 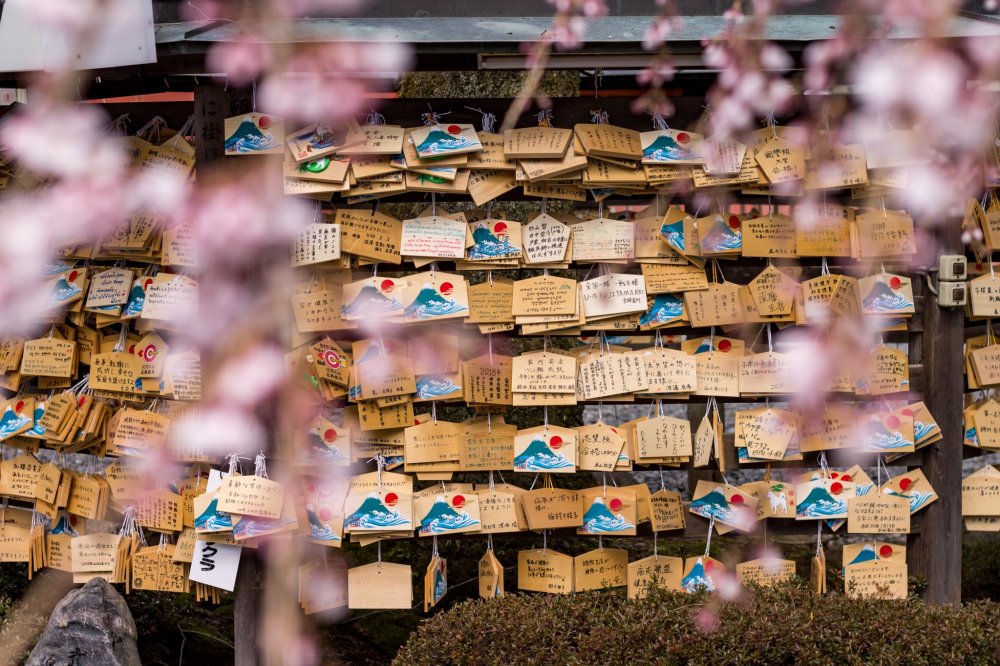 Visitors leave prayer boards, carrying their prayers to the gods, beneath one of the shrine's cherry blossom trees 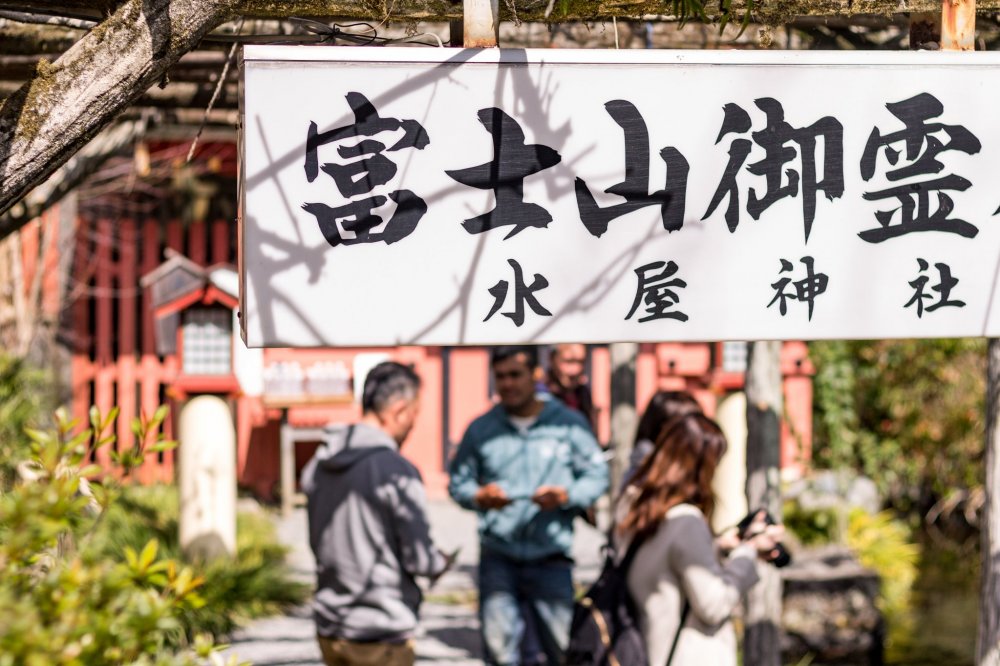 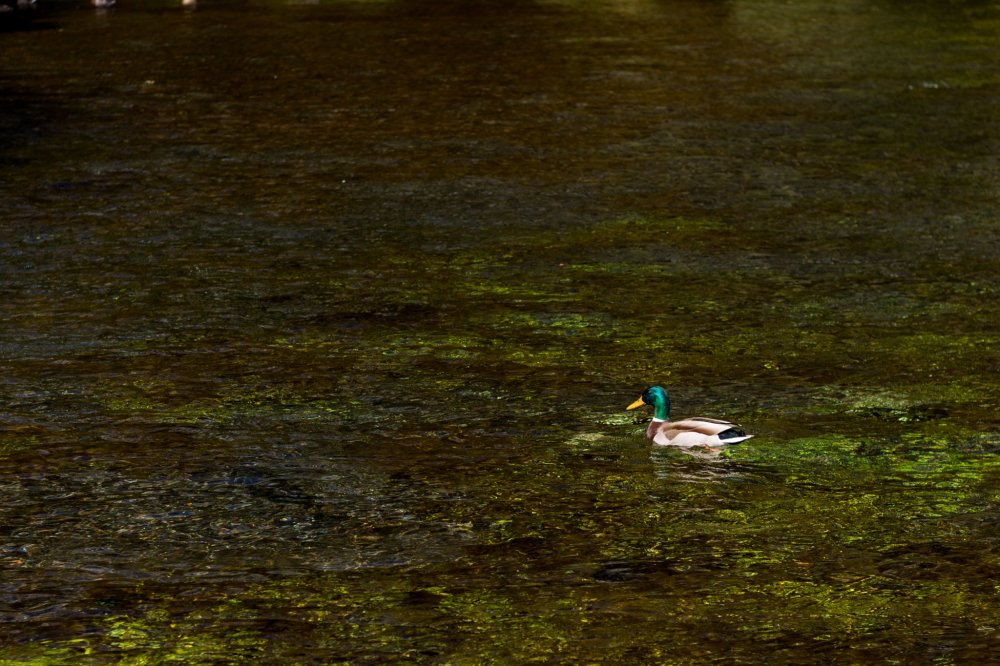 The shrine is home to the Gushing Jewels Pond, which boasts clear waters and an emerald appearance 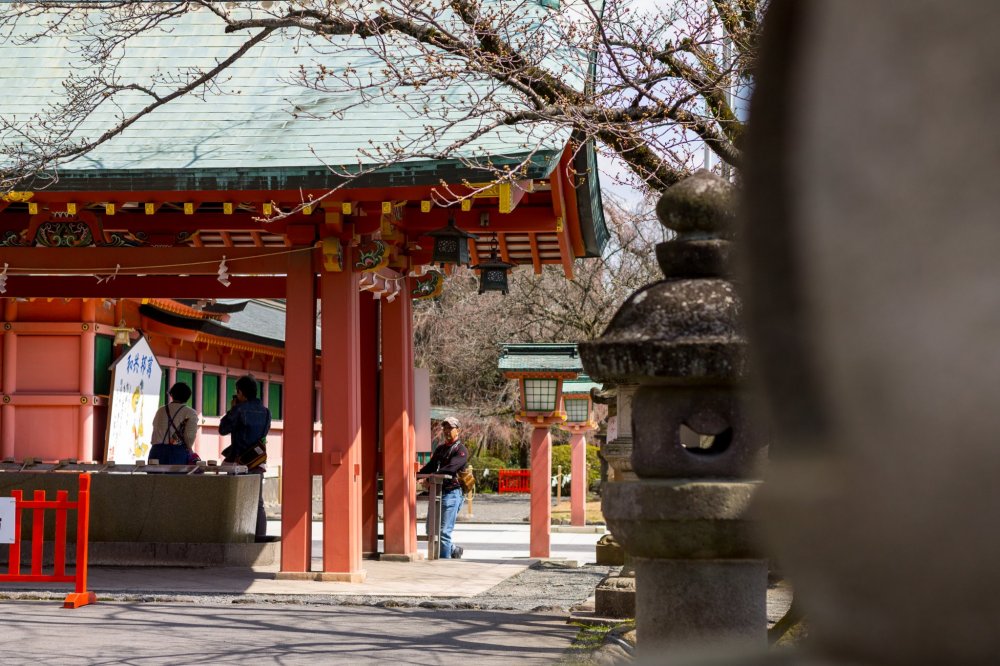 At the entrance to the shrine, visitors purify themselves before entering 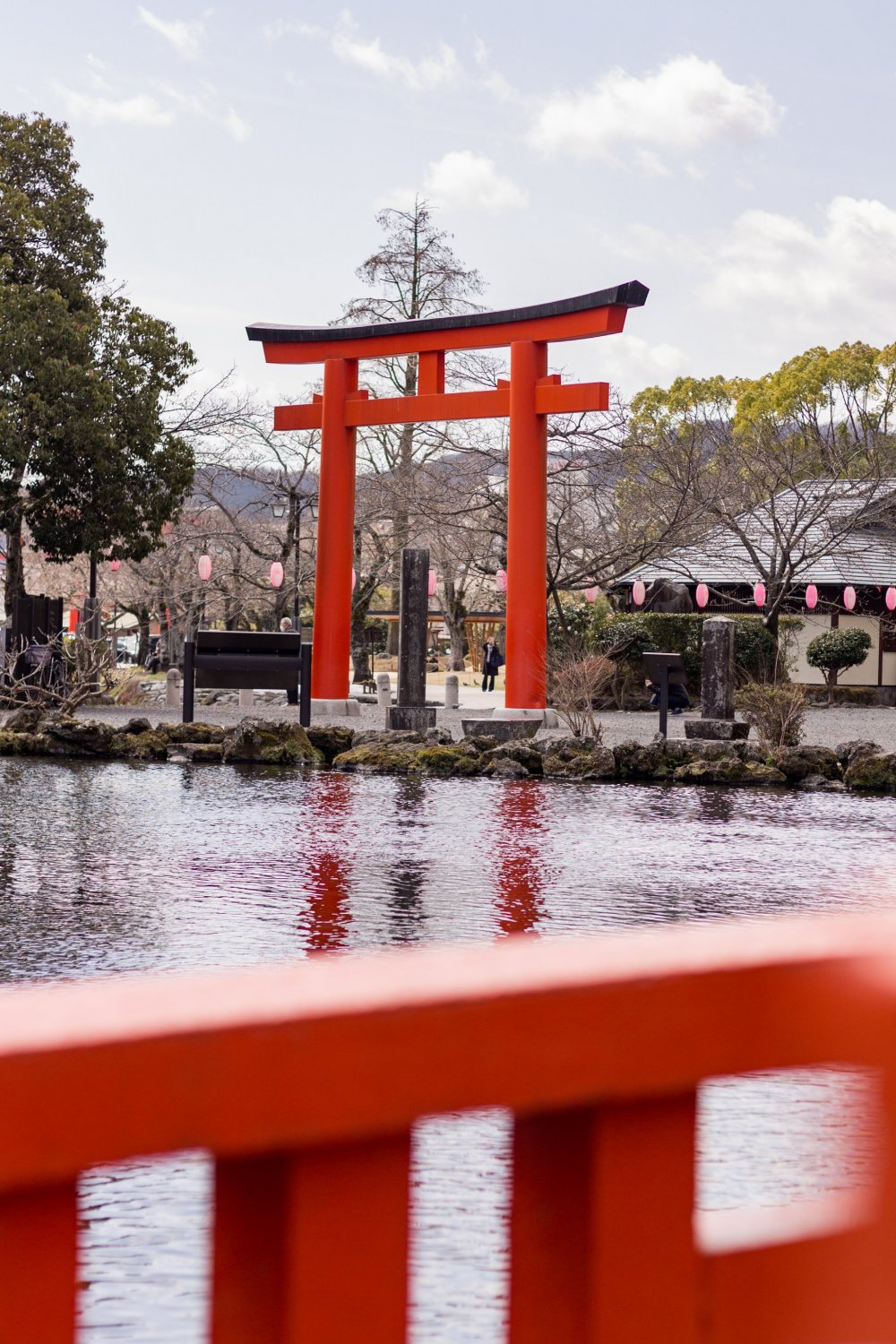 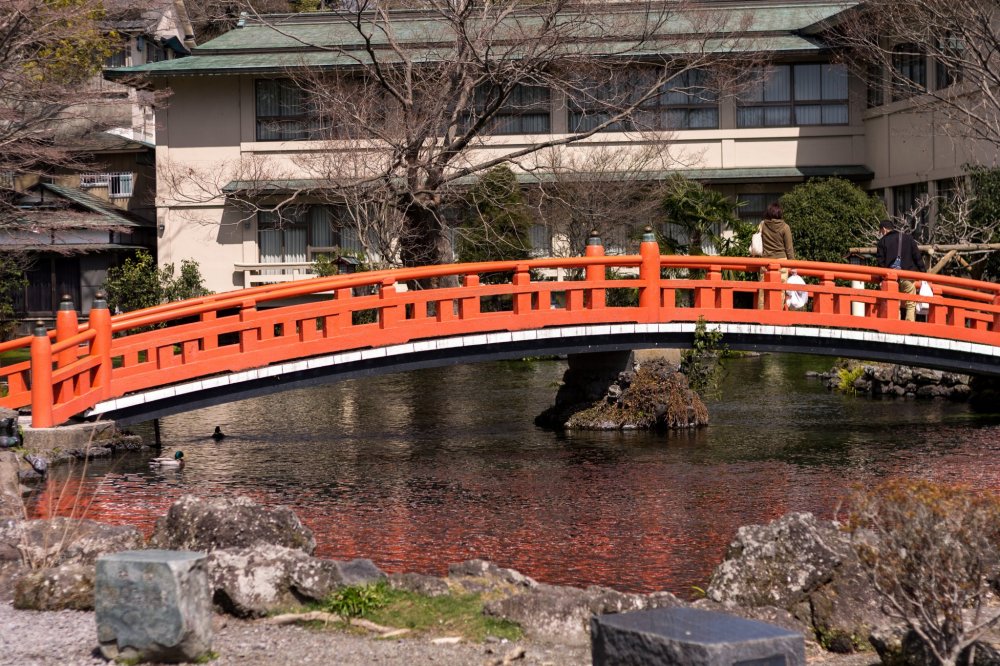 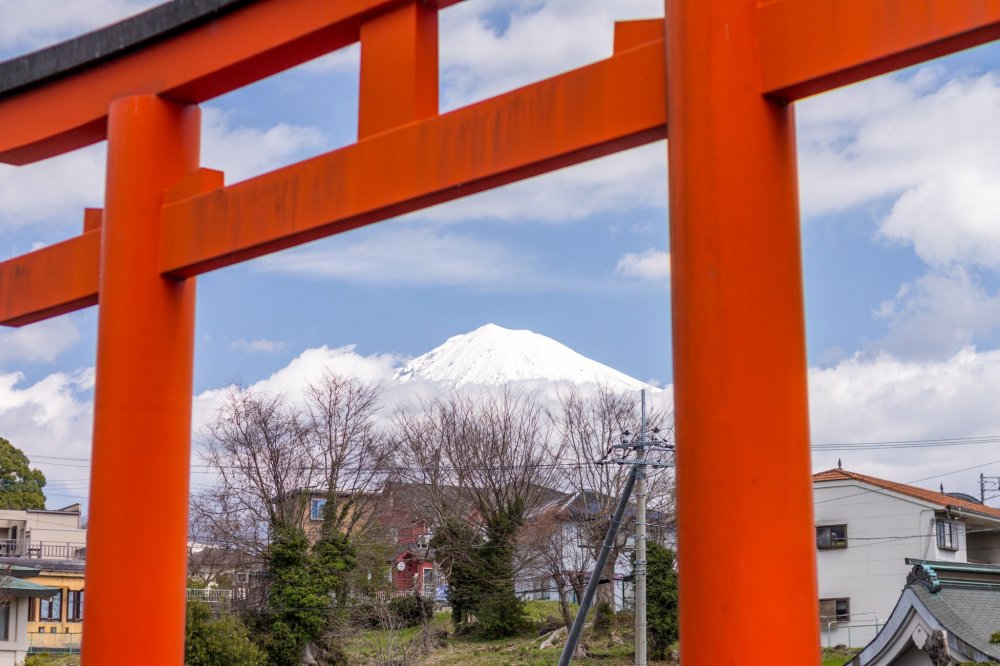 Through one of the main torii to the complex, you can see Mount Fuji 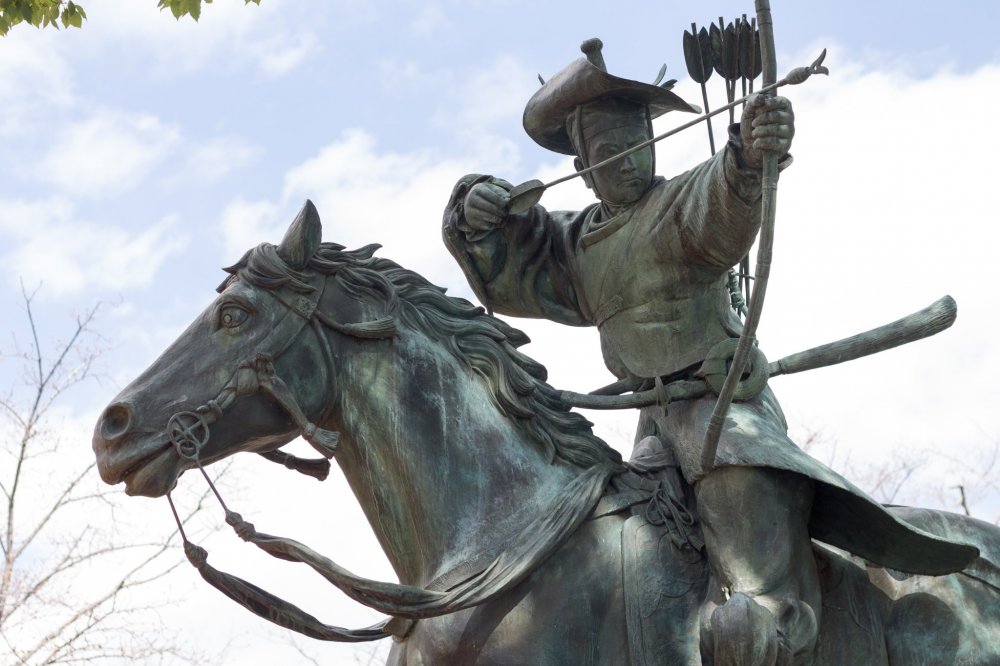 The statue of Minamoto-no-Yoritomo, the first Shogun of the Kamakura Period, who initiated the temples horeseback archery festivals 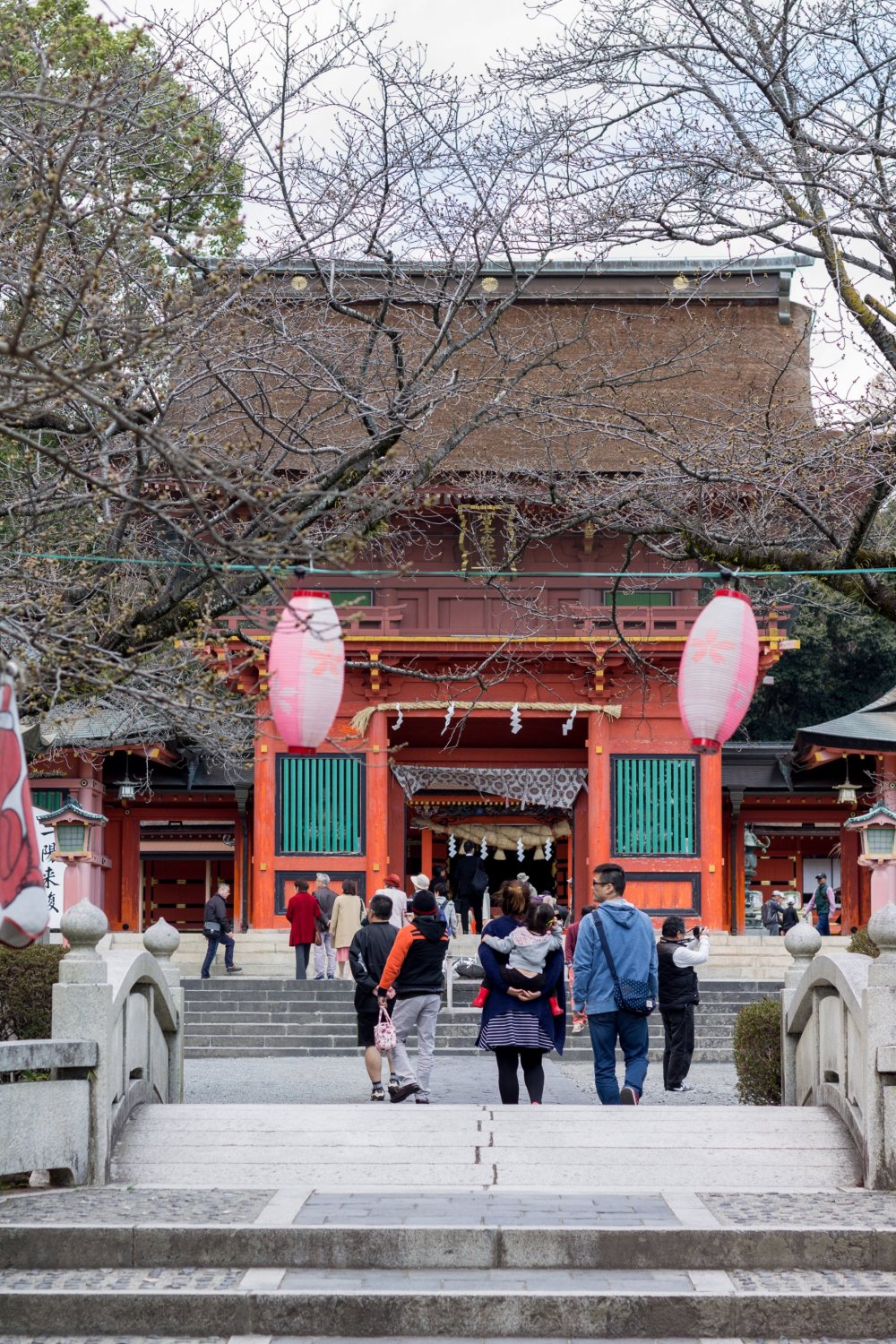 The path leading to the main entrance 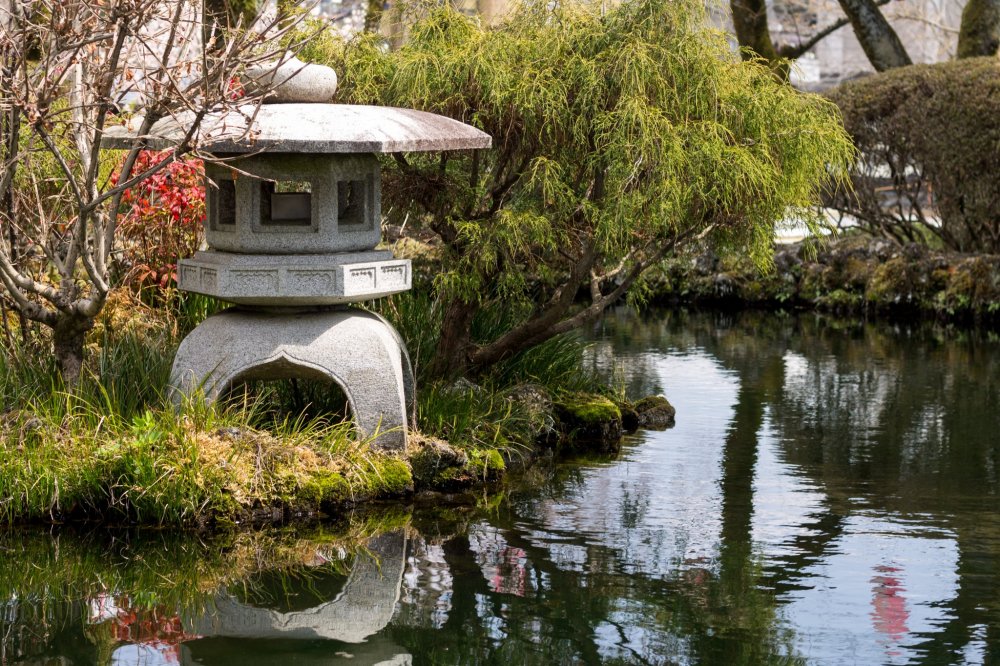 The Mirror Pond lies just before the shrine gates 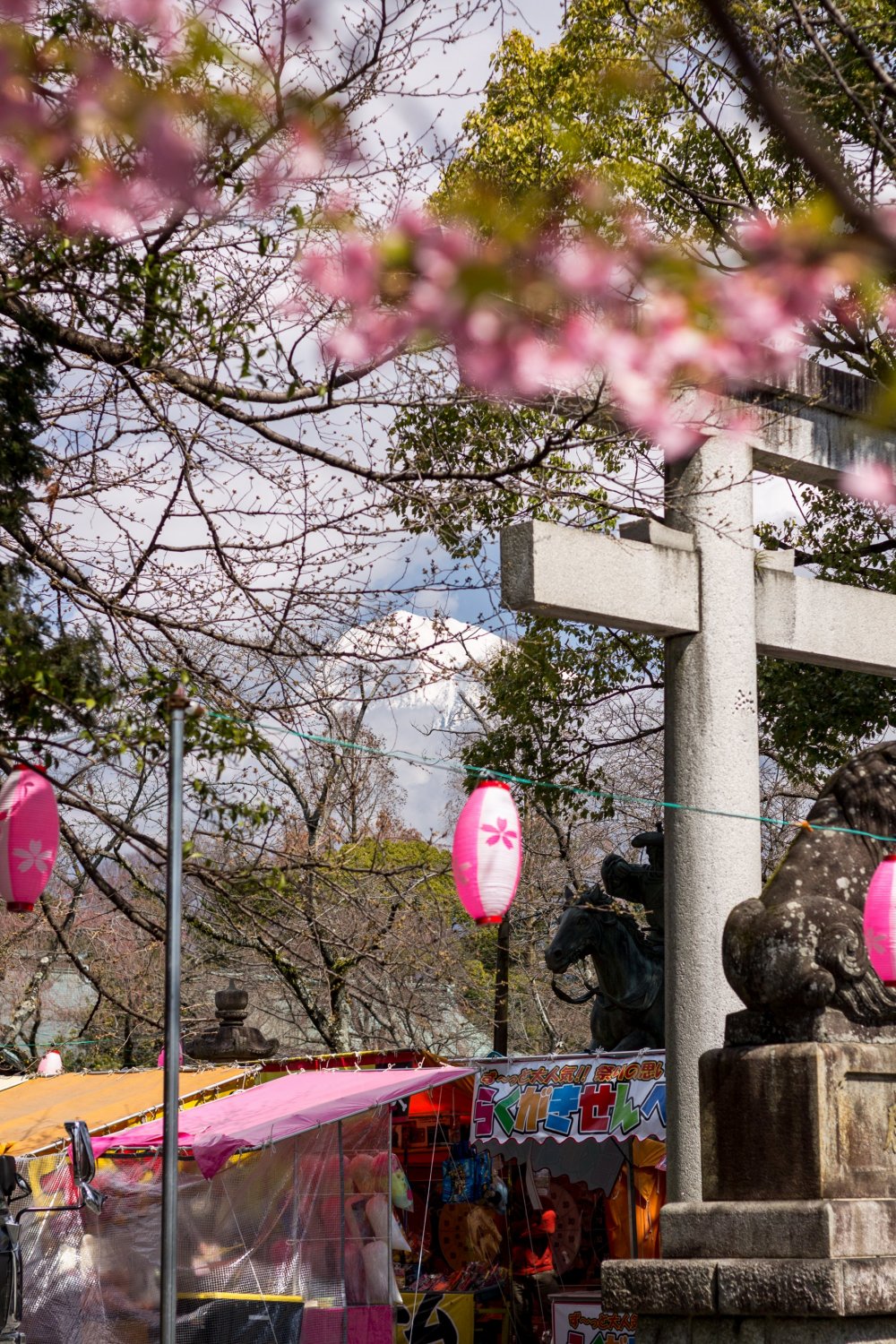 Looking past the spring festival booths, you can see Mount Fuji through the trees 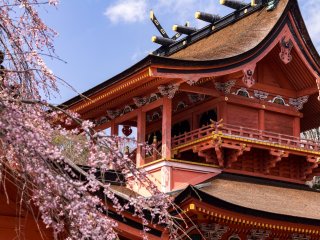 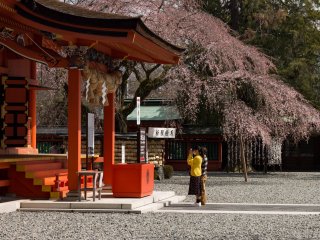 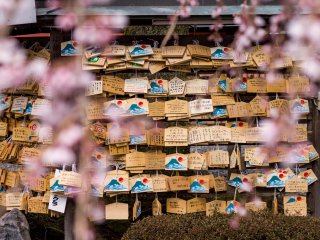 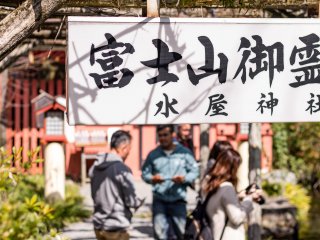 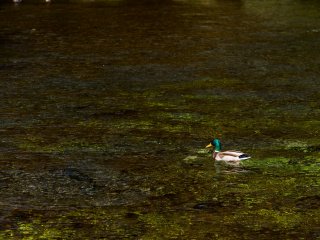 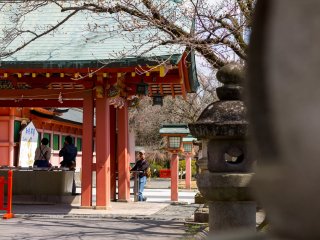 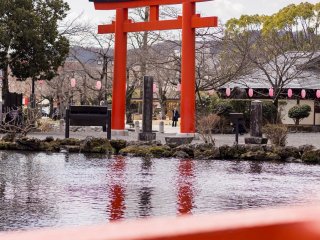 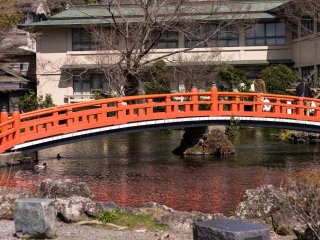 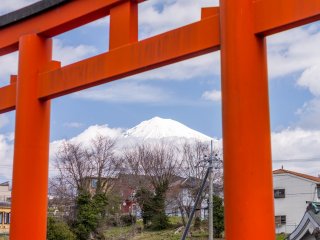 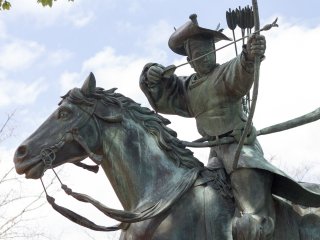 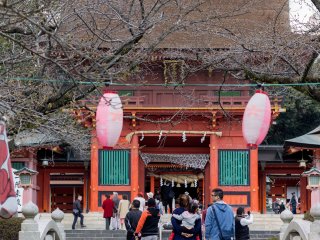 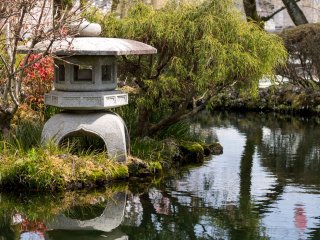 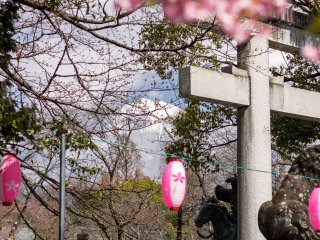 Fujisan Hongu Sengen Taisha, which is the head shrine for over 1,300 Sengen shrines in Japan, has a history which pre-dates historical records. According to legend, it was built between 29BC and 70AD, founded by Emperor Suinin, the 11th emperor of Japan, in order to pacify Mount Fuji, which was active at the time. It was later rebuilt at its present location by Emperor Heizei, the 51st emperor of Japan, between 773AD and 824AD. Over the years, many famous clans have been patrons of this shrine, including the historical figure Tokugawa Ieyasu, who built the existing shrine buildings in 1604. While many of the original buildings were lost in the great earthquakes of 1633 and 1854, the inner shrine, outer shrine, and tower gate remain.

This shrine holds annual horseback archery festivals, and is considered to be the main entrance to Mount Fuji due to its position on the traditional pilgrimage path from Kyoto. Many climbers make a stop here before heading to the 5th station, halfway up the mountain, to begin their trek. The grounds actually extend to the top of Mount Fuji as well, with the land extending from the 8th station to the top being officially a part of the shrine.

Elena Lisina 2 years ago
Oh, sorry, I meant not the name of the jinja, but the monument of the samurai - his name is Minomoto no Yoritomo as I know.
Reply

Illaura Rossiter Photographer a year ago
Oh! Thanks for that! I'll put in the correction now! :D
Reply

Elena Lisina 2 years ago
Oh, sorry, I meant not the name of the jinja, but the monument of the samurai - his name is Minomoto no Yoritomo as I know.
Reply

Illaura Rossiter Photographer a year ago
Oh! Thanks for that! I'll put in the correction now! :D
Reply