Before I came to Japan - in fact, before I went to Mishima - I had never heard of Bernard Buffet. A Parisian artist active from the 1940s, he was called 'The last big artist in Paris' by no less a luminary than Andy Warhol, and was a member of a group which also included Henri Matisse. One of the museums making up the Clematis Garden up in the foothills towards Mount Fuji, the Musee Bernard Buffet is dedicated to his work, with a comprehensive collection of his paintings.

To get permission to take pictures I needed to speak with the friendly, English-speaking curator; she gave me not only that permission, but also a translation of the information about the exhibition, which I'd neglected to pick up from the ticket counter. (There was some English explanation around the galleries, but some of it was only in Japanese.) I didn't need this to enjoy the paintings themselves, but it was very interesting to read about the social and political context in which Buffet lived and worked.

The first couple of rooms held a representative sample of paintings from throughout his career, in his consistent, distinctive signature style, all muted colours, die-straight lines and heavy outlines. There are self-portraits, domestic scenes, glum-looking clowns and, in one lofty-ceilinged room, three strikingly huge canvases, fully five or six metres across.

The rest of the rooms held a special exhibition of paintings from Buffet's early years, immediately after the end of World War 2 and the liberation of Paris. These show that he developed his style more or less as soon as he started painting, and his paintings reflect the simple reality of his impoverished life: sparse interiors, unpopulated suburban streets, bleak country landscapes.

According to the text, Buffet was seen as 'a witness to his age' - that was also the name of the group he belonged to - and these paintings do strongly evoke the sober but restless atmosphere of a country recovering from the privations of war, with the emerging cafe jazz scene meeting the existentialism of Sartre.

As well as the Buffet galleries, there's one room in a separate wing that hosts temporary exhibitions by different artists; and near that there's 'kodomo-no-bijutsukan', the 'childrens' art museum', actually a play area with a variety of toys and activities for tots, toddlers and young children. Then, adjoining the neighbouring Treehouse Cafe, the museum shop sells a whole range of goods including cards, stationery and books, toys, art supplies, and ornaments.

The Clematis Garden is a bit out of the way, so if you don't have your own transportation, you'll need to take the free shuttle bus, which leaves every hour from stand 3 outside the north exit of Mishima Station. The bus stops first at the Clematis Garden and Vangi Sculpture Museum, then goes on a couple of minutes to the Musee Bernard Buffet. 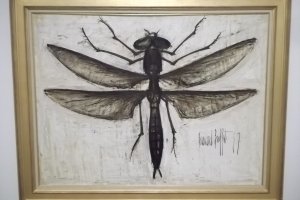 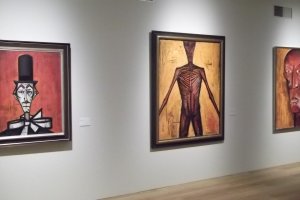 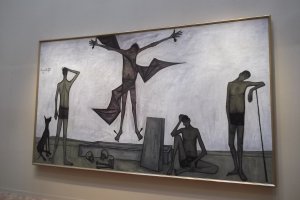 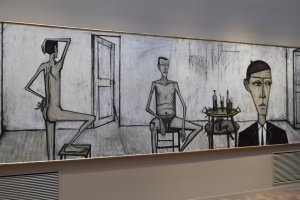 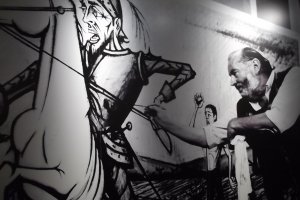 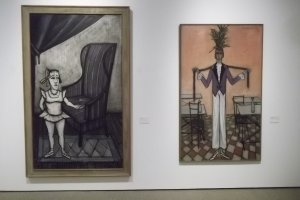 Peter Sidell Author 5 years ago
Thank you Victoria! The Clematis Garden is a nice place to spend a day - there are a couple of other museums, the soccer museum just down the road, a nature park, and a handful of shops and restaurants.
Reply
2 comments in total